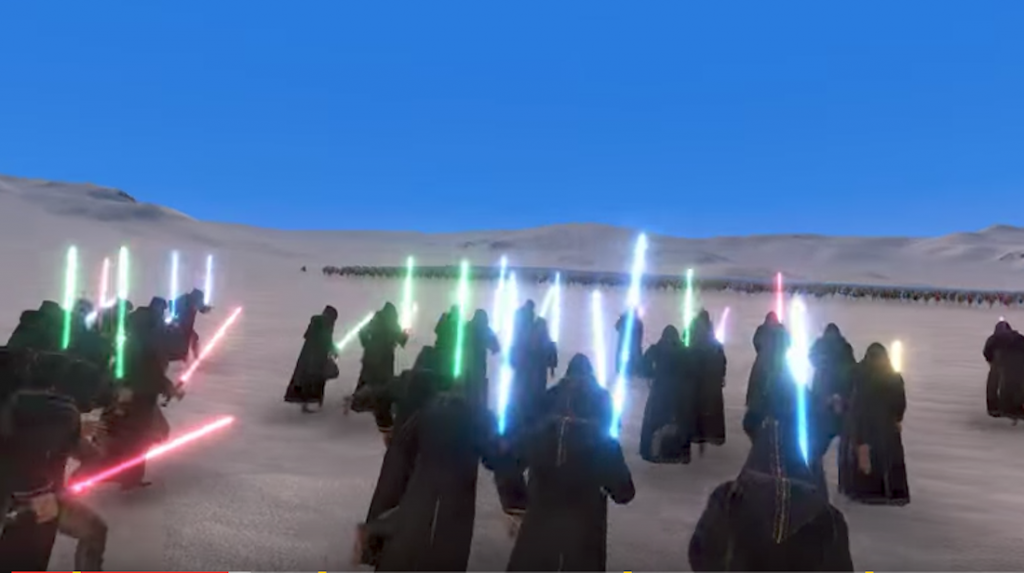 Ever wondered how medieval soldiers would fair in battle against Jedi warriors? I, personally, have not, but I’m glad someone else did. Thanks to some enquiring minds, a battle simulator that pits fan-favorites (like the Jedi) against other fighting forces has found its way to the web. One of the latest videos featuring this simulator shows several iterations of footmen facing off with Jedi, with the simulation operator steadily working to find the number of soldiers it takes to bring down a lightsaber-wielding knight. In the final epic battle, three hundred Jedi take on – and best – sixty thousand foot soldiers, though not without some heavy losses.

Beyond being a diverting way to spend several hours, this simulation game shows just how deep the Star Wars craze runs. Just one of the many ways the Star Wars universe has been extrapolated by the fan base it has built up over decades, this simulator joins the myriad video games, books, LEGO sets, and other paraphernalia that have already cropped up. And with Star Wars: The Last Jedi hitting theaters this December, audiences will surely be on the hunt for anything and everything Star Wars related that they can get their hands on.

While Star Wars is set in a world galaxies far, far away from our own reality, this simulation is a satisfying mashup of real world and fantasy, and is sure to please anyone who appreciates the Jedi fight sequences from the films. That said, perhaps this world’s lack of lightsabers is, in fact, for the best.