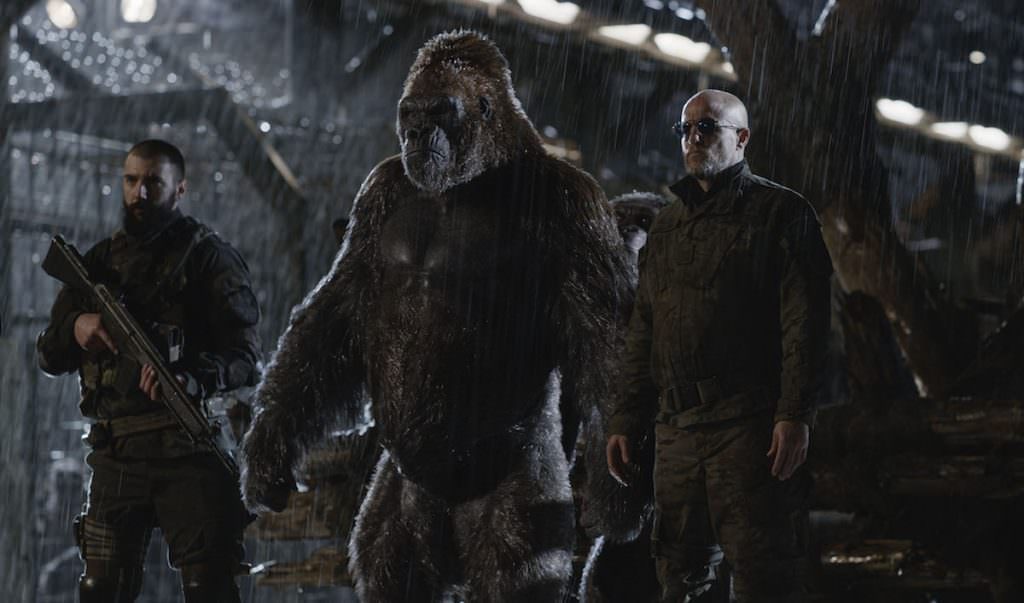 Not only will this video show you how the world has drastically changed within the film, from the human-dominated first film to the wild, super intelligent ape-dominated one in the final, but it also does a great job of showing just how far the motion-capture technolgy that undergirds the film has come. It’s a brisk, thrilling hustle through the major plot points that have led to the upcoming film, beginning with an attempt to cure Alzheimer's disease (the "miracle cure" that created a virus that made humans weaker and apes smarter), up to the current film, in which the Colonel (Woody Harrelson) will stop at nothing to destroy Caesar (Andy Serkis) and his ape cohorts. As we've written before, one of the great aspects of this masterful reboot is how firmly your heart is on the side of the apes. This video is a great showcase for just how excellent this reboot has been.

Featured image: War for the Planet of the Apes. Courtesy 20th Century Fox.