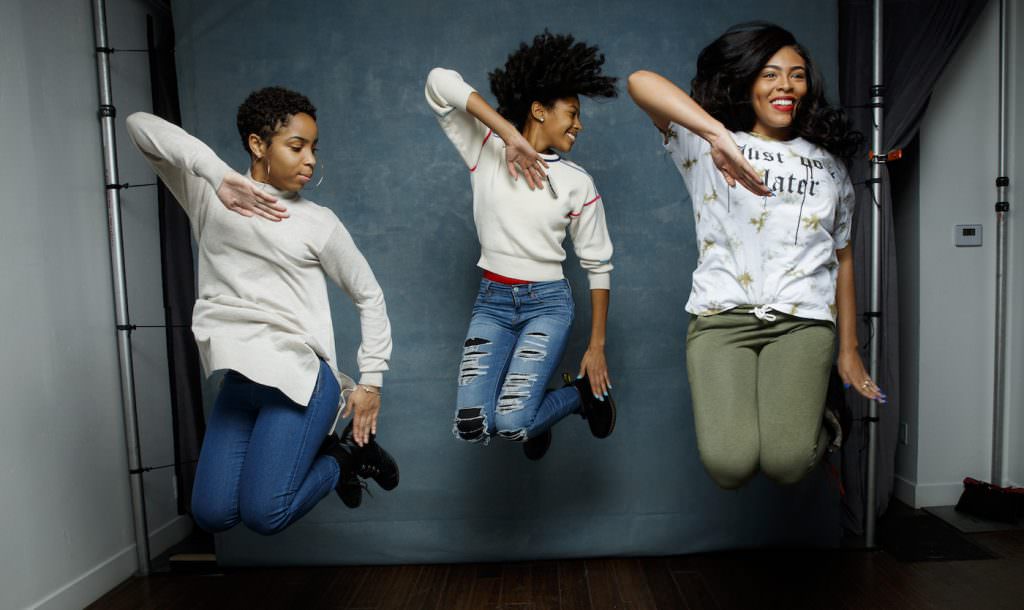 Ever since Step wowed them at Sundance, the documentary that follows an all-girls step-dance team at an inner-city charter school dedicated to helping female African-American students pursue a college degree has been winning fans at festivals. Even Michelle Obama gave her seal of approval to “Step” in May, when the Lethal Ladies squad from the Baltimore Leadership School for Young Women (BLSYW) performed at a National College Signing Day event in New York City.

This timely doc, one that both enlightens and entertains as the team prepares for an area-wide competition in Bowie, Md., offers fresh talent behind and in front of the camera while focusing on three members of the first senior class to graduate from the school that opened in 2009. One of the founding forces behind BLSYW is Baltimore native Amanda Lipitz, 37, a Tony-winning producer of Broadway shows and maker of documentary shorts for non-profit groups.  Step is her first foray into directing a feature-length film.

The standout onscreen, however, is Blessin Giraldo, 18, who just finished her first year as part of Coppin State University’s BridgeEdu program in Baltimore.  What she sometimes lacks in academic skills and confidence, she more than makes up with sheer initiative, physical presence and talent as the founder and captain of the Lethal Ladies. While her fellow step members, shy class valedictorian Cori Grainger and outspoken Tayla Solomon, face their own hurdles at home, Giraldo with her movie-star looks and sometimes fragile nature especially tugs at the heart while her single mother, Geneva, copes with debilitating depression.

It’s time to meet both of these talented ladies of Step, first Lipitz and then Giraldo, who both paid a visit to Washington, D.C., following  the film’s premiere in Baltimore before its Aug. 4 release.

Amanda, have made this leap into making a full-length film for the first time. But at least you are familiar with your subject because you were involved in making this school a reality. But I was wondering, since you have known the girls from the time they were in the sixth grade, did you have to look at your subjects a different way when you were shooting?

When I originally met them, I wasn’t even thinking about a documentary. Although, when people saw my shorts, they said, “You should make a documentary.”  I grew up loving movie musicals. That was my life, my oxygen, when I was a little girl. Bye, Bye Birdie, The Wizard of Oz, The Sound of Music.  But I did not know step. When Blessin invited me to come film the step team, I didn’t really think anything of it.  I just thought this girl is adorable, I’ve connected with her since she was 11, and she wants to be on Broadway. I didn’t know how step would affect me, how it would speak to me, because it wasn’t part of my culture growing up. I did research, because I wanted to know what it is before filming it and I read it was a collegiate sport.  I thought, whoa, that is so subconscious that these little girls who were going to a school where college was the ultimate goal started a step team to keep them connected to school. As a musical person, you couldn’t make it up. 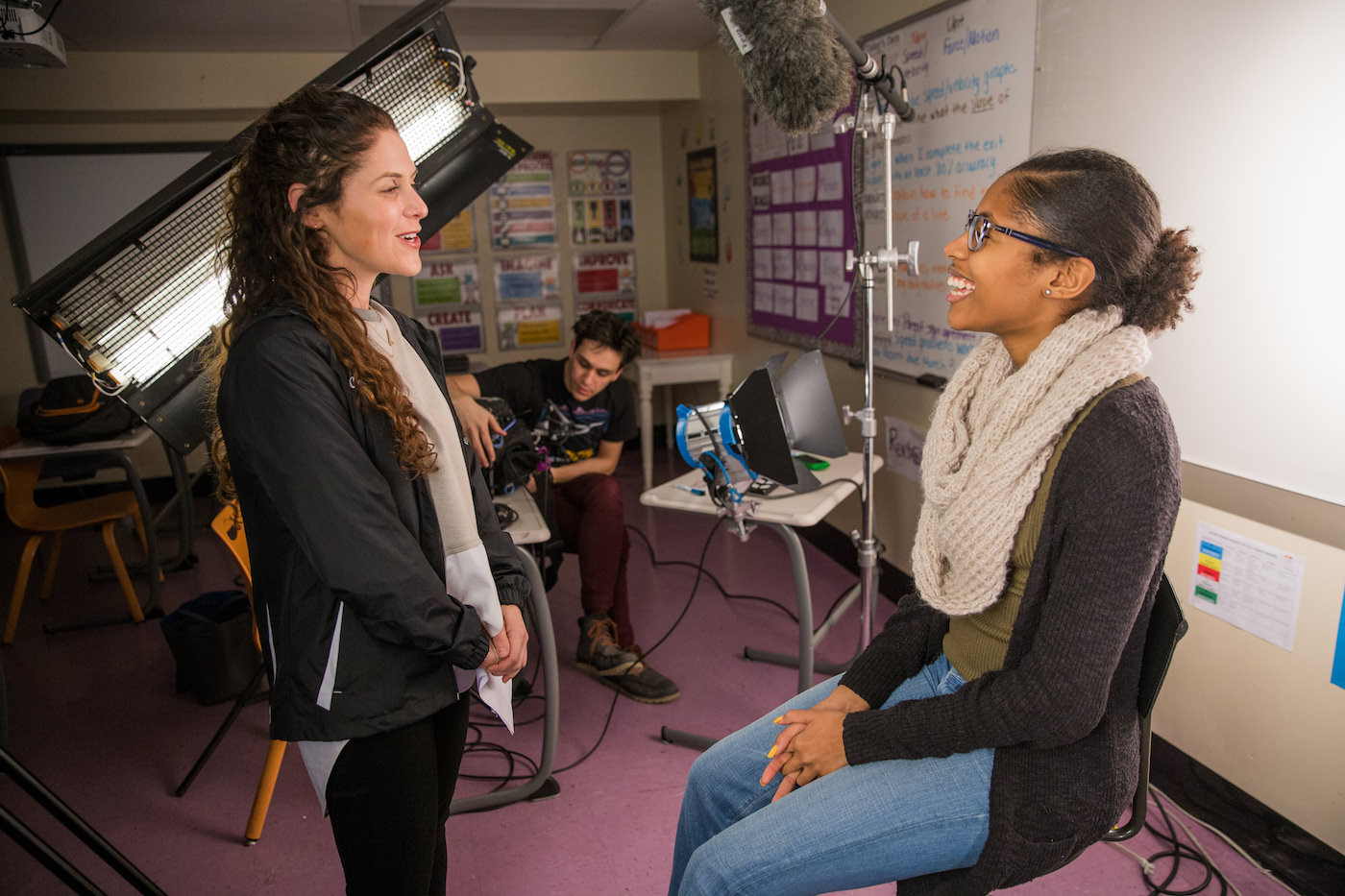 To have the city’s reaction to Freddie Gray’s death while in police custody as part of the opening scenes and inspire a routine gives an added relevance to what the school is attempting to do to better lives. What I also appreciated is that you included the stories of the mothers of these girls and show what happens when you don’t have these kinds of opportunities.

Their stories, however, turn what could have been stereotypes on their head. The teenage mom, who against all odds, went from homelessness to her daughter getting a full ride to Johns Hopkins. And having Tayla’s mom,  a corrections officer, a black woman saying, “When I was growing up, the police  were my biggest heroes.” Also, Blessin’s mother. When you see her, you think you know her. And then you realize how much she loves her daughter and she is the survivor of a horrible mental health system in this country. What you are experiencing is what I experienced. I learned these stories while I was filming. I knew them very well but I didn’t really know them. I didn’t meet Blessin’s mother until we did the movie.

You have said that you could have picked any three girls from the step team to focus on. But Blessin, Cori and Tayla’s circumstances provide an interesting contrast to one another.

Blessin was the one who asked me to film them, was the captain and is an amazing stepper but academically struggled. Cori came alive when she stepped and she was No. 1 in her class from the very beginning. Tayla didn’t start stepping until the ninth grade and she came in like a frigging freight train. And her mom was on the sidelines and she was awesome. She was the den mother to all of them.

The step routines are quite rousing and the challenges facing the girls are quite moving. But I was most touched by the school’s college counselor Paula Dofat, as she pleads Blessin’s case for special assistance to get into college as she breaks down into tears. Her dedication is astonishing.

I first met Paula when I was making a short in New York. The girls in Baltimore were in the eighth grade. And she was crying to me on camera about an undocumented valedictorian that she couldn’t get money for. I was crying with her and thought, “This woman is amazing.” And during that interview, she told me she had to move to Baltimore. I said, “I know a school there that needs a college counselor.”

Did you worry about how the team would do at the final competition?

For me, they would always win because they were going to go to college. 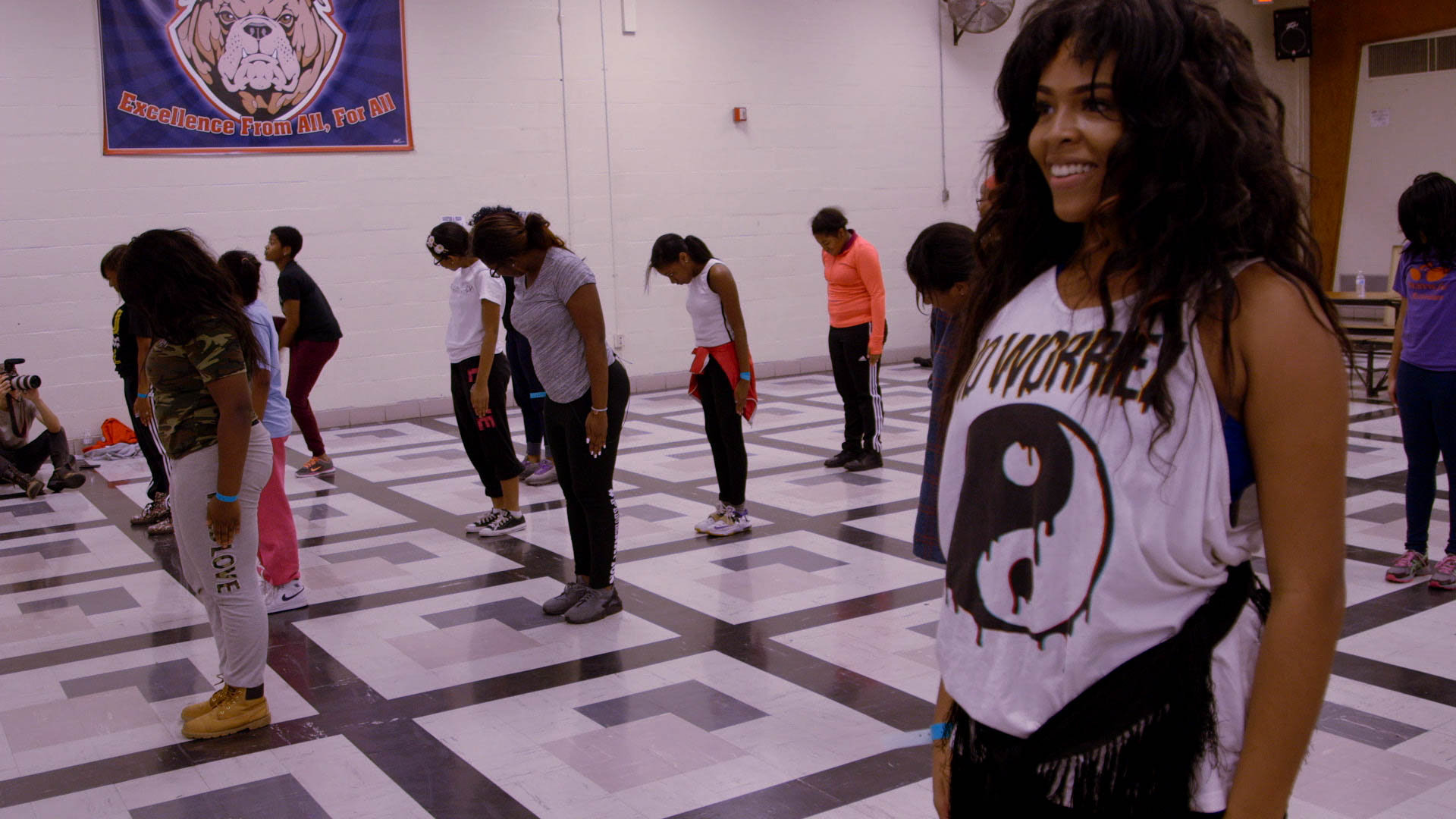 You are self-taught when it comes to step, Blessin. What got you hooked?

Blessin Giraldo: I was 11 years old. It was the summer before I enrolled in BLSYW. And I went to an exhibition at Morgan State University in Baltimore with a guidance counselor. I looked at the stage and see something I’ve never seen before. And it was guys in a fraternity and women being part of a sorority, and they were doing tributes and stepping and screaming and making funny facial expressions. I was so intrigued by why were they so passionate about what they were doing. That is what drew me into step. I went home that same night and I typed in “step” on YouTube. Then I saw a lot of people doing it and I thought I could do it, too. I was familiar with hip-hop and pop, but stepping was something grander to me. It’s about who you are and your self-concept. And I was a little girl looking to find out who I am and where I fit in the world.

I saw you audition on So You Think You Can Dance. Now the whole team will be on the show on Aug. 14. When judge Nigel Lythgoe told you he wanted all the Lethal Ladies to perform, was that just a promotion since the show is on Fox and Fox Searchlight is distributing Step?

That part wasn’t promotion. Actually, it wasn’t even like you have to go and do this. So You Think You Can Dance has always been a show I always loved and looked up to.  Going on there is a risk scary as hell and that is apparently what I’m all about. A dancer goes to this big audition and they are going with the waltz, or maybe bachata, ballet, contemporary or modern. But most of them aren’t professionals in all playing fields. It was an opportunity that was on the table. And I am all about opportunities. Just trying. It was more about showing the world that stepping is a part of the arts.

At the end of the movie, it seemed as if you were helping out as a coach with the school’s team.

I was going to Coppin through a BridgeEdu program. I took courses to help me transition into college. But I continue to go back every day. I wasn’t involved too much socially in my college experience. I have a huge legacy in Baltimore and my school, so if I can do anything to go back and help them, I will.

You seem very at home in front of the camera.

I will not say that I never wanted to be on the big screen. I’ve always wanted to be an actress on the Disney Channel. But this is a completely different role. This isn’t turning it up for the cameras. Yes, at times it was hard for me to talk about things that I was going through in my social life or my home life. But my purpose was bigger than me. It was to help someone and to look at my story and to interpret it anyway they want. Maybe it’s about their marriage, about their business, maybe about their dog or mom. But to just take something away from it.

It was fun waiting to see your final routine and whether your team finally won the competition in your last year at the school. But what was even better was the fact you got to go to college. How are you doing? You have to maintain a 3.0 GPA to stay in your campus housing.

That wasn’t as easy as you think especially in my first semester.  I had to figure out what kind of student I was. I definitely called Cori sometimes to get some help with math. And Tayla’s mom, she calls me all the time and she knows a lot of people at my school. She’ll ask, “Why is your grade slipping in this class?” I’m still in my housing and I’m looking forward to just going back in the fall.

What is the best reaction you have heard from people who have seen Step?

Someone told me that I am one of the luckiest girls in the world right now. When I heard them say that, I thought, “What do you mean?”  I thought about it for a couple hours and at 1 in the morning, it was still in my mind. Why would that person say that? What I came to terms with was, for me to come from where I come from and continue to want to be this amazing figure. I never let those odds define who I was and what I am and where I can go. And now I always us my platform as much as I could, whether it was the step team or going to competitions. Now I have a movie and I have so much support from so many different people. I’m reaching people. I’m touching people.