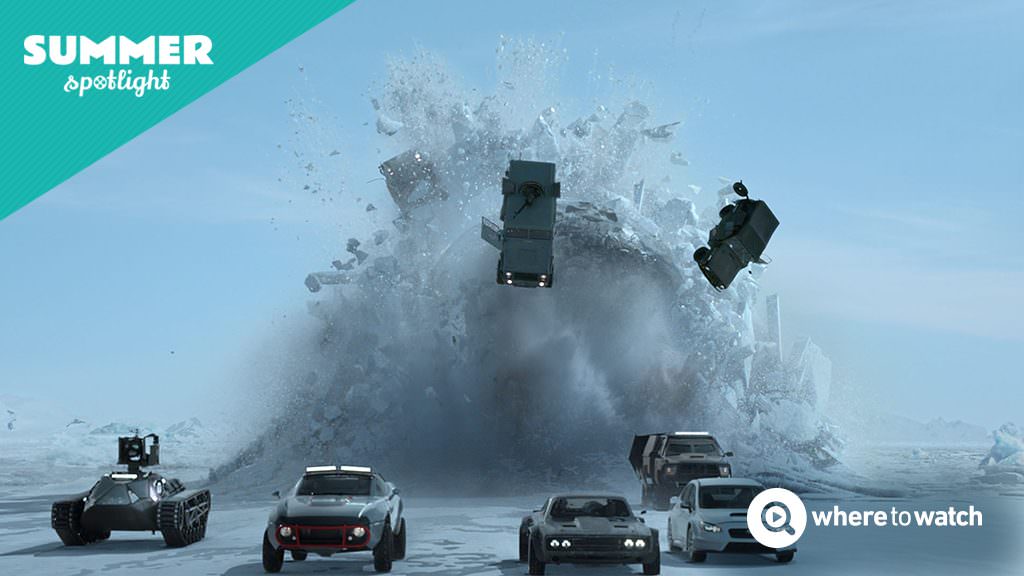 Summer Spotlight: Eight Chilly Movies to Cool you Down

Summer is in full swing – and across the country, it’s hot.

Families are flocking to neighborhood pools and nearby beaches. However, for those without access to a large, cold body of water, an indoor, air-conditioned movie is one of the best ways to escape the scorching summer heat. To help you beat the heat this summer, we’ve compiled a list of chilly films to provide the cinematic illusion of cool as the temperatures outside rise.

Loosely based on the true story of the Jamaican national team’s bobsled debut in the 1988 Winter Olympics in Calgary – where temperatures for filming averaged between 12 degrees and 38 degree Fahrenheit – hilarity ensures when three top sprinters fail to qualify for the Summer Olympics, and instead, form a bobsled team. While they may not bring back the gold, they do return to Jamaica as heroes – and make another run at the Olympics four years later.

Inspired by Hans Christian Andersen’s fairy tale, The Snow Queen, Walt Disney’s Frozen was an instant family classic when it hit theaters in 2013, even winning two Academy Awards for Best Animated Feature and Best Original Song (“Let it Go”). Set against a backdrop of eternal winter, this film is perfect for a hot summer’s day.

The latest installment in the James Bond franchise, Spectre pits 007 against the global criminal organization, Sepctre. While taking audiences from Mexico to Morocco and Austria, the film includes a high-adrenaline, special effects-intensive chase through Sölden, Austria – complete with icy peaks that reach up to 3,250km and two glaciers. These breath-taking, action-packed scenes helped make Spectre one of the most expensive films ever produced.

Any of the films in 20th Century Fox’s Ice Age franchise is sure to chill a hot summer’s day. One of the highest grossing media franchises of all time, the films follow an eclectic group of ice age animals, including Sid the sloth, the mammoth Manny, and the tiger Diego, as they contend with the changing climate and their melting homes.

The Fate of the Furious

The latest Fast and Furious installment takes car chase to a whole new level with a high-intensity chase across an ice field in Iceland to outrace a nuclear submarine. With just a little help from CGI effects, the film’s producers used real drives and real cars – in fact, more than 300 of them – to create the action-packed scenes.

This 2013 sci-fi thriller depicts a world in which an attempt to stop global warming accidentally creates a new ice age that extinguishes all life on Earth – except those aboard the train, Snowpiercer. Though an estimated 90 percent of the film was shot on a train constructed in a studio in the Czech Republic, the deadly temperatures and environment outside Snowpiercer is enough to make any summer day feel chilly.

Stanley Kubrick’s classic based on Stephen King’s 1977 novel, The Shining, tells the story of a writer who becomes the winter caretaker at an isolated hotel in Colorado – a hotel with a dark, supernatural history. If the ghosts and violent premonitions aren’t enough to give audiences the chills, the film’s icy location is sure to. According to a conversation with visionary Garrett Brown, the inventor of the Steadicam, which was used for some of The Shining’s most memorable scenes, “They used so-called ‘dairy salt' as a stand in for snow—900 tons of it…And then there was smoke—oil smoke in that era—to make things look misty and cold and wintry. We trudged through salt in the labyrinth on days that sometimes reached 100 degrees. But deep blue color timing made it all look startlingly real.”

In 2016, Alejandro González Iñárritu’s epic wilderness movie won a well-earned reputation for its long and harrowing production, as well as three Academy Awards. The story, which follows a 1820s fur trader’s fight for survival and revenge, was filmed across Montana, British Columbia, Alberta, and even Argentina in below freezing temperatures, natural light, and by the tenets of Inarritu’s now-trademark long shot structure. The conditions were by no means easy. The film’s hair stylist, Robert Pandini recalls having to “try things like freezing the hair over periods of time to see how it would react… To be able to give them that look without freezing them or harming them in any way that was a really tough challenge.” While cinematographer Emmanuel Lubezki recalled in an interview with Variety, “You have to learn how to manage your energy, because you want to use it to shoot the movie,” he says. Meanwhile, “your body is starting to say, ‘Go back to the hotel! … Go back to the hotel!’” In fact, Tom Hardy nearly froze to the ground during filming!