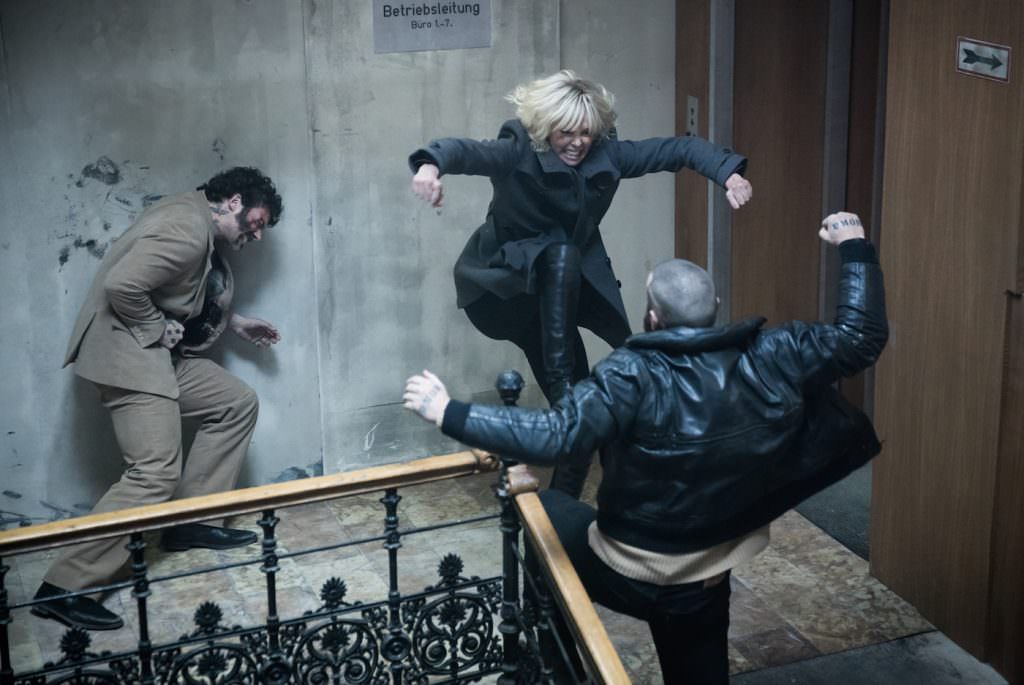 See how this Insane Stunt in Atomic Blonde Was Pulled Off

Director David Leitch is one of the film world’s premiere stunt choreographers. The former stunt coordinator made his name helming the first John Wick, and he brought his talents for creating mesmerizing, death-defying stunts to his next film, Atomic Blonde. Starring Charlize Theron as an MI6 agent who is sent alone into Berlin to retrieve a priceless dossier, while the city is becoming completely destabilized (the wall is about to come down) and just about everyone she comes into contact with wants to kill her. This setup gave Leitch the perfect opportunity to stage breathless action sequences utilizing Berlin’s busy streets.

Leitch sat down with Yahoo! Movies to break down one sequence in particular; a wild getaway scene. Leitch explains how he got the shots, and you might be surprised to find that some of the biggest, most explosive effects are real, while some of the smallest details had to be painted in via CGI. Leith makes it clear that none of this would be possible without his fantastic crew, which includes his cinematographer, grip, and the stunt professionals who rehearsed again and again to get it right. They needed to cut a hole in the roof of the car to place a camera rig, and the timing of the crashing vehicles was such that one of the biggest moments in the stunt could only be attempted once. The sequence is a thrilling symphony of stunt work, acting, and subtle digital wizardry.

Atomic Blonde is in theaters now.