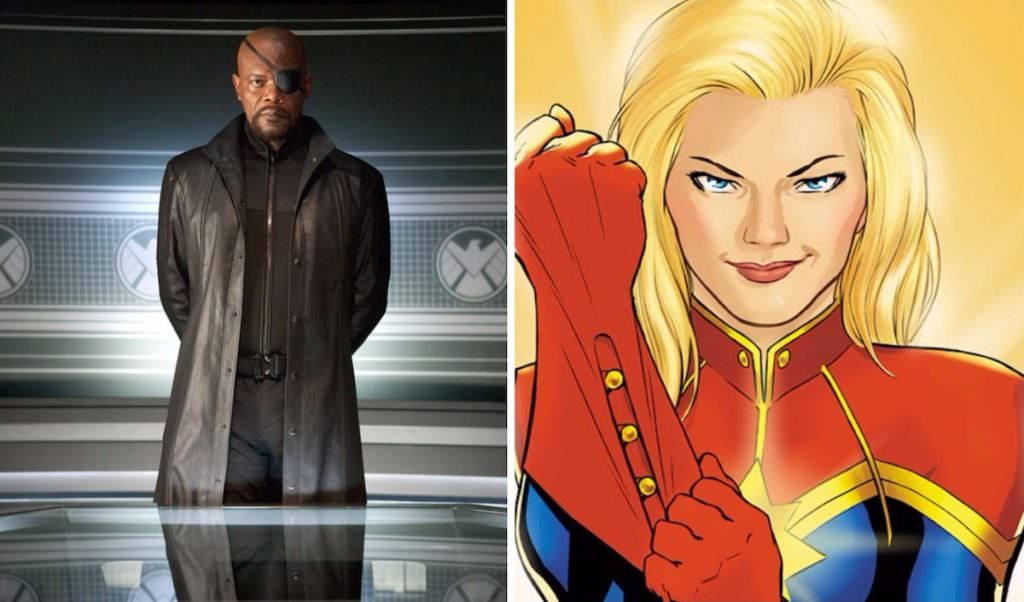 Every once in a while, someone on a fan site will toss out a theory or a rumor, like, say, Samuel L. Jackson will be returning to the Marvel Cinematic Universe for the first time since 2015’s Avengers: Age of Ultron, and turn out to be right. Now Deadline is reporting that Jackson’s Nick Fury will be making an appearance in directors Anna Boden and Ryan Fleck’s Captain Marvel.

Fury is arguably the lynchpin to the entire MCU, the main mover and shaker (aside from the big bad Thanos, that is) who is responsible for getting our disparate heroes together. He’s also had a very rough go of it, taking a lot of the blame for their collateral damage and taking on some damage himself. Remember that he was thought to be dead for part of 2014’s Captain America: Winter Soldier, after he’d been shot.

As for Captain Marvel's origins, they're not nearly as linear as you might expect. In the film Captain Marvel, Brie Larson will star as Air Force pilot Carl Danvers, making her the first female-led superhero in the MCU, with a release date scheduled for March 8, 2019. In the comics world, Danvers was actually the human sidekick to the very alien original Captain Mar-Vell, her character debuting in 1968, and she didn't end up getting her own superpowers until the mid-70's, and still had until 1977 until officially becoming Ms. Marvel. Eventually the Danvers version of Ms. Marvel died from cancer in a 1982 graphic novel, not attaining the Captain Marvel official title until a 2012 tribute. In the cancer timeline, Danvers was replaced by Kamala Khan, the first major Muslim character in a Marvel comic, who took on the moniker of Ms. Marvel.

Confusing? Slightly—this is the often the case when you start looking back on a character’s history in the comics. What we can be sure of is that if the master explainer of the MCU, Nick Fury, is indeed in Captain Marvel, he’ll do a better job of situating the cinematic Danvers/Captain Marvel in the larger superhero universe. He’s been doing that for the Avengers for a long, long time.