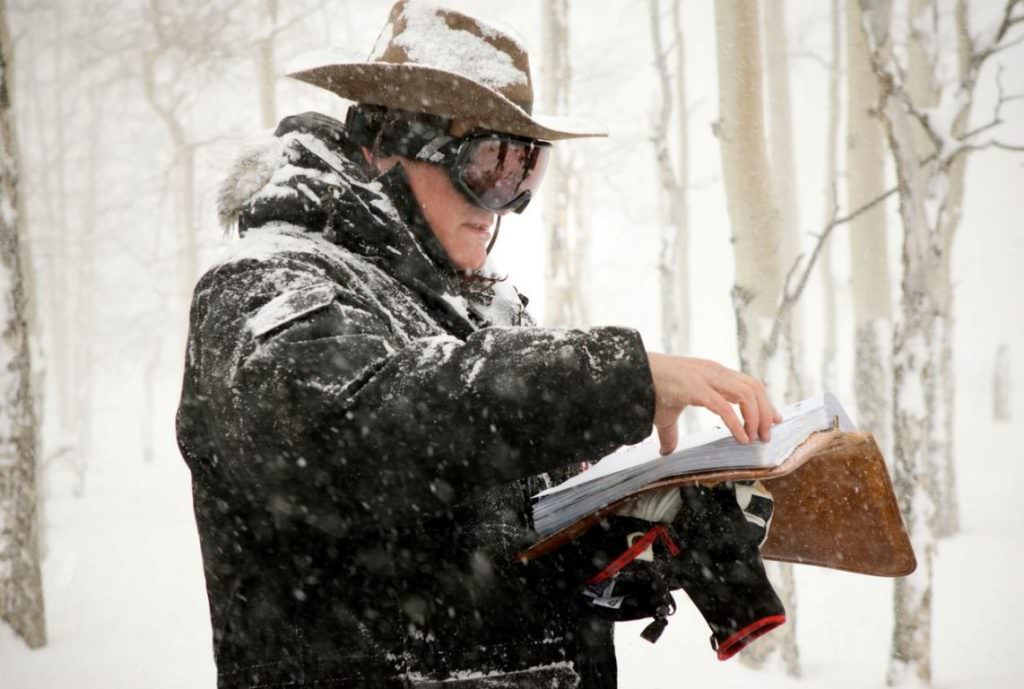 We mean this in a good way; we can’t think of a better director to tackle a film about the Charles Manson murders than Quentin Tarantino. The scoop comes from The Hollywood Reporter, which has it that Tarantino is already in talks with actors, and one can only imagine the mayhem of a movie about the most infamous murders in American history through Tarantino’s lens.

THR reports that Tarantino has already written the script (naturally he’d direct), and his longtime collaborators Harvey and Bob Weinstein are involved. While it’s very early days here (and Tarantino projects have been delayed before, just recall what happened to his last film, The Hateful Eight, which Tarantino had to re-write after the original script leaked), it looks as if the Weinsteins are looking for co-financiers and co-distributors. As THR notes, this is the same way they made Tarantino’s Inglourious Basterds, which Universal Studios partnered on.

Speaking of Inglourious Basterds, that film’s star, Brad Pitt, has already been approached, ditto Jennifer Lawrence. The hope is to start shooting the film in the summer of 2018.

While little is known about the script, what THR hears is that it centers on Sharon Tate, the famous actress (and wife of director Roman Polanski) who was murdered by Manson’s followers in 1969 (along with four others in the house). This murder, which took place over the evening of August 8 in what became one of the most gruesome mass murders in American history, was terrifying rendered in the book "Helter Skelter", by Vincent Bugliosi and Curt Gentry. It was actually a case of mistaken identity, as Manson believed the house belonged to a record producer who had rejected him. Bugliosi was the prosecutor in the 1970 trial of Manson, in which he and several members of his "family" were convicted in 1971, and were sentence to life imprisonment.

This would mark the first time Tarantino made a film based on true events, but he has made a career on turning blood, pulpy genre films, and general mayhem on screen into vehicles for A-list actors to give career performances (or ressurect their careers), and if this film comes to fruition, you can have no doubt the cast will be as sensational as the material.

Featured image: Quentin Tarantino on the set of The Hateful Eight. Courtesy The Weinstein Company.