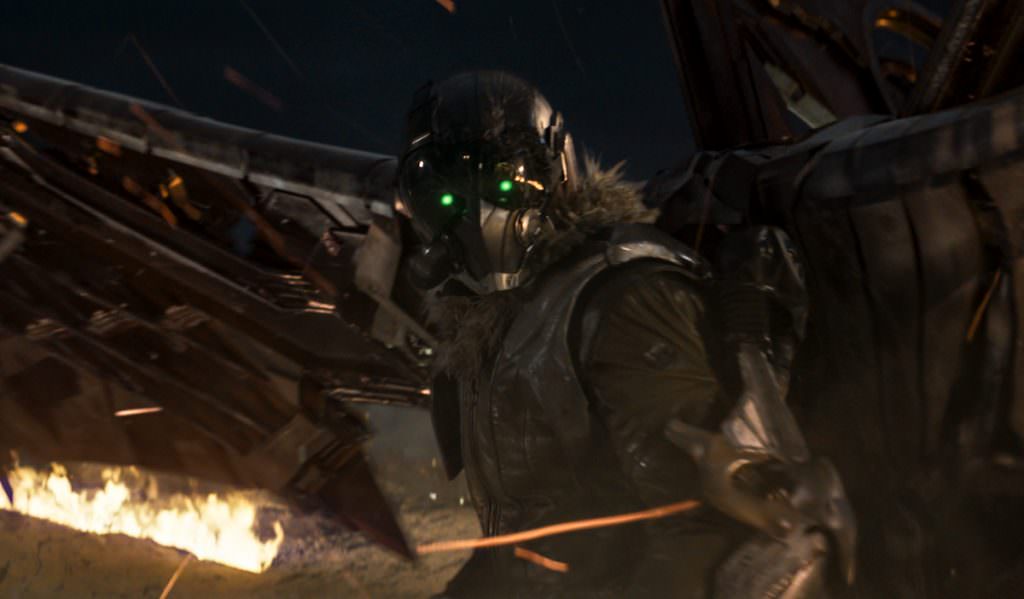 By now you've already heard how good Spider-Man: Homecoming is. We've already told you about how Marc Daniel of the Toronto Sun called it "one of the best films in Marvel's cinematic universe," while Entertainment Weekly’s Leah Greenblatt marveled that the fact "the movie comes off as loose and sweet and light on its feet as it does feels like sort of minor Marvel miracle." And while everyone enjoys Robert Downey Jr.'s Tony Stark (he has a fairly big role here), there was plenty of praise for Tom Holland, the new Peter Parker.  Peter Travers of Rolling Stone wrote that "Tom Holland is the best movie Spider-Man ever. He finds the kid inside the famous red onesie and brings out the kid in even the most hardened filmgoer."

The film is also getting plaudits for its fun, young, diverse cast, including Jacob Batalan, Donald Glover, and Zendaya. Yet we think you need one more great reason to see this film, and it's the very thing every superhero movie needs—a great villain—and Homecoming has one in Michael Keaton's the Vulture.

Without giving away too much, let's just take you on a brief tour of what makes Keaton's Vulture so good.

The Vulture, whose real name is Adrian Toomes, was one of the very first villains that Spider-Man ever fought. He was created by Stan Lee and Steve Dikto and first appeared in 1963'd "Amazing Spider-Man #2," only the second super villian the webslinger ever contended with. The Vulture became one of Spidey's chief antagonists, a founding member of the Sinister Six, and a very, very smart, formidable foe.

Toomes was an engineer (and, of course, a brilliant one) whose invention, the contraption that turns him into the Vulture, gives him the ability of precise flight and enhanced strength. In the early 1980s, writer Roger Stern turned the Vulture into almost a perfect photo negative of Spidey himself. He was old where Spidey was young, he was bitter where Spidey was hopeful, and he was savvy and ruthless where Spidey was naive and compassionate.

As is the case for a lot of comic book characters, eventually the Vulture name passed on to other people, including a former cellmate of Toomes, an Empire State University professor, and, memorably, a lowlife in the Maggia crime family who was the subject of an experiment gone awry that turned him into a grotesque, acid-vomiting version of the villain. Naturally, you won't see any vomiting from Keaton's Vulture in Homecoming.

While the Vulture was close to being a part of a Spider-Man 4 (with John Malkovich in the role, no less), Michael Keaton's version is the first we're seeing on the big screen, and the actor and the character are getting rave reviews. In fact, in a fitting place for such praise, Vulture's Abraham Riesman calls Keaton's Vulture "the best movie villian in years," although read that piece with caution as it has spoilers. Riseman is hardly the only critic praising Keaton's Vulture; Business Insider's Jason Guerrasio writes that Keaton has given "one of the best superhero villain performances ever," while Vox's Alex Abad-Santos lists Michael Keaton's villain as one of the "five reasons this is the best Spider-Man movie yet."

And this is without this super cool sequence involving a grand entrance from the Vulture that isn't even in the film.

Spider-Man: Homecoming is in theaters today.