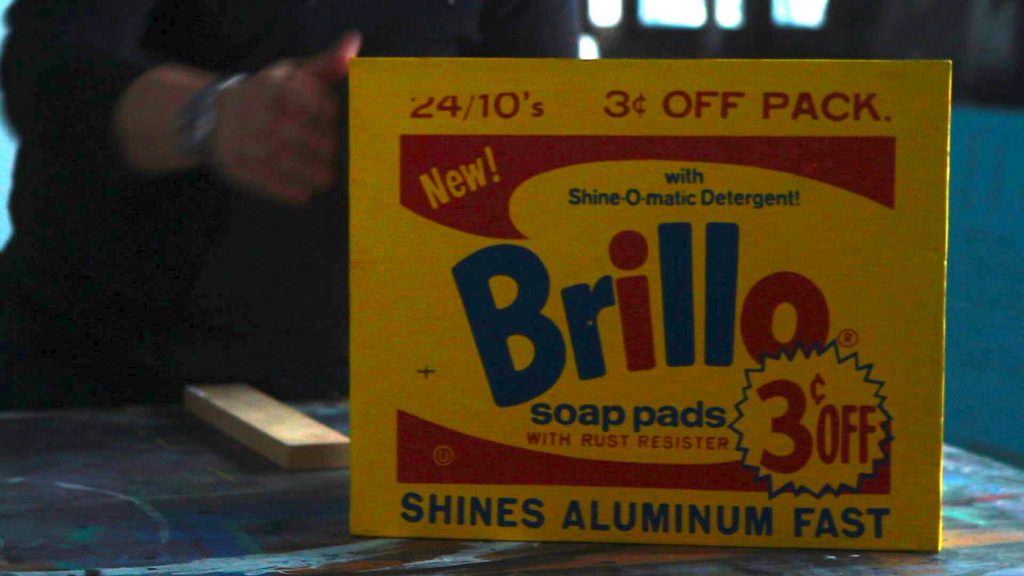 Lisanne Skyler on her Warhol HBO Doc Brillo Box (3¢ OFF)

Most people are familiar with the groundbreaking artistry of the late Andy Warhol, known for replicating the packaging of popular consumer products. For filmmaker and documentarian Lisanne Skyler, Warhol’s take on pop culture hit close to home, even in it. Skyler’s parents bought a Warhol “Brillo Box (3¢ off)” for $1,000 in 1969 — managing to get him to sign it — and displayed it in their house for two years before trading it for another artwork. Four decades later, the sculpture sold for more than $3 million at Christie’s Auction House.

Where it went between her family’s living room and the global art market piqued Skyler’s interest, so much so that she began an investigation. Her findings are captured in Brillo Box (3¢ OFF), a documentary she wrote, directed and produced that tracks the sculpture’s travels and will debut on HBO on August 7. The film, an official selection of the 54th New York Film Festival, deftly blends archival footage and photos with a shoot of the Christie’s auction and interviews with Skyler’s parents and many high-profile figures in contemporary art. It took Skyler four years to complete, and received support from a host of funders, including HBO Documentary Films, the Independent Feature Project and grant programs of the University of Arizona, where Skyler is an associate professor in the School of Theatre, Film and Television.

Among Skyler’s past credits are the feature film Getting to Know You and the documentaries No Loans Today and Dreamland. A FIPRESCI (International Federation of Film Critics) Award winner and a Film Independent “Someone to Watch” Spirit Award nominee, Skyler spoke with The Credits about both her personal and professional journeys with Brillo Box (3¢ OFF). Edited excerpts from the interview follow.

What was the impetus behind this film and how would you describe it?

This film is a blend of personal documentary and kind of a pop culture exploration. For the motivator behind this, first from a personal side, I’d always just been fascinated with my parents’ history as art collectors. Any time I’d look at the family albums, there was always that photo with the Brillo Box. I wanted just to document that moment and the influence my parents had as collectors on my family personally and also on the work itself. And at the same time, I was also fascinated with this question, which all creative people kind of go through, which is how things have value and how much often unpredictable factors collide to redirect culture, to have an impact on what we think is important.

What were your parents’ reactions to your doing BRILLO BOX (3¢ OFF)?

The way the film had begun was I just was thinking that I really wanted to do something about the history. I thought the perfect way to do that would be to try and follow the Brillo Box and not only what it meant to my own family, but also what it meant to other people and how it traveled through time and what happened to it, how it changed meaning and value. And so the film began with me interviewing my parents to kind of see what would they be like as characters on film. Would they be responsive? And beyond being my parents, I just loved listening to them, I loved watching them. They were incredibly generous, because there’s a lot of it that’s really wonderful, but at times it’s also very bittersweet, because so much has changed. But they were really great about it.

The film is an interesting juxtaposition between your family’s personal story with the Brillo Box and the sculpture’s public story. What type of balance were you looking to achieve between the two? Did your story arc evolve as you were filming and editing?

Yes, in the editing, I realized that my parents’ story and my story with my parents became much more of the framework. The balance is definitely something that evolved at editing, and definitely the earlier cuts were way too much Brillo Box history and commentary. The final cut became much more about being very minimal with this commentary so that really you could just present the facts and how people responded. 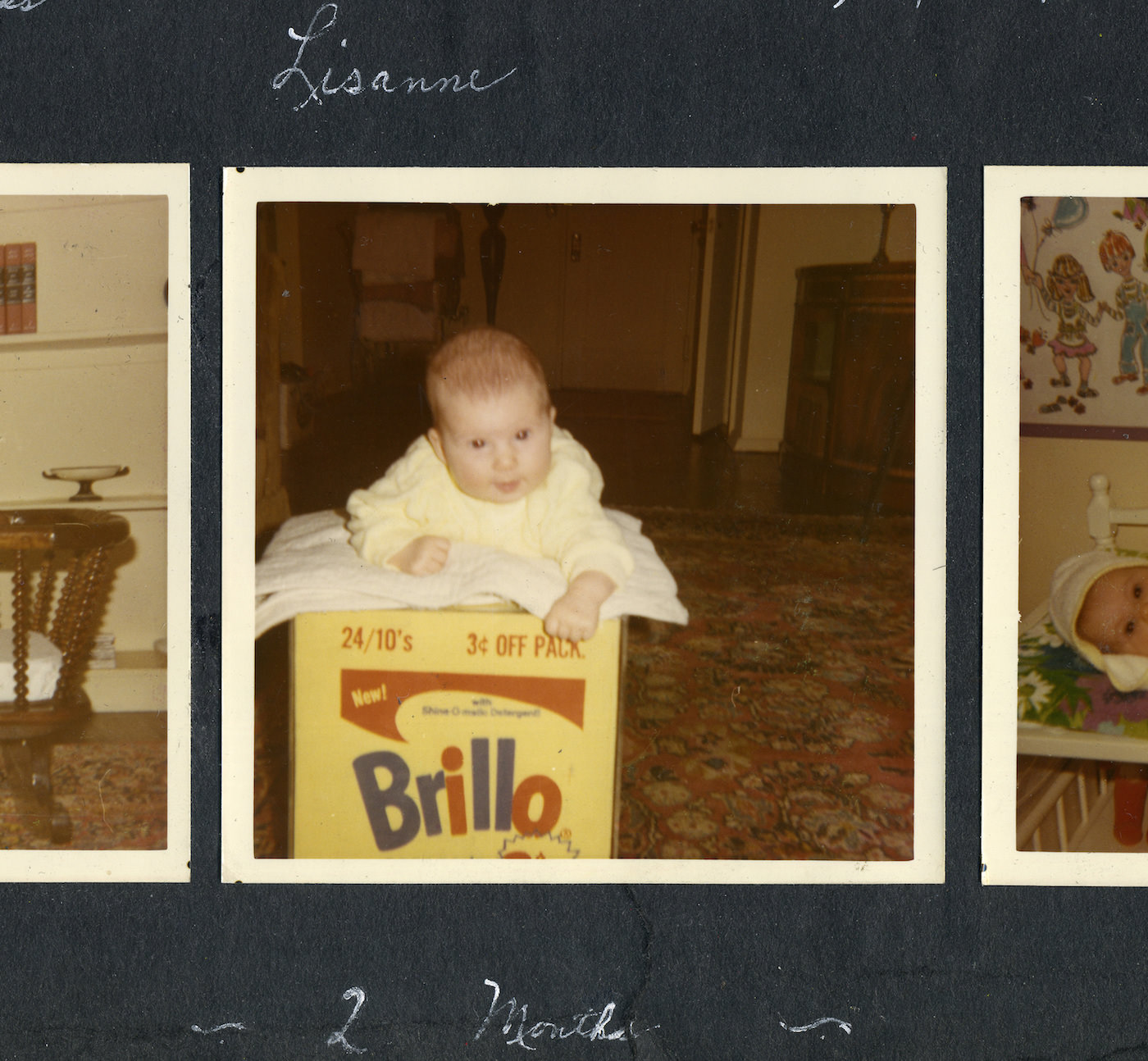 You serve as narrator of the film. Did you decide this from the outset to lend a more personal feel?

No, that was really something that HBO felt was really important. I initially had fear of narration [laughs]. Despite the fact that there are a lot of filmmakers that I admire, personal doc filmmakers that narrate, I wanted to really do it in a minimal style. I was afraid of overly editorializing. What I planned to do was keep it moving forward with very minimal like [text] cards. But it needed more.

BRILLO BOX (3¢ OFF) features a lot of archival footage and photographs, particularly of Andy Warhol. Was it difficult getting permission to use them? Was the Warhol Foundation very protective of his image and legacy?

The Warhol Foundation was really fantastic from the start. The first thing I did when I started working on this project was make contact to let them know that I was proposing this project and making sure that it wouldn’t become knee deep with the inevitable paying for licensing. Finding the right footage and photos, to really be specific about which time is what, was a very big part of the post and research.

How did you come to know the Brillo Box resurfaced at Christie’s? And was Christie’s immediately amenable to having you shoot the auction?

They were amazing about it. I actually was so new to the contemporary art world at that point, I didn’t realize the options, how they keep amazing records, a royal catalog resume, and I was just beginning to discover all that stuff. And one day my mom called me and she said, “You know it’s auction season in New York, it’s November, the fall sales are happening and Christie’s has a lot of pop art. You should see if they have our Brillo Box.” So having just begun trying to make a film about our Brillo Box, I thought that’s a level of coincidence that’s not even possible. It took several times for my mom to call me and say you should go on the Christie’s website. So one Saturday morning I picked up my phone and started scrolling through and there was our box. So my mom really found it. I guess if anything would make me believe in science and a larger power [laughs], so many things really aligned in these amazing ways.

Christie’s said yes come and film. So immediately I got a crew in there to film the viewing that they have, and then we filmed the auction. Not only was Christie’s so supportive and welcoming, they really went above and beyond. For the auction, they said, “Well, would you like to interview Laura Paulson [vice chairman of Christie’s Americas Advisory Board and senior advisor]? I was like, “Gosh, I mean I would love to,” and shortly after I began to film Laura. That was another moment where the project kind of crystallized. It was one of those interviews where you really feel something is connecting.

How was it working with HBO?

Absolutely fantastic. It truly was a collaboration. I think great collaborations push you. They expand what you can do as a filmmaker or make you feel about your film in a different way. And particularly with a personal film, it’s really easy to get myopic. HBO was like, okay this is what the audience needs, and focus on this part, or keep this part and go a little further here. And I had so much trust, because, of course, Sheila [Nevins, executive producer] is someone I’ve admired for years. And Lisa [Heller, senior producer] I’d worked with before. And Geof [Bartz, supervising editor] is a brilliant, amazing editor. I always felt I was in good hands. Sheila really has a sense of where the jugular is. She just knows, which is why she’s so brilliant.

You’ve done documentaries, feature films and shorts. Which challenges you most creatively?

They’re all different. With all films right now, the challenge is often just finding the right partners and getting the funding. But I think creatively, with documentary, I really view it as an art form. Documentaries of course provide information or they enlighten us, but I do view it as a storytelling form and an art form. So when it came to this documentary, I really felt that I wanted to push the style a lot and try to find ways to close the borders between fiction and nonfiction.