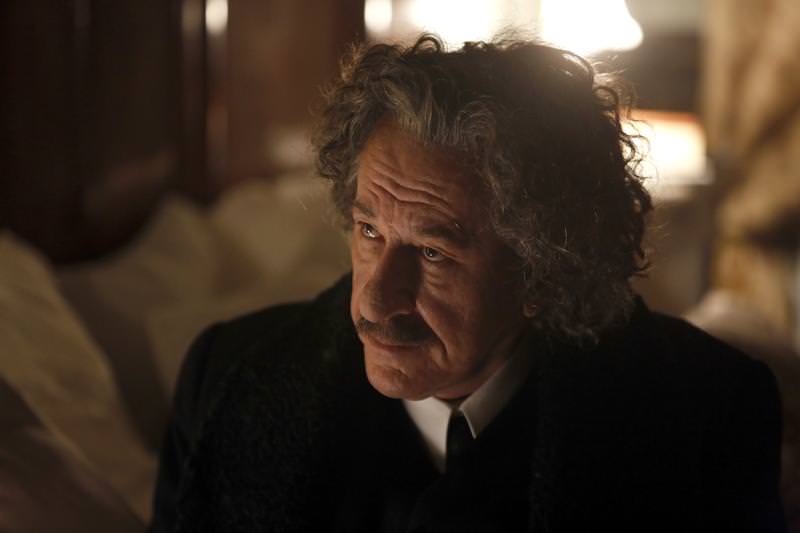 How the Genius Cinematographer Brought Einstein to a Modern Audience

Casual historians often sum the life of Albert Einstein in a single equation: E=mc^2, but National Geographic’s series Genius reveals that there is so much more to the story. Cinematographer Mathias Herndl’s work on Genius sheds a new light on Einstein’s life. The famous physicist’s reckless youth and pacifist objections that give way to his invention of the atomic bomb in wartime inspired Herndl’s dynamic filmmaking. Ahead of the season finale, we shared an exclusive clip of Herndl’s impressive work. The sweeping shots and dazzling use of natural light are an entrancing reframing of the man we thought we knew.

We spoke with Herndl about Einstein’s complicated life, bringing the story to a modern audience, reimaging historic moments from Nazi Germany, and more.

What conversations did you have with Ron Howard and the rest of the team about how Genius should look?

The first time I spoke to Ron on the phone, our conversation went straight into creative. We started right away brainstorming ideas of how do you get inside this guy’s head? How do you make a beautiful period piece and do the period justice without making it feel dusty? Ron was very intent to do a current, modern look. A lot of inspiration came from just the fact that Einstein is this character and is constantly under pressure.

As a young man he was very bohemian, womanizing, rebellious, too smart for his own good. He was questioning everything and incredibly intelligent when it came to science, but his emotional intelligence was lacking. He was not good company and had conflicts with people. He had a very strained relationship with his dad. He had strained relationships with the women he was cheating on. He wouldn’t fit in. He was constantly failing in school. He was told by his teachers that he would never get anywhere because he was not conventional. We have in the pilot, right at the top, the flash forward to the older Einstein where he has become a very conformed, settled scientist. At the same time, he was a Jewish man during the rise of the Third Reich in Germany. 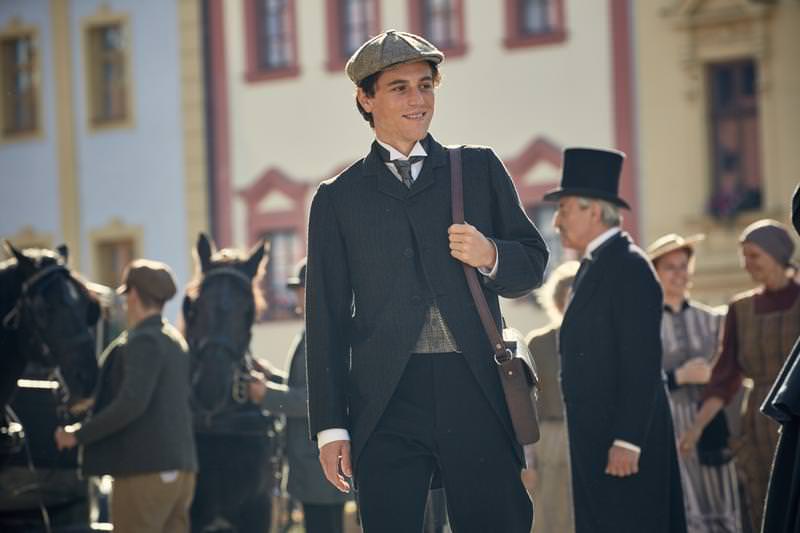 How did that shape the way you told the story?

We would use different techniques to keep the camera right on and keep the pressure on him. To record the young, bohemian, rebellious Einstein, we had a lot of handheld camera, a lot of very dynamic moves. We were shooting on a lens package that was giving us a lot of flares. The lenses were soft on the outside. The highlights would be haloing. There was a lot of imperfections. I love this kind of depth. A lot of imperfections built into them. They breathe a little when you focus. They have beautiful flaws. That combined with a very energetic camera versus the older Einstein where we used very little movement, if any. Our camera movements were very heavy and dragging and our lens package was the complete opposite of lenses that are extremely precise. We tried to use these inherently very different languages to break out the main timeline of Einstein’s youth versus his later life. All these things really came largely out of the very first conversation that [Ron and I] dove right into looking for that kind of aesthetic. That was a really exciting conversation because we both really seemed to be looking for the same thing.

What other techniques did you use to differentiate between Einstein’s younger years and the bleak later days?

Aside from the difference in camera movement and lensing, we also did different color treatment in post. We stayed away from magenta and the show has a fairly cyan undertone to it, which we kept consistent. We went deeper into desaturation while still maintaining skin tones, and keeping strong on the yellow and the red channel and also introducing in terms of production design the color prime red which is a color we avoided in his younger years and really introduced as a symbol of as a symbol of Nazi Germany, and a symbol of danger, and a symbol of pressure. And we would add it very specifically in very specific scenes and have the color prime red as an accent color. So that was in addition to the camera language. 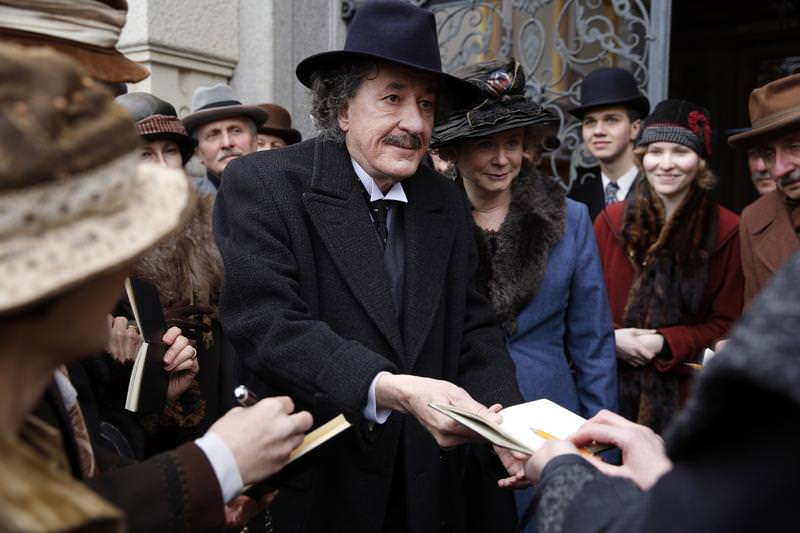 How did you make this story feel so modern?

That was a very intentional effort on our side. Because light was something that was so incredibly important to Einstein, we want to be mindful that in every shot light is a factor, in its presence or in its absence. That means strong highlights that are a little bit too hot to have the little flares, but also silhouettes and a lot of texture. A lot of darkness in the frame. You’re really making a commitment not to be scared of the dark and try to exercise light as a fact of, basically, the man. You will end up with quite a lot of mood and quite a lot of texture. That was a really fun opportunity to play with because we were, especially for the time period rebellious young Einstein, intentionally putting flaws in the frame but trying to keep them beautiful. I think that’s what kept the look fairly raw and fairly authentic and not too clearly polished. You very often have very beautiful soft light and room light to add separation and all the cameras are in the right spot and everything is very pleasantly exposed to the point where it is extremely easy on the eyes.

What was your greatest challenge on set?

I remember one thing that always stood out to me was we knew we had to shoot that moment where (Philipp) Lenard was meeting Adolf Hitler. To do that kind of thing tastefully and still serve the story was challenging to figure out. How do we treat that moment? Ken Biller, who is our show runner and writer who is literally a genius himself, was directing those episodes and I loved the way he approached it. Basically, he gave Hitler no voice and he gave him no face. He put him in front of a very big window, a lot of highlight through that window. Put some atmosphere in this room, and then lighted him completely and he didn’t get to speak. So we only know it is Hitler is because of the lighting. I think it was those things where it is such an important piece of history. You have to tell a certain element of the story, but it is very interesting how do you do it justice, but be careful about it as well? I thought that was a really great solution that Ken came up with.