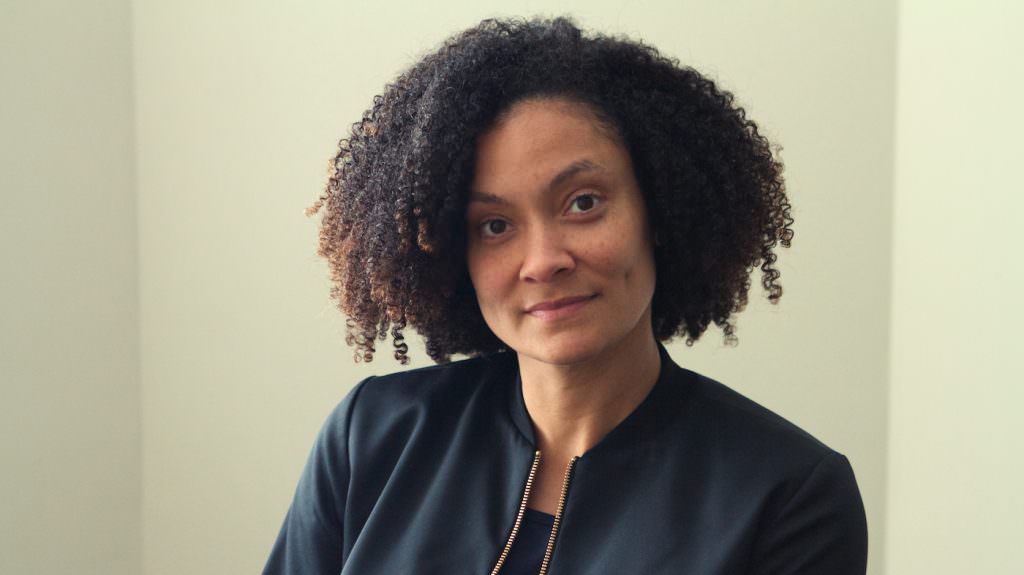 It was a no brainer for cinematographer Kira Kelly to take the call when director Ava DuVernay sought her out. The project they initially discussed didn’t pan out, but Kelly was soon tapped for DuVernay’s stirring documentary 13th. Kelly’s mesmerizing work was the perfect fit for the high pressure interviewees she filmed and earned her an Emmy nomination alongside her co-DP Hans Charles. Following the success of 13th, DuVernay brought Kelly on to season two of her hit show Queen Sugar. The addicting drama series showcases Kelly’s unconventional compositions and creative talents.

We spoke with Kelly about shooting those historic interviews, thinking outside the frame, breaking through barriers in Hollywood and more.

What conversations did you have with Ava Duvernay and the creative team before filming the interviews in 13th?

Hans Charles, the other DP, and I just tried to work together to figure out the look and what the interviews were going to be like. It’s just amazing how [Ava] ended up putting that movie together. Of course we have the talking heads but then also these awesome graphics and the beautiful archival footage. She didn’t want them to feel like your standard documentary interview setup so she gave us a lot of freedom in those framings and really pushed us to have some creative frames that showed not only the person but the type of environment and the locations that we were in. It was just such a great experience and such an unusual and great way to do a documentary.

Those locations were so rich and added so much character to the interviews. How did you utilize the sets you were given?

I think that Ava wanted each of the backgrounds of the places that we were shooting in to feel very industrial and reflect some element of labor and work and touch on the fact that black communities have built this country and the way that we were brought here. I think that was touching on how prison labor and things that you don’t even realize are being built by people who are enslaved in a different way. Because we were shooting the A and B camera at ninety degrees of one another, that meant that A and B usually had a very different background from one another. If you had three interviews, it was almost like six different backgrounds. 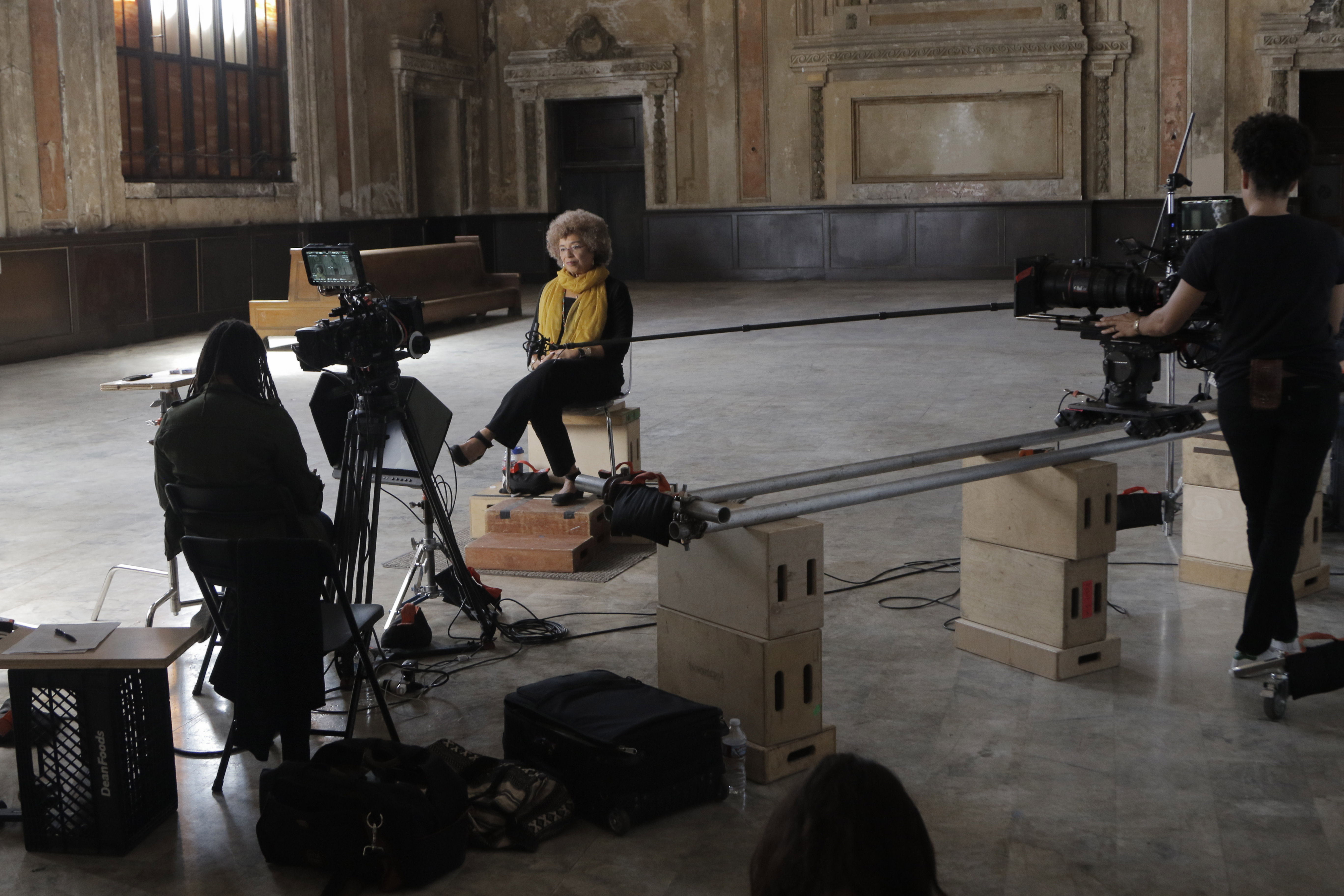 The Angela Davis interviews were incredible and that cinematography has become iconic.

She was amazing. She was one of those people, and also Michelle Alexander, that I could have just listened to both of them. I could have put the camera down and just listened to both of them. Angela Davis, just so in awe of her, and it was just such an honor to be able to shoot her. And then Michelle Alexander is just like one of the greatest minds, and the whole experience of working on 13th was not only an honor and awesome to work with Ava, but just the subject matter. I really know that in my career, that’s going to be one of the pieces I’m most proud of. We premiered in September of 2016, and the fact that Donald Trump won [the Presidential election] makes the movie even timelier and even more important. I think that the movie is something that could be seen now and probably in a few years to come.

What is it like now working on scripted show Queen Sugar?

Ava and Antonio [Calvache] created the look of this show in Season One. They shot it like a film even though it’s on a TV show schedule. I’m lucky in that I’m coming into a show that I just adored the look of to begin with. I can see Ava extending the same sort of freedoms in framing that we had in 13th that now exist in Queen Sugar. We strive for very natural lighting, but the compositions end up having a lot more freedom. We have a lot of negative space in our compositions. We’re not doing the compositions for the sake of them being weird or looking different. It’s about how do we serve the story? Here on Queen Sugar, we’re just given so much freedom to play as artists and I really appreciate that. There’s no rulebook on this show of what a close-up should look like or this is what that should look like. Suddenly, when that’s cleared away, you can really pay more attention to how you frame something for the story or how you frame something for the beautiful locations or gorgeous cast.

Yes, there are some really stunning shots at the farm house shooting through windows and other perspectives.

We built a lot of our sets, but that’s one set that we still haven’t built, and I kind of love the fact that we haven’t. It’s a bit of a pain for us to get to, but it still is one of the most gorgeous places to shoot. You can see the trees moving outside. You can see sugar cane glowing and I love to be able to play in that location with what we see in the background through windows and what actually exists there. I hope that set never gets built.

You’ve had a stunning career so far. Was it challenging to gain recognition as a female cinematographer?

With talk of inclusion for directors and having more women directors, it’s sort of trickled down below the line to having more women DPs. We’ve got people like Rachel Morrison doing Black Panther, which is just stunning and incredible. We’re at a time where people are trying to start looking out of the box a little bit. Sometimes in meetings, I’m not sure if they’re expecting to see someone like me walk in their door. If you’re so used to one type of person coming in as DP and suddenly there’s a black woman with big hair in your office, I’m sure it can be a little off-putting.

How were you able to seize opportunities to display your talent?

What’s great is that we have people like Ava DuVernay. She could have easily gotten to where she is, and been like, “I’m done. I’m just going to go ahead with my own career and not worry about anything else.” But she really has made it not only her job to make great art, these wonderful movies, but also bring a bunch of us with her. I know this chance I get for Queen Sugar is all because of Ava. She opened that door for me. I think that that’s something when I’m in a position to hire people, I always look towards this idea of who can I bring with me also? The person has to be first and foremost good at their job. That goes without saying. But then, what sort of opportunity can you open up for somebody else who may have gotten looked over just because they are a woman?