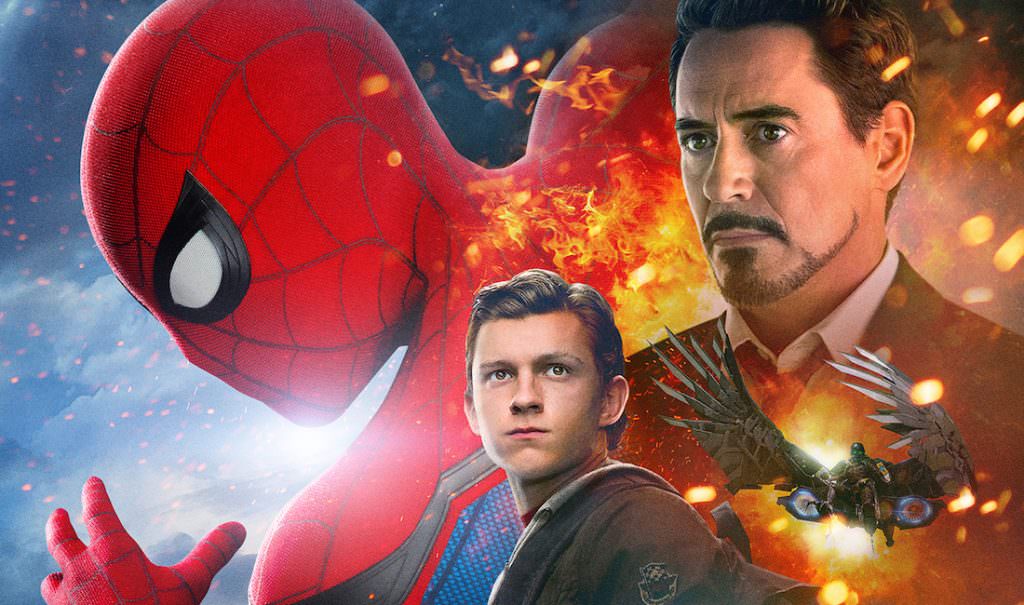 In the first international trailer for the now officially critically acclaimed Spider-Man: Homecoming, there's a sequence at the very end that had fans salivating. You'll catch it below at the 1:36 mark—it's the moment where Spidey and Iron Man swing and fly, respectively, above the streets of New York City, a crime-fighting duo for the ages.

And then there's this thrilling moment, also at the 1:36 mark, where Michael Keaton's Vulture comes crashing through a hotel atrium, clawed feet first:

The thing is, you won't see either of these moments in the film. Director Jon Watts spoke with ScreenCrush's Matt Singer about why these shots, so prominent in the film's marketing, ending up on the cutting room floor.

On the Spidey and Iron Man shot, Watts had this to say:

“I think what happened was in the very first trailer they wanted a shot of Spider-Man and Iron Man flying together. And they were going to use something from the Staten Island Ferry [scene], but it just didn’t look that great — the background plate, because the Staten Island terminal is a very simple building. It almost looks like an unrendered 3D object. So I think I was like “Let’s just put them in Queens. Let’s use that as a backdrop.” Because we couldn’t just create a whole new shot, so let’s just use one of these shots of the subway; put them in there.” I feel a little weird that there’s a shot in the trailer that’s not in the movie at all, but it’s a cool shot. It’s funny, I forgot that we did that.”

And as for Vulture coming through the atrium:

“The hotel atrium shot was originally created for Comic-Con, for like a sizzle reel before we had really shot anything; we had shot like two weeks of footage or something. That was never meant to be in the movie. But I did use that angle for Vulture’s reveal at the beginning of the movie; Vulture’s hovering, swooping towards the camera like that. I used that shot, it’s just no longer in an Atlanta hotel atrium.”

This type of thing happens fairly frequently in the marketing of a film—certain shots and sequences look great for the purposes of exciting fans, but don't fit into the finished film's larger narrative. Or, as SlashFilm points out, shots that were never meant to be in a film at all, like a shot in one of Rogue One: A Star Wars Story's trailers had Felicity Jones's Jyn Erso standing in a disguise, surrounding by illuminating lights—this was actually just Jones standing there, not acting, waiting between takes of another scene. Or in this even more iconic moment, Jyn faces off with a TIE Fighter on a bridge at the 1:45 moment in this trailer—this was created by the marketing department, never intended to be in the film.

You can see what's actually in the film today, asSpider-Man: Homecoming opens wide.