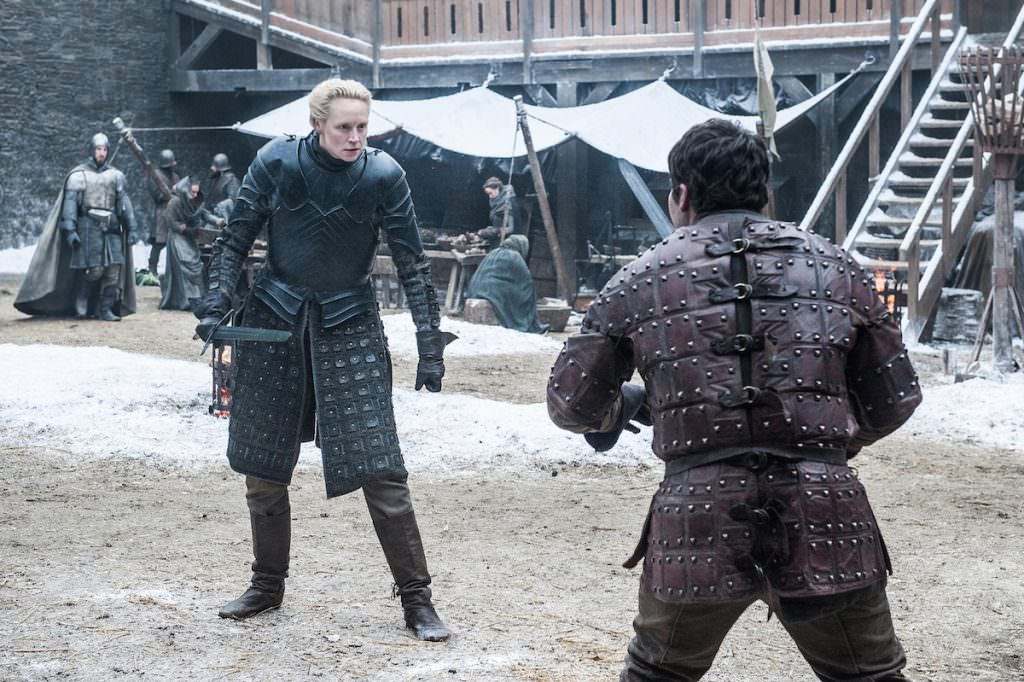 Russia has a bit of a recent tortured history with Game of Thrones. On the one hand, clearly people love the show over there. How do we know? Some 350 Muscovites showed up at the Mayakovskaya subway station in central Moscow to watch the premiere, the metro press service reported. It’s part of the city’s Night in Moscow’s Metro cultural project, with several events each year. Amediateka, Game of Thrones’ distributor in Russia, helped organize the spceial screening. Not only that, but they were greeted by actors dressed as some of the show’s most popular characters, including Daenerys Targaryen and Jon Snow (surprisingly accurate look-alikes, we have to admit).

Yet, it was only a month ago when a Russian lawmaker suggested the country should ban the series outright. Vitaly Milonov, a deputy of the St.Petersburg legislature, suggested developing a “concept of protection of Russia’s informational space” from “the influence of western ideology” and labelling all western products “harmful.”

“Nowadays, any game or a TV film series is not merely a merry thing to see,” Milonov said. “For example, in The Game of Thrones [sic] book every tenth character is a sexual deviant. Such products and their popularization in this country might bring ideas to our minds that a certain conduct is a matter of fact thing.”

Apparently his call was not heeded, and the season seven premiere went off without a hitch at the Mayakovskaya station, with Metro deputy chief Roman Latypov championing the event.

“The premiere of the Game of Thrones new season in the subway is an important event for our passengers,” the deputy chief told TASS, the Russian News Agency. Here’s howTASS describes the show:

“Game of Thrones, is an adaptation of A Song of Ice and Fire, George R. R. Martin’s series of fantasy novels. It is considered one of the most expensive projects in American television.”

Amediateka will be releasing each episode of Game of Thrones season seven at the same time it plays in America– every Monday at 4 am in Moscow– giving viewers the option of watching with Russian dubbing or in the original English with Russian subtitles.

“Game of Thrones is a cultural phenomenon across Russia,” Denis Gorshkov, CEO at Amedia TV, told Digital TV Europe. “We are very happy that the Moscow Metro supported our idea and invited us to hold the opening night in this amazing location – it must be the first time Game of Thrones has debuted deep underground.”

It seems that most Russians have embraced the wild world of Westeros, and it will likely take a lot more than a worrywort lawmaker in St. Petersburg to defeat Dany, her dragons and the cultural phenomenon that is Game of Thrones.