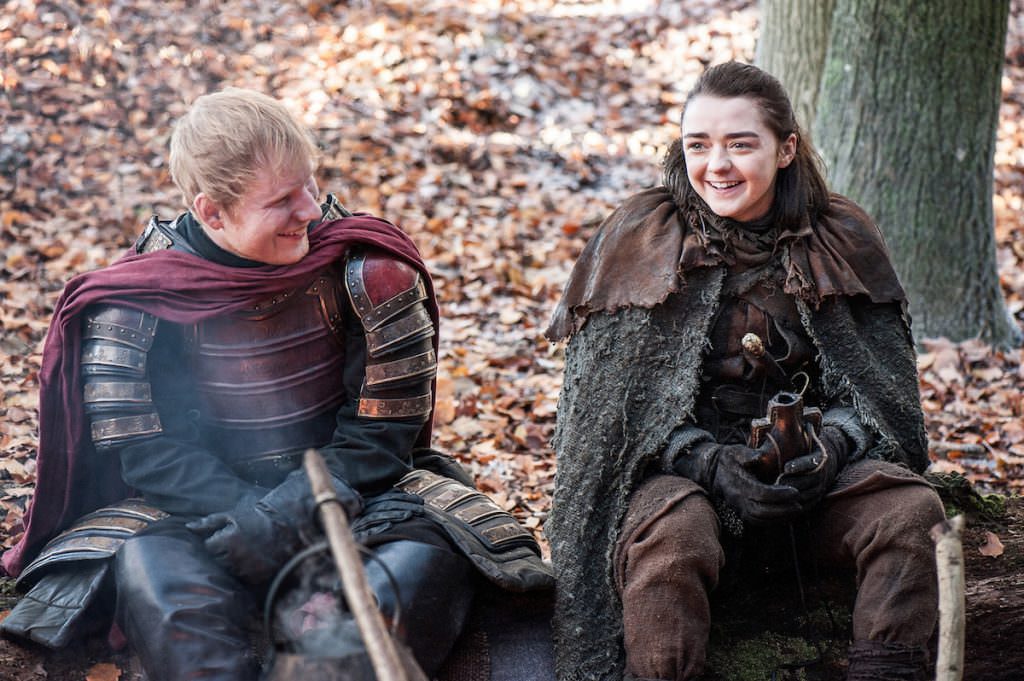 The radio isn’t the only place you’ll find Ed Sheeran these days, even as his song “Shape of You” continues to top charts and further establish itself as the song of summer. Sheeran found himself at the heart of another summer sensation when he appeared in the season 7 premiere of Game of Thrones last night. Sheeran, playing a Lannister soldier, shared the screen with fan-favorite Arya Stark (played by Maisie Williams, a real-life fan of his) as she continued on her road to retribution. And yes, he did sing.

Game of Thrones has seen several musically-inclined cameos over the past several seasons. Gary Lightbody of Snow Patrol played a roving bard in the third episode of season 3. Later that season Coldplay drummer Will Champion appeared as a musician in the band that appeared at the infamous Red Wedding. Season 4 found members of Sigur Rós serenading partygoers at the ill-fated wedding feast of Joffrey and Margaery.

As for the song Sheeran sang? It takes its text from the book A Storm of Swords, and alludes to Tyrion’s relationship with Shae, his whore-turned-lover. Though the bard who crafts the tune in the books never made it to the television series, we can be sure Sheeran fans the world over are glad the song at least made the cut.