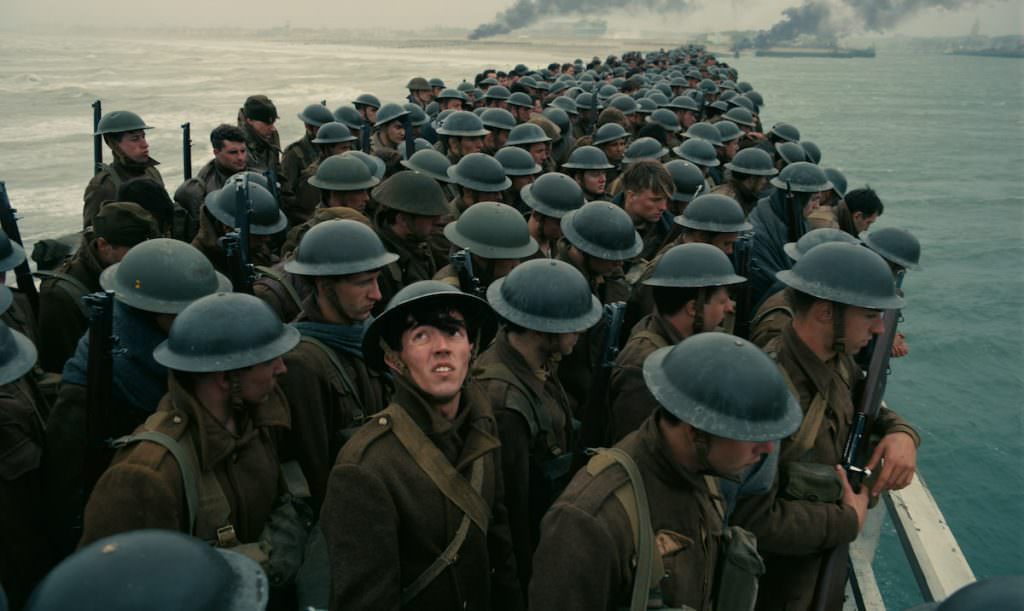 History has decided its name: The Miracle of Dunkirk. In May 1940, Germany launched its war against Western Europe with a lightning invasion that saw Luxembourg, Belgium and the Netherlands fall in quick succession. With the Low Countries devoured and a still ravenous appetite, the Nazis turned their gaze to France and continued their advance.

They moved rapidly westward across France toward the sea, eventually cutting off and encircling British Expeditionary and Allied forces in the small northern city of Dunkirk. Sensing an imminent defeat from the overwhelming numbers of Germans bearing down on them, the British military quickly organized a retreat for the hundreds of thousands of men stranded on Dunkirk’s wave-battered coast.

Over the course of nine days, Allied naval ships and a ragtag flotilla of hundreds of private and merchant vessels plucked more than 338,000 soldiers from Dunkirk’s harbor and beach. They were ferried across the English Channel to the relative safety of Dover less than 50 miles away.

The evacuation, codenamed Operation Dynamo, was as dramatic a scene as human events can produce. Lines of men standing on seawalls and wading into the surf to be rescued. Dogfighting planes and artillery shells swarming overhead. Allied horses being shot and materiel being sabotaged lest they fall into enemy hands.

Moviemakers first tried to capture this drama in 1958 with the English film Dunkirk. Christopher Nolan’s modern remake, shot on film in contrast to the now standard digital format, will first hit U.S. theaters on July 21.

Many audiences around the country should expect this retelling to transport them into the mud, sand and blood in a way that makes them feel uncomfortably close to the real retreat from Dunkirk. The reason—director Christopher Nolan didn’t just choose to shoot the movie on real film, he opted to shoot most of it—around 70 percent–on 70-millimeter IMAX film. The rest is captured on 65-mm Kodak film stock. These formats capture much more resolution and a wider scene in each image than traditional 35-mm film or digital.

“The immersive quality of the image is second to none,” Nolan said in a video about the decision to use IMAX. “We really try and create the sensation that I would describe as virtual reality without the goggles.”

Indeed, though the size of the large format cameras make them more difficult to work with, especially in confined spaces, Nolan’s earlier work with this equipment on the film Interstellar made the choice inevitable. And the film crew said the visuals that result from that choice make the problems worth it. “We straight away started talking about big format,” said Hoyte Van Hoytema, Dunkirk’s director of photography. “We have big love for the big format, especially IMAX. It’s a very visceral window to the world. In many ways, it’s the best format out there.”

Warner Bros. is looking to make the most of it. The studio has announced that theaters in the U.S. and Canada will be showing Dunkirk in all its glory in 125 locations around the country, the widest 70-mm release in 25 years. To make that happen, the movie will be shown in 30 IMAX theaters that are equipped with 70-mm projectors. In addition, 95 old 70-mm projectors, once thought to be a technology destined for obsolescence, have been resuscitated and installed in select theaters.

Early reviews say 70 mm pays off for the subject matter and scenes in this movie in ways it didn’t for Quentin Tarantino’s The Hateful Eight, which was previously the largest recent release of a film shot in large format. Nolan said large film can be leveraged to powerful effect in both big, sweeping imagery and very intimate scenes that highlight the fear, desolation and relief of those nine days in Dunkirk.

“What I love about IMAX is with its extraordinary resolution and color reproduction it’s a very rich image with incredible detail,” he told Business Insider. “It lends itself wonderfully to huge shots with much in the frame. Thousands of extras and all the rest. But it also lends itself to the intimate, the small, the detail, incredibly well.”