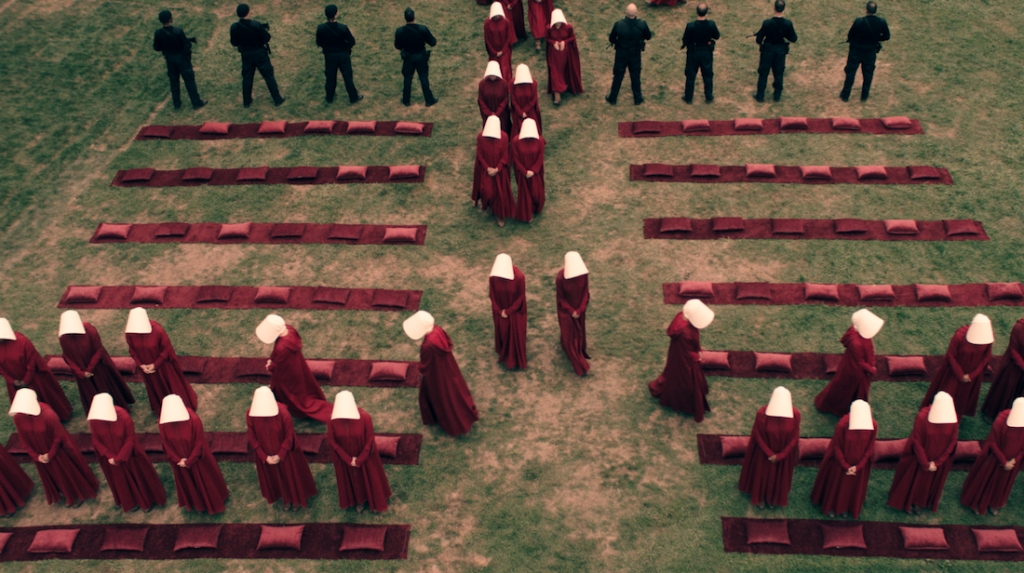 Costume designer Ane Crabtree exerted plenty of impact on pop couture through her mob suits featured in The Sopranos and the robot cowboy outfits she made for Westworld. But nothing prepared the cheerful 52-year old wardrobe auteur for The Handmaid’s Tale. In the Hulu series based on Margaret Atwood’s 1985 novel, she dressed Elizabeth Moss' slave woman Offred and other female characters forced to bear children in the near-future fascist state of "Elysium."

Inspired by Crabtree's costumes, pro-choice advocates last month protested a new bill at the Ohio Statehouse dressed in red robes and white bonnets. "Political events actually fueled me in an emotional way," says Crabtree, speaking from the Georgia set of the upcoming zombie series Passage. "I'm aware of what's happening with the abortion rights protestors but really, I was just doing my job to design this show and make it feel modern. The conversation was about: 'If I had to wear those things today, what would it look like?"

Crabtree got cracking on the Handmaid wardrobe last May after star/producer Moss sent her a piece of music. She recalls, "The thing that got me going is Blondie singing 'Heart of Glass' re-done by Philip Glass, which happens to be called the Crabtree remix. Isn't that cuckoo? Anyway, I listened to this piece of music in the way that I listened to the Beatles' 'Number Nine' as a kid, over and over and over, like for hours, all day. The music has this poignant sound that's eerily period but also heavily modern so I really used that auditory inspiration to get into the headspace of the wings." 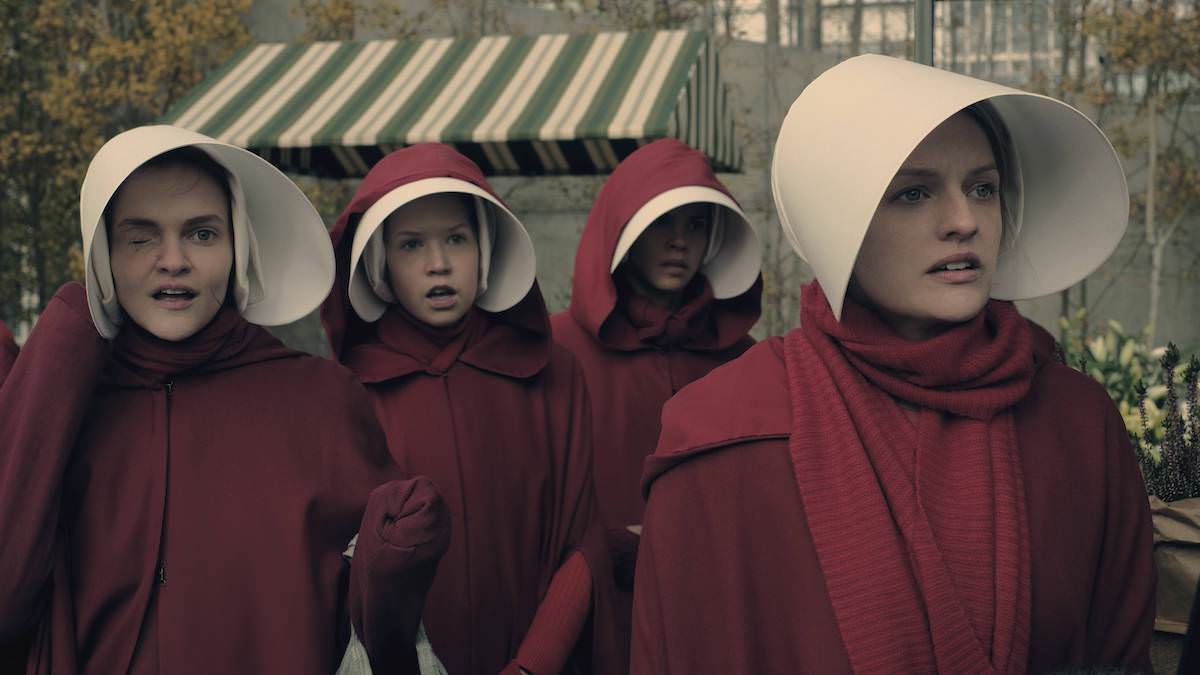 The linen "Wings" headpiece worn by each Handmaiden, nicknamed the 'The Barn,'  initially encountered resistance from the show's creative brain trust. Crabtree explains, "It's this literal frame around the face, which is something we all fought against because of sound, lighting, and head movement issues. We made alternatives that were not even close to a pair of wings, like a head scarf with no hair showing."

Moss invited Crabtree to bring her costume samples to New York City, where the women conducted an ad hoc styling session in an Upper East Side hotel room. Crabtree says, "When I'm testing costume ideas I like to make mini-movies so people can see exactly what it looks like in the frame. To the tune of 'Heart of Glass,' I had Lizzy turn slowly to the camera, i.e. my stupid iPhone, wearing her Handmaid wings. They became a virtual light box for her face. It was so poetic." 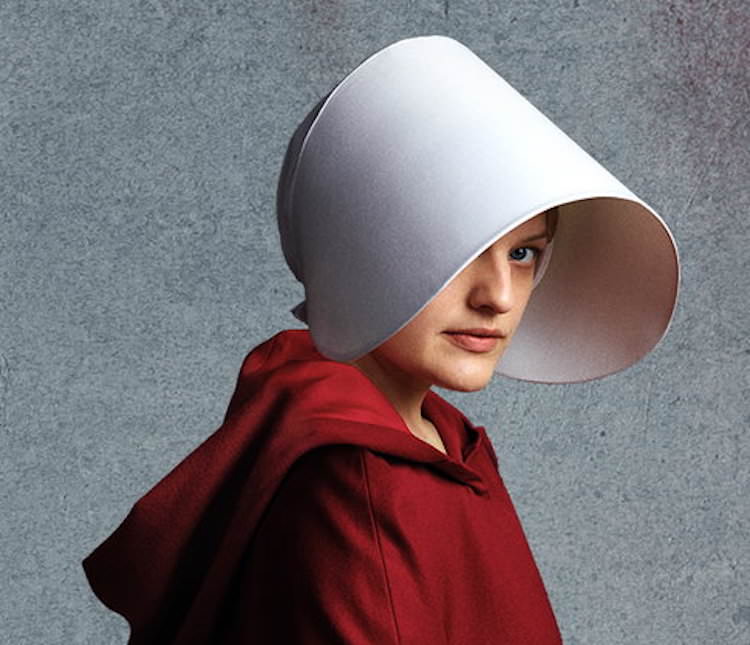 The blood-red wool gowns worn by the Handmaids take their elegantly utilitarian cue from a $20 dress Crabtree wore when she attended New York's Fashion Institute of Technology "I was really poor at FIT and of course you try to make it look like you've got it together," she says. "I bought one of theses dresses which I remember as the most perfect dress I had every worn, something everybody and anybody could afford. I wanted something like that for 'Handmaid's Tale,' which would look good on actors of every body shape and every color."

The Handmaid uniform emblemize head-to-toe oppression through barely noticeable detailing. "The women wear brown industrial boots similar to a pair of work boots I've been knocking around in for years," Crabtree says. Key feature: no shoe laces. "The commanders don't want the women to hang themselves," she says. "We not only had to sew down the grommets, we put a spat over the boot to hide the grommets so the Handmaids wouldn't even think about suicide."

Crabtree's attention to detail extended to the capes, expressly tricked out to neutralize any suggestion of sexuality. "They didn't have any zippers or buttons because the commanders believed that would be too sexual," she says. "Instead, I connected the capes with evil hooks, almost like fish hooks, which made it easy for fighting and killing a man on the field."

Last September, when cast members arrived for the first time on the Toronto set of A Handmaid's Tale, Crabtree's purpose-built wardrobe served as a kind of portal to the show's twisted dystopia. "I felt like I helped indoctrinate our actors," she says. "It's kind of like a weird-ass baptism, because they need to do the costume fitting first, and then boom! the next day they're on set. Everybody was excited, because it's not often that you get to take part in a world that was never there before."