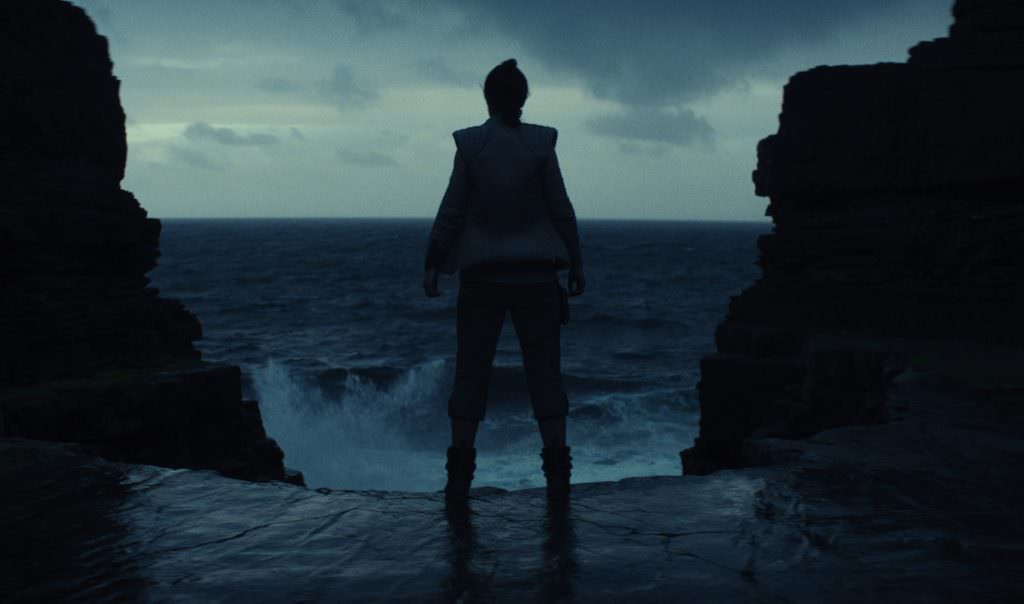 This might be the most affecting behind-the-scenes sizzle reel you will see in a very long time. Disney and Lucasfilm unveiled the Star Wars: The Last Jedi BTS sizzle reel at this past weekend’s D23 Expo. It was packed with new details, thrilling shots, a few glimpses of key characters, and a moving coda from the late, great Carrie Fisher.

Have a look, and then let’s break it down:

As we wrote last month, Canto Bight is one of the new locations we’ll be exploring in The Last Jedi, a casino city for rich aliens that will be the setting for some crucial events in the film. We know from the Vanity Fair cover story that Finn and newcomer Rose (Kelly Marie Tran) will be heading to Canto Bight on a mission. Rose, a former Resistance maintenance worker has been thrust into a more pivotal role, and we see the two in the glitzy city, which director Rian Johnson described like this: “A Star Wars Monte Carlo–type environment, a little James Bond–ish, a little To Catch a Thief…I was thinking, O.K., let’s go ultra-glamour. Let’s create a playground, basically, for rich a**holes.”

The creatures we get a glimpse of populating Canto Bight are as colorful a mix as those we saw in the iconic Mos Eisley cantina scene from the original film, only here they’re no longer outlaws, but appear to be corporate raider types with lots of money (which means they could be even more criminal than the galactic roughnecks we met in the cantina.)

The Canto Bight footage also reveals a stunt professional, attached to a wire, being yanked skyward, which leads us to believe the First Order will be showing up at this rich enclave, and not with the intention to gamble and blow off some steam. And, we’re also shown Finn and Rose locked up—does this take place in Canto Bight? We do see Finn and Rose impersonating First Order officers, so perhaps they’re locked up while onboard a First Order ship.

The Force Awakens ended, and The Last Jedi will presumably begin, on Ahch-To, the remote planet where Luke Skywalker has been in self-imposed exile. There are several shots in the sizzle reel that are almost definitely located on the planet, including the shot of that large, subterranean lake where Rian Johnson and the crew shoot a scene while waist-deep in the water. We see Rey dive into the lake, but we have no idea what’s she looking for. You’ll see the water is surrounded by a green screen, so this environment will be digitally altered completely. Speculation about what Rey could be looking for in the water includes kyber crystal—the energy source inside lightsabers.

There are quite a few explosions in this sizzle reel, one of which is directly linked to what we saw in the teaser, when the docking bay where Poe Dameron’s ship is located is attacked.  In the sizzle reel we see an explosion detonate near Poe Dameron’s black-and-orange X-wing, as well as an A-wing (new to the Star Wars fleet) taking on some flames from a crew member, and a shot of C-3P0 standing on the bridge to a ship that looks like its had its windows blasted out. There’s also a massive explosion taking place on the bridge of a First Order ship.

Yes, Rey, Finn and Poe are all major players in the Resistance now, but the actual leaders of the resistance, the ones plotting the overarching battle, are a few notches above them. The sizzle reel gives us a few choice shots of Carrie Fisher’s General Organa, as well as a look at Laura Dern’s Vice Admiral Amilyn Holdo. Another shot that has sparked a lot of rumors is the one of Benicio del Toro’s mysterious character DJ. Rian Johnson has already gone on record debunking the theory that DJ is the adult version of Ezra Bridger, the hero of Disney’s Star Wars Rebels series. Finally, we see Lupita Nyong’o as Maz Kanata, although it’s unclear how Maz will fit into the film, and whether she will continue to act as a spiritual guide for Rey.

One of the most intriguing things in the sizzle reel are the very beautiful, very bizzare alien animals on display. There’s that crystal-wolf looking thing, and the huge, rabbit-eared llama-hybrid type creature, and then the little puffy guy you see getting petted. Apparently that little thing is called a Porg, and it lives in Ahch-To. Star Wars has a pretty rich history of weirdly lovable alien animals, from the Tauntauns on Hoth to the Bantha’s of Tatooine, and these newcomers look like they’ll fit in nicely.

There are a lot of really exciting shots of Daisy Ridley and Adam Driver brandishing their lightsabers and fighting with multiple stunt performers. Rey also does some work with her staff, presumably training with Luke on Ahch-To. In one excellent shot, we see Rey fending off an attack from three assailants with her lightsaber. There looks to be a lot of serious action in Johnson’s film, with Driver’s Kylo Ren no doubt smarting from being maimed and left for dead by Rey in The Force Awakens.

The sizzle ends, appropriately, with Carrie Fisher discussing the most central aspect of the film. In fact, throughout the sizzle reel you can really sense the actors’ excitement with Rian Johnson’s story, and it doesn’t at all feel like hyperbole or the kind of forced happy talk you might expect when people discuss a film they’re in. They seem genuinely thrilled with the direction Johnson has taken the franchise, and Fisher adds, ending the sizzle reel, “It’s about family, and that’s whats so powerful about it.”