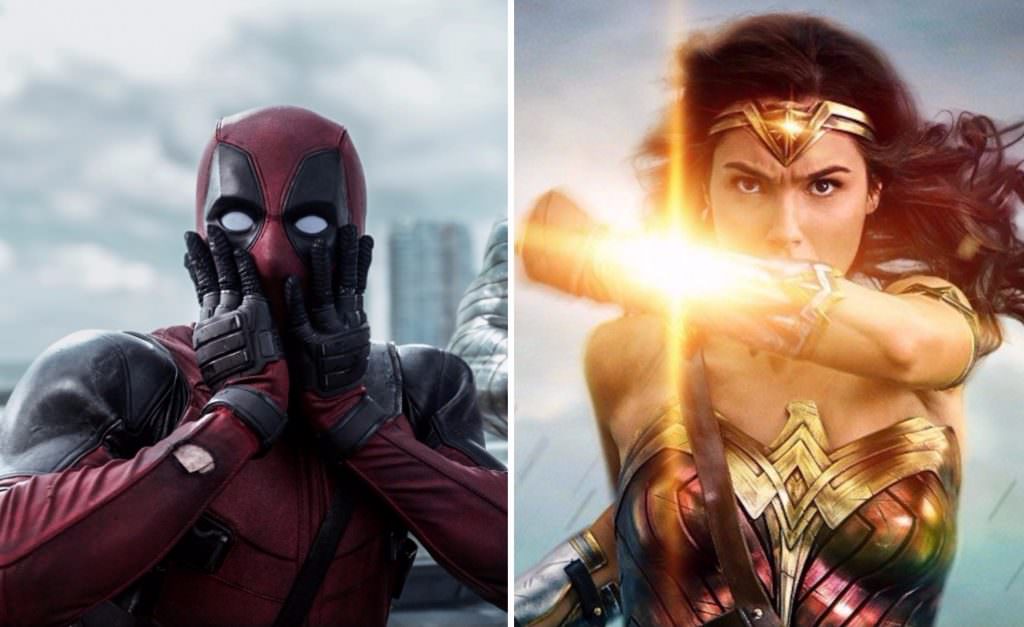 Deadpool was the surprise smash hit of the superhero world in 2016, taking in a staggering $363 million and wowing movie insiders for doing so in its own raunchy, R-rated way. After lobbying for years to get the film made, Ryan Reynold’s commitment and passion created a superhero for our time, one who broke the fourth wall, made fun of himself (and other superheroes), and, oh yeah, kicked some butt and saved his girl.

That was last year—2017 belongs to Wonder Woman, a woman who doesn't need any saving. Director Patty Jenkins and star Gal Gadot delivered a superhero for our time right now, a butt-kicking, soulful Amazon warrior who not only thrilled audiences everywhere by embodying one of the most beloved superheroes of all time finally getting her big screen due, but by proving, weekend after weekend, that men and women alike were awed by the film and watching Gadot's Diana Prince dominate in a man's world. It had a sensational opening weekend, but then the love has kept going, with one of the most impressive, sustained box office showings of any film in recent memory. Wonder Woman is the anti-Deadpool, and she is just the superhero we needed right now.

Yet just because they’re different doesn’t mean they can’t appreciate one another. In fact, the Merc with the Mouth has watched Wonder Woman wow the world, with only $28 million more to go to surpass Deadpool’s worldwide box office. We can never say Deadpool’s not a good sport—here’s what was uploaded to his Twitter page: 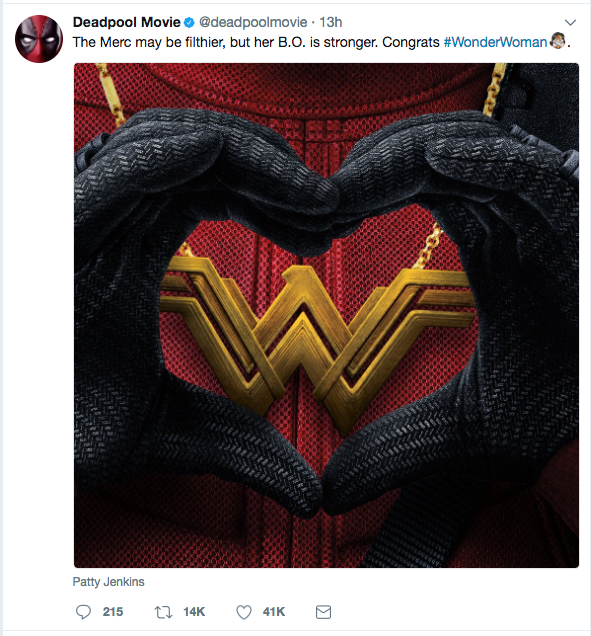 Deadpool 2 hits theaters in summer of 2018, while you’ll see Wonder Woman in Justice League, which bows this coming November 17.