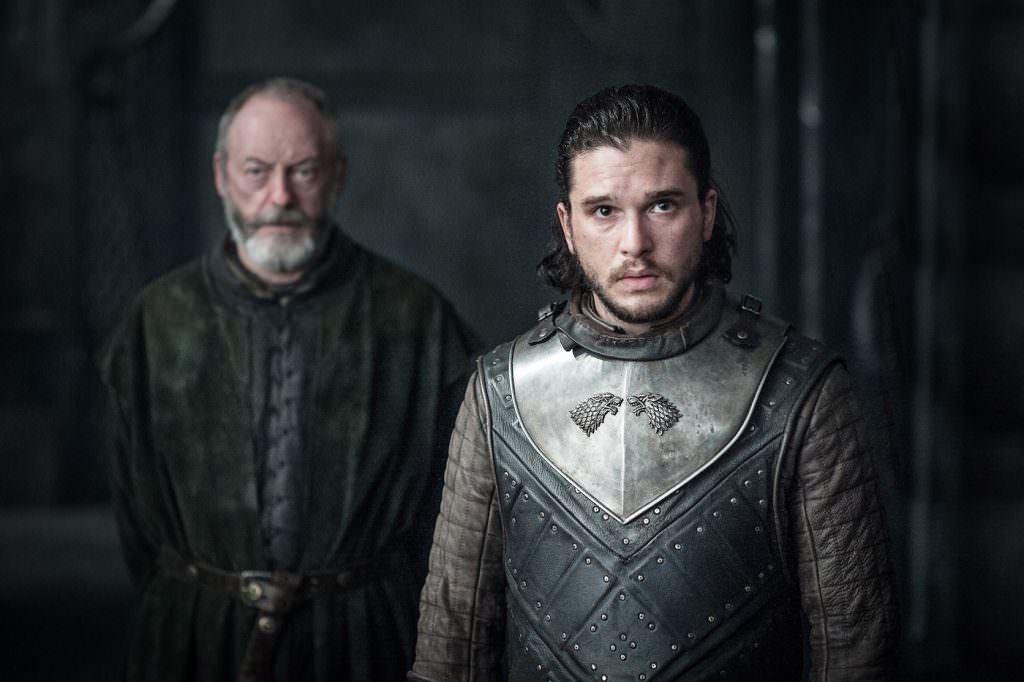 Crucial Questions After Watching Game of Thrones‘ “The Queen’s Justice”

Game of Thrones thrives on the power of the unanswered question, and last night’s episode gave fans several more to grapple with. Never a series to short change the unknown, while “The Queen’s Justice” addressed some questions, those answers proved to be double-edged swords, leaving fans with a lot of room to question and wonder.

Jon and Daenerys’ first meeting was a loaded one, yielding a lot of uncertainty. One can’t help but hope that the screen time devoted to Jorah and Sam’s budding relationship might just serve to bolster the far-from-easy one that currently exists between Dany and Jon. Also, with Jon a forced guest of Dragonstone, and Bran – with knowledge of Jon’s birth – back at Winterfell, circumstances seem right for Jon to find out the truth about his parentage. Dany’s reference to being the last Targaryen also appeared to be a somewhat heavy-handed reference to that development. But will the writers be that kind?

For those thinking about how Melisandre’s reunion with Jon and Davos would go when they reached Dragonstone, we swiftly find out that it doesn’t. Rather, Melisandre stays out of the way, instead throwing a curveball by way of an off-the-cuff prediction regarding the demise of her and Varys, events she seems to believe will take place in Westeros. While she doesn’t have the best prophetic track record, death may very well be in the cards for either of these characters. Her words clearly made Varys think, and should give fans pause as well.

Speaking of all things doom and gloom, we should take a moment to mourn Theon’s reputation. While the potential PTSD aspect of his abandonment of Yara makes it just that much harder to stomach, I can’t be the only wondering if Theon can ever redeem himself. But as this episode indicates, he’s got his work cut out for him.

As for Yara, there is plenty of reason to worry about her fate. My gut tells me she’s descending into the realm of superfluous characters, and her death might mean more than her life, especially if it forces Theon to action, and – potentially – redemption. She’s also in the hands of Euron, who is nothing if not ruthless. What will become of Yara Greyjoy?

And yet, things seem to be shaping up nicely for the detestable Euron, as Cersei tells him she will marry him after the war (much to Jamie’s dismay). But is her promise reliable, or the product of savvy political navigating? Either way, this development further irritates Jamie, who – especially after Olenna Tyrell’s parting words – is rapidly speeding towards his breaking point. But if Jamie snaps, who will face the consequences? Many hope he is the end of Cersei, and Olenna’s warning about Cersei comes as one in a long, long line.

Finally, can we see more of Casterly Rock please? The brief glimpses simply did not do the fabled stronghold justice. I suppose that’s just one more thing to – fingers crossed – look for next week.