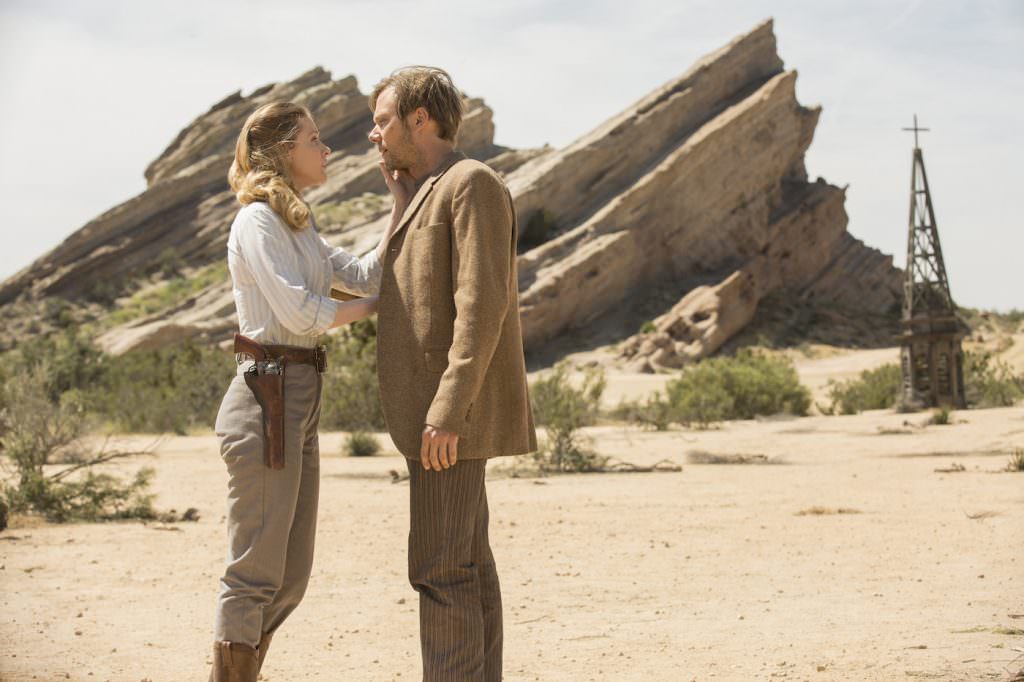 Opening with the world’s most symbolic player piano, the Westworld season two trailer that debuted at Comic-Con this past weekend is a glorious melange of intriguing stand-alone images that upend a lot of what you might have expected. While we’ve previously written about how creators and showrunners Jonathan Nolan and Lisa Joy had hinted at a non-linear timeline for season two, there are shots in this trailer that look like they depict the aftermath of the hosts’ rebellion that capped season one’s terrific finale. While some shots are more in the intriguing/baffling camp (like Bernard standing over a dead tiger) there are plenty of moments in the new trailer that seem to show the robots running the roost in Westworld, none more so than seeing Dolores (Evan Rachel Wood) on firing a shotgun while on horseback, seemingly hunting down surviving humans in the park. The final shot is of a blood-splatterd Man in Black (Ed Harris), looking like he’s finally found the paradise he’s been seeking since he first entered the park some thirty years ago.

Wood was particuraly outspoken during the panel, discussing how the show has changed her life. Her Dolores is the lynchpin of the series (thus far), transforming from a damsel in distress to one of the first robots to achieve true sentience, and one of the defacto leaders of the rebellion.

“It was such a gift to be given,” she said during the panel. “Realizing I was at the forefront of this responsibility, I kind of had a panic attack. I believed in it so much and I threw myself in it so much. As women — I don’t know how it is for men — a lot of times you feel like your wings have been clipped and you don’t feel like you’re represented. This is like somebody gave me (expletive) condor wings and let me fly.”

Season one was full of twists, and these were mostly kept from the actors. Thandie Newton said that Nolan and Joy’s decision to keep many of the plot twists a secret from the actors was the right one.

“Some of the story lines and some of the things happening to these characters are so huge trying to wrap your head around it,” Newton said. “As an actor, you just want enough to digest. If we knew everything, it would be too much.”

Not every actor felt compelled to play dumb. Jeffrey Wright was too curious about what might be going on with this character, Bernard, so he did what millions of other people did during the show; he went on Reddit.