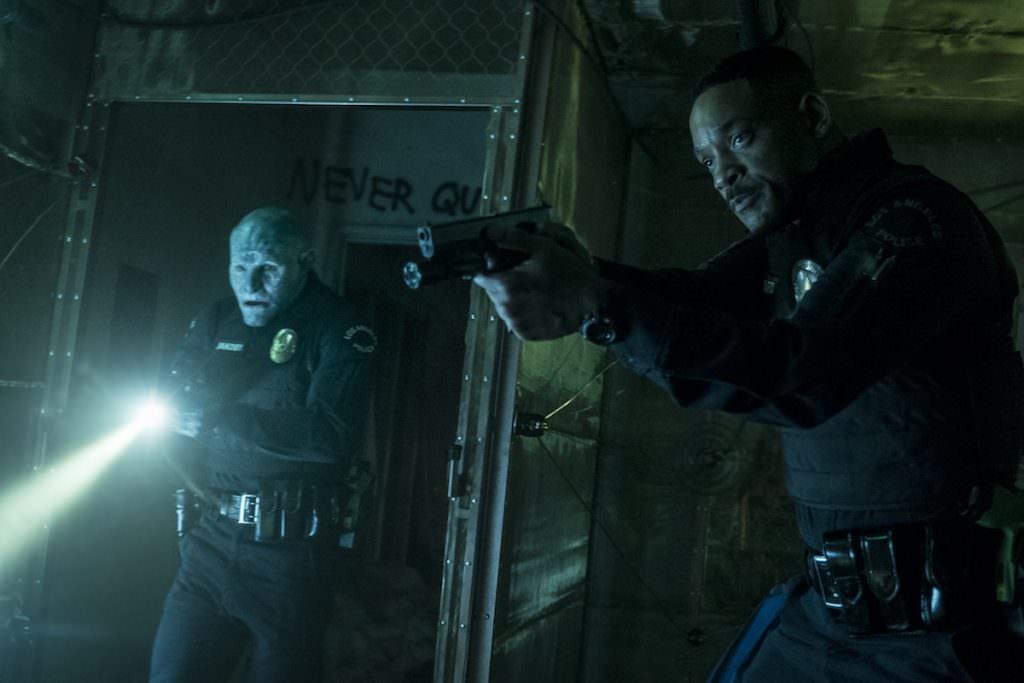 Comic-Con 2017: Watch the Trailer for Will Smith’s Bright

Director David Ayer has already made two excellent cop films; End of Watch and Street Kings. With Bright, Ayer has two actors in their prime, Will Smith and Joel Edgerton, as partners in a police department, only this time Ayer has gone way, way further afield than ever before; these cops are fighting crime in a mystical world filled with all sorts of wild creatures, and one of the cops is an Orc. Yes, you read that right. The script is from American Ultra scribe Max Landis, and its been kept under wraps for a while now. Finally, we’ve got our first peek at this bizarre film, and we like what we see.

Here’s the gist: Ward (Smith) and the Orc Jakoby (Edgerton) go on patrol only to have their worlds turned upside down. They’re on the hunt for a magic wand with potent, dangerous powers, and although Bright involves Orcs and Elves living amongst humans, the life of a cop is still gritty, dangerous and dark.

This is Ayer and Smith’s second film together (Suicide Squad being their first), and while the film deals in the world of fantasy, it has the hard edge that is Ayer’s forte. The cast includes Noomi Rapace, Edgar Ramírez, Ike Barinholtz, and Brad William Henke. Here’s the film’s official synopsis:

Set in an alternate present-day where humans, orcs, elves, and fairies have been co-existing since the beginning of time. Bright is genre-bending action movie that follows two cops from very different backgrounds. Ward (Will Smith) and Jakoby (Joel Edgerton), embark on a routine patrol night and encounter a darkness that will ultimately alter the future and their world as they know it.

Bright will be available to stream on Netflix starting on December 22, 2017.

Check out the trailer: