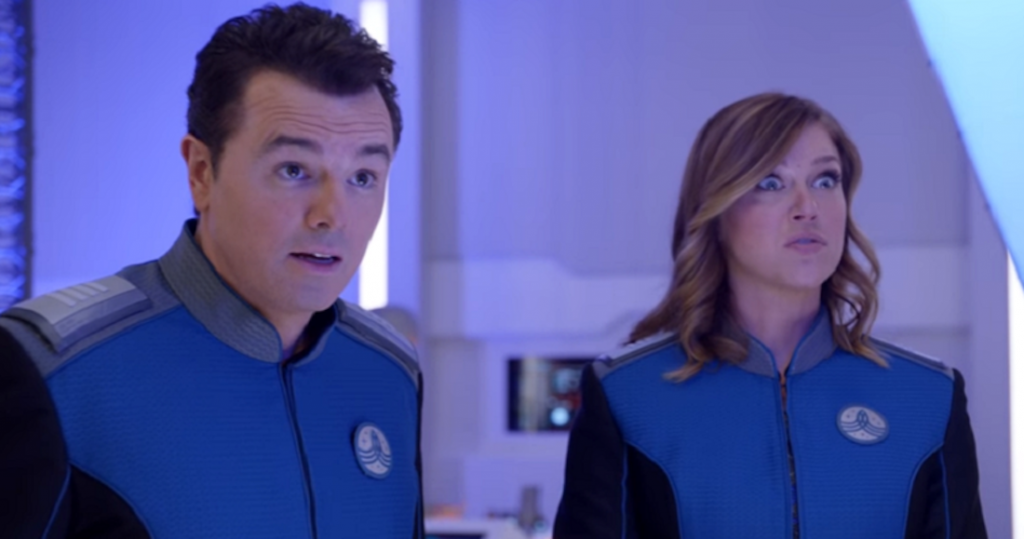 Seth MacFarlane (Family Guy) is adding to his TV Empire with new show The ORVILLE. The trailer for the new sci-fi comedy made its debut at Comic-Con. The trailer looks like the new show is going to provide the same humor that people have come to expect from MacFarlane.

THE ORVILLE is being produced by 20th Century Fox Television and was created and written by MacFarlane. Jon Favreau (The Jungle Book) will direct and also serve as an executive director.

Seth MacFarlane is adding this to his collection of other works including Family Guy, American Dad!, The Cleveland Show, Ted, and A Million Ways to Die in the West.

“THE ORVILLE is a live-action, one hour space adventure series set 400 years in the future that follows The Orville, a mid-level exploratory spaceship. Its crew, both human and alien, face the wonders and dangers of outer space, while also dealing with the familiar, often humorous problems of everyday life.”