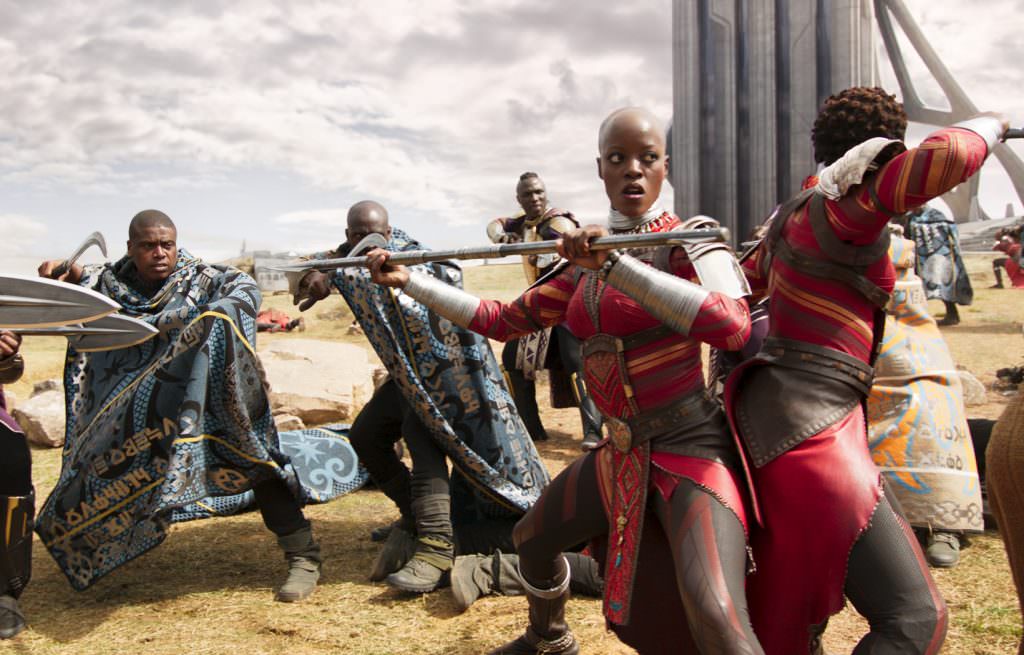 Comic-Con 2017: See some of the Footage From Black Panther That Wowed Hall H

We’ve shared a bunch of Black Panther related news from this year’s San Diego Comic-Con, easily one of the films that enjoyed the warmest reception. There was the panel that included the films’ production designer, Hannah Beachler, the panel that featured the films’ composer, Ludwig Göransson, and the enthusiastic response from Hall H to new footage from the film. In the below video from Comic-Con, created by ScreenSlam, you’ll see some of the sequences from the film that wowed Hall H (including a brief but potent fight between Black Panther and villain Erik Killmonger). You’ll also hear from some of the film’s stars, like T’Challa himself, Chadwick Boseman, Andy Serkis, who plays arms dealer (and one-armed bad guy) Ulysses Klaue, and Michael B. Jordan, who plays villain Erik Killmonger.

The full footage that we’ll still have to wait a bit longer to see includes T’Challa facing off with Klaue—the latter has a new arm that doubles as a gun; T’Challa’s Black Panther suit materializing around him from under his clothes; more of that fight between Black Panther and Erik Killmonger; and Killmonger in his own Black Panther suit, his version gold-tinted and nasty looking.