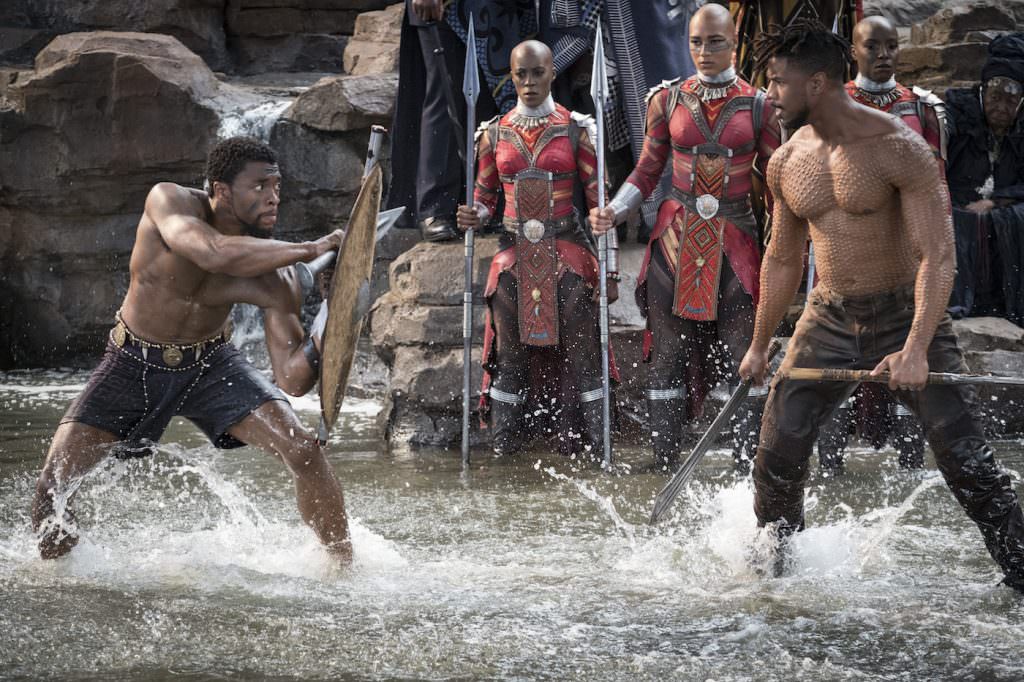 Marvel Studios knows how to harness the power of Comic-Con perhaps better than anyone. The amount of energy and excitement during their Black Panther panel, which included new footage from the film, was a masterclass in making the most of your time in San Diego. It helps when you have a super hot project like Black Panther, with a rising star in writer/director Ryan Coogler and an insanely fantastic cast. While the footage won’t be online for a while, we can tell you that the reaction to it was one of pleasure, glee, and excitement. Marvel knows they’ve got something special here. Here’s what we know thus far:

The footage began with a massive fight in a casino after a secret operation goes awry. Martin Freeman‘s Everett Ross is working with arms dealer Ulysses Klaue (Andy Serkis), with T’Challa (Chadwick Boseman), Okoye (Danai Gurira), and Nakia (Lupita Nyong’o) monitoring the exchange. When the deal goes belly up and people start trying to kill each other, the three Wakandan warriors spring into action. The scene is gloriously choreographed and executed, and immediately the Marvel Cinematic Universe expands to include Wakanda and the incredibly skilled people its home to. When T’Challa faces off with Klaue, you think the fight might be a mismatch (T’Challa is the Black Panther, after all), but Klaue’s got something up his sleeve (literally)—he’s got a new arm after losing his last to a certain robot villain named Ultron, and this one includes a potent weapon. Klaue fires at T’Challa and BOOM, the Marvel Studios logo appears. The crowd goes wild.

The footage reinforced the fact that Coogler’s film looks nothing like anything we’ve seen from Marvel before, while telling a story about one of the most beloved superheroes of all time.

During the panel, Coogler and stars Chadwick Boseman, Michael B. Jordan, Letitia Wright, Lupita Nyong’o, Forest Whitaker, Andy Serkis, Winston Duke, and Daniel Kaluuya all spoke, many of them relaying how long they’d been fans of Black Panther. For Coogler, he discussed discovering the comics later during his childhood, and how much he connected to T’Challa’s sense of duty towards his people. This sense of responsibility (T’Challa is the only Marvel superhero who is also a king) is something Coogler wanted to thread through his film.

Boseman spoke about how the film will show a man whose very much in the middle of grieving. The events in Black Panther take place after those in Captain America: Civil War, after his father’s death. T’Challa has to work through that grief while also learning how to be a king.

Black Panther is set to open on February 16, 2018. Here’s the official synopsis: