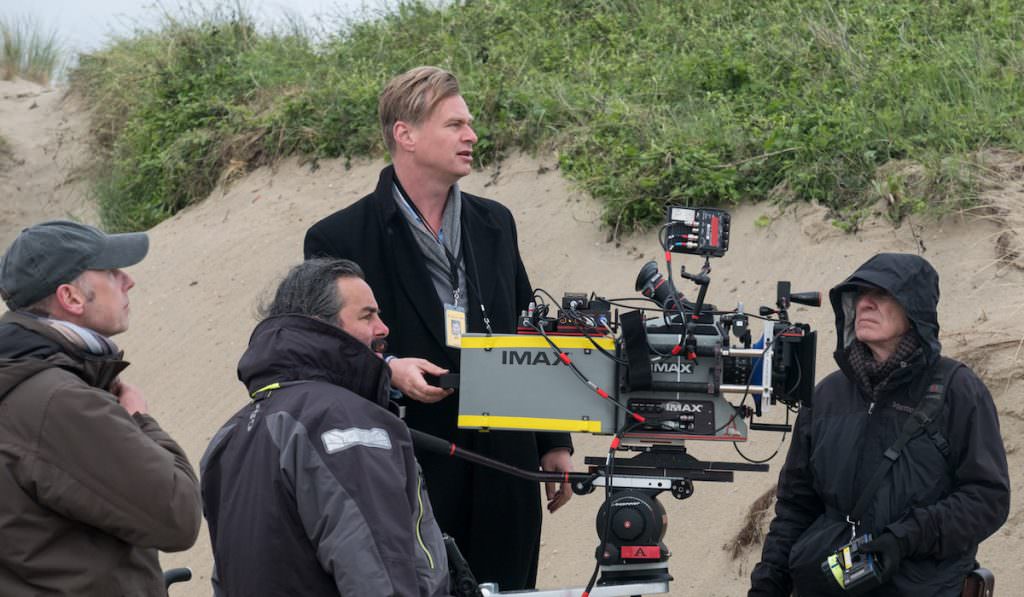 Christopher Nolan is on a press tour for his upcoming film Dunkirk, which will be shown in a stunning 70mm print and is already receiving some very early raves (theatrical reviews are embargoed, so these raves have been mostly people who saw the film in press screenings and who have turned to social media to give some variation of “wow”). Nolan has long been a director at the very forefront of film technology, but rather than focusing his attention on 3D or digital, Nolan has favored sticking with film and using IMAX cameras and wide screen formats to give audiences the biggest, cleanest possible versions of his ambitious films, from Inception to Interstellar. For Dunkirk, audiences will have more chances to see the film in 70mm than ever before—Deadline reports that 125 theaters will be showing the film in this format, the largest release of its kind in 25 years.

Nolan's dedication to pushing his films into the most ambitious formats possible also extends to film he's already relesed. He revealed during his Dunkirk press tour that he'll be giving The Dark Knight trilogy a full 4K restoration, giving viewers a chance to watch his now iconic Batman series "closer to the resolution we shot the film."

In an interview with BadTaste.It, Nolan discussed why bringing out a 4K version of his Dark Knight trilogy was so appealing:

“Photochemically finished films of 35mm have at least 6K resolution, IMAX films, upwards of 18K. So as home video formats keep evolving, 4K — particularly 4K with HDR, it allows us to give somebody at home an experience that’s much much closer to what it was like to see the original film prints as projected on film.”

Watch the interview below, and keep Dunkirk on your radar—the WWII epic hits theaters on July 20, 2017.