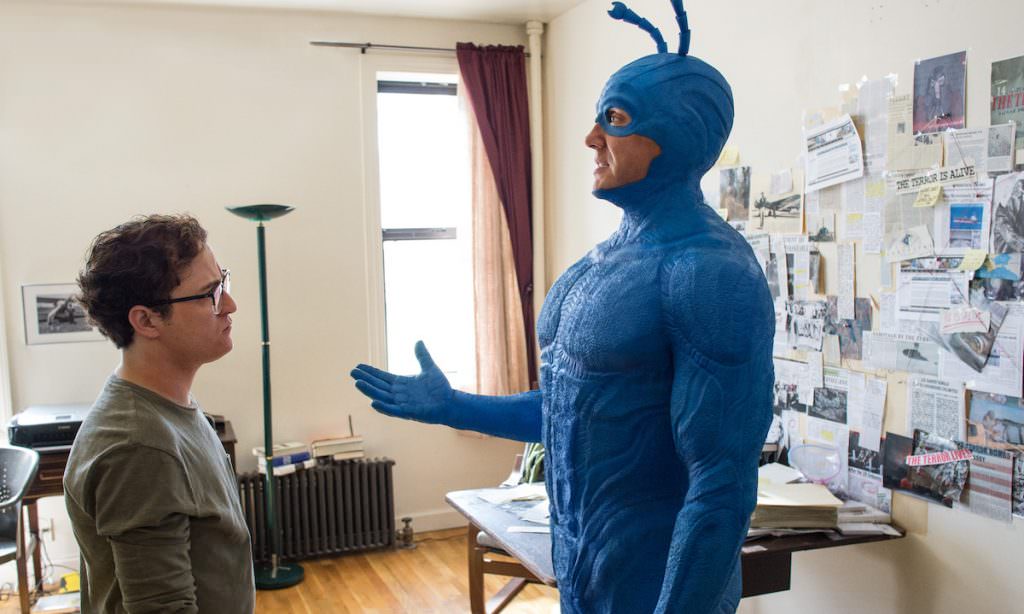 There are plenty of serious superhero shows on TV (Marvel’s got a whole slate of them on Netflix, for example), so perhaps what the world needs now is a Deadpool-like superhero on TV, one who doesn’t take himself, or the superhero world, too seriously. With that in mind, we present you with the first trailer for Amazon’s The Tick.

The conceit is fun; what if the super strong, super brave superhero is actually just a figment of the imagination of a super nerd? Mild mannered accountant Arthur Everest (Griffin Newman) becomes convinced that a sinister conspiracy is taking over his city. Naturally everyone thinks he’s insane, save for one person; The Tick (Peter Serafinowicz), his weird new blue buddy who happens to be the very thing Arthur’s city needs. But is he real?

The 12-episode series is based on the comic book of the same name, and Entertainment Weekly got the exclusive trailer in which the goofiness is right out there in the open from the opening voice over: “An epic tale rife with destiny, adventure, bloodlust, and good against evil!”

The Tick creator Ben Edlund is your producer, along with Barry Josephson (Bones), and David Fury (Buffy the Vampire Slayer).