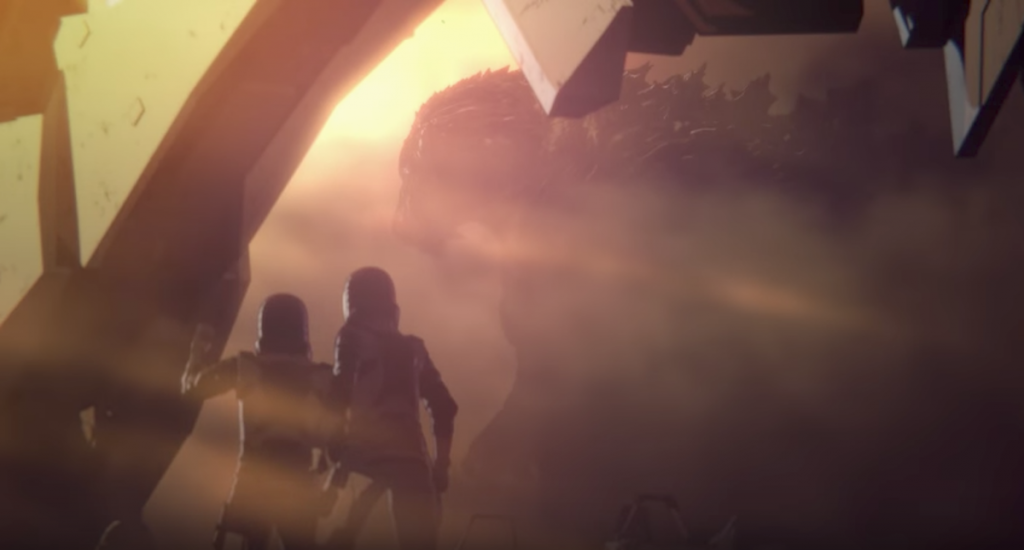 The legendary Toho Studios where Godzilla was born have released the first look at their anime feature film Godzilla: Kaiju Wakusei, or Godzilla: Monster Planet for you non-Japanese speakers. The film will eventually make its way stateside via Netflix.

Set twenty thousand years in the future, the film lives up to its title by featuring an Earth besieged by Godzilla and kanjis. Humans return, looking to take back their planet from these colossal monsters. The film is co-directed by Kobun Shizuno and Hiroyuki Seshita, based on a script from Gen Urobuchi.

You'll be getting a lot more of Godzilla in the near-ish future, when Godzilla faces off against Mothra, Rodan and King Ghidorah in Godzilla: King of Monsters sometime in 2019. Here's the official synopsis:

The new story follows the heroic efforts of the crypto-zoological agency Monarch as its members face off against a battery of god-sized monsters, including the mighty Godzilla, who collides with Mothra, Rodan, and his ultimate nemesis, the three-headed King Ghidorah. When these ancient super-species—thought to be mere myths—rise again, they all vie for supremacy, leaving humanity’s very existence hanging in the balance.