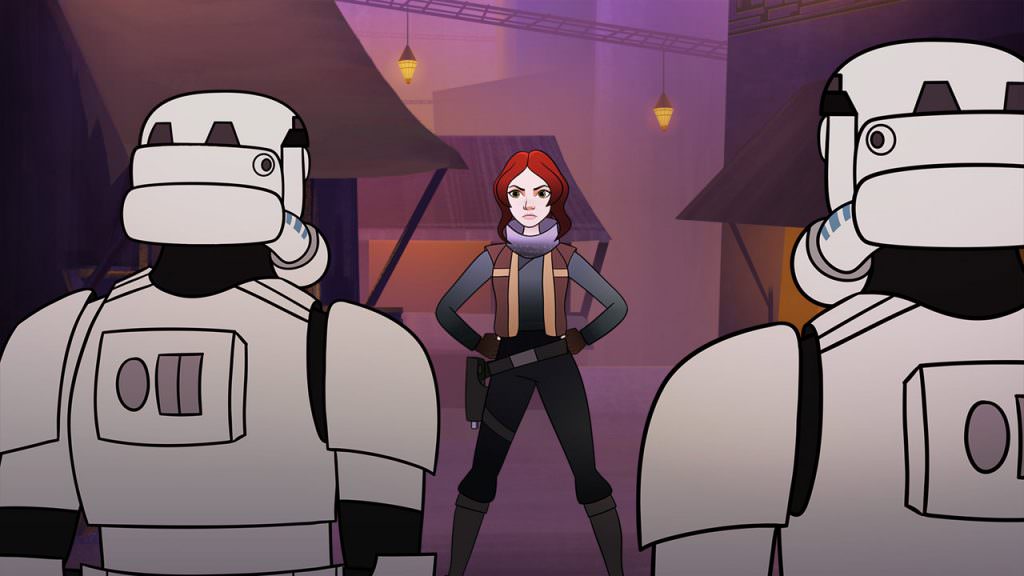 You don’t have to wait until mid-December for Rian Johnson’s Star Wars: The Last Jedi to get some fresh Star Wars action. Disney is releasing a new short-form animated series called Star Wars: Forces of Destiny, that will be coming to YouTube/Disney on July 3, and that will explore the lives of some the galaxy's most iconic characters.

The animated series boasts so serious real-life stars, with voice work from Star Wars: The Force Awakens' Daisy Ridley and Lupita Nyong’o, Rogue One’s Felicity Jones and more. Once the first short appears on July 3, a new one will follow every day at 10 a.m PST, ending with a broadcast on the Disney Channel on July 9.

These new additions to the Star Wars canon (canon status was confirmed by StarWars.com) will explore the “untold stories that helped shape the destinies of Rey, Jon Erso, Princess Leia, Sabine Wren, Amidala, Ahsoka Tano and others,” the official synopsis reads.

“Star Wars Forces of Destiny is for anyone who has been inspired by Leia’s heroism, Rey’s courage, or Ahsoka’s tenacity,” said Kathleen Kennedy, president of Lucasfilm, on StarWars.com. “We’re thrilled that so many of the original actors are reprising their roles in these shorts which capture the small moments and everyday decisions that shape who these characters are. It is a fun new way for people to experience Star Wars.”

This seems like a pretty good way to sate your appetite until The Last Jedi hits theaters on December 15.