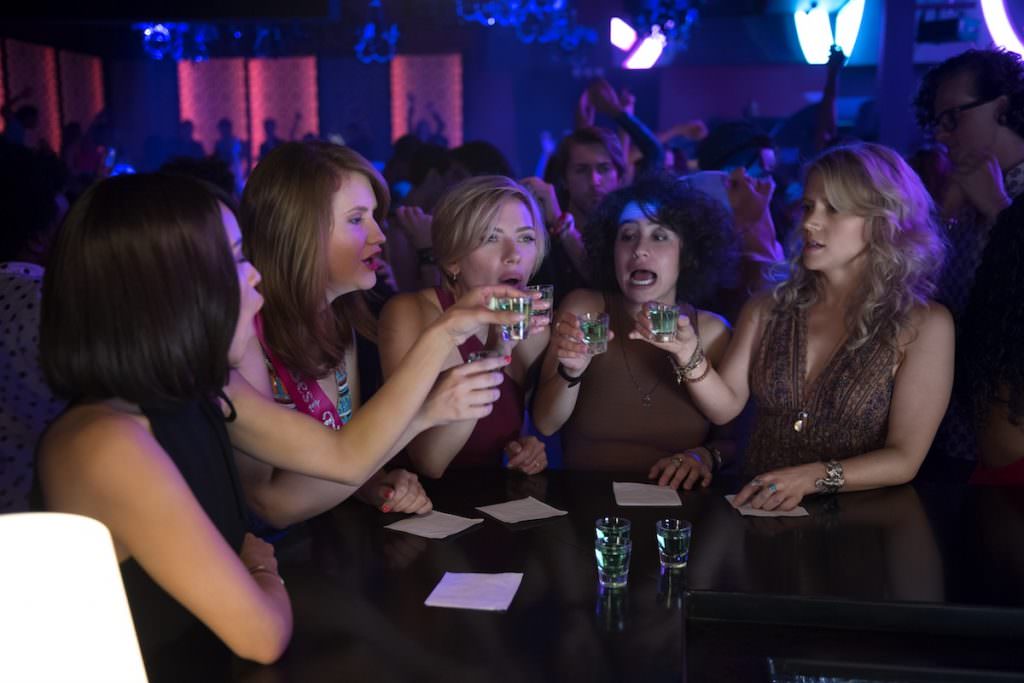 Watch Rough Night‘s Superb Cast Play ‘Would you Rather’

There is a lot of reason to believe that director Lucia Aniello’s (Broad City, The Traveling Bong) Rough Night could be one of the summer’s funniest films. Aniello’s comedic chops are indisputable, as she’s helped turn Ilana Glazer and Abbi Jacobson’s Broad City into one of the most hilarious, consistently inventive comedies on television. In Rough Night, Aniello could do for the ladies what The Hangover did for the guys, only the material might even be darker and the cast is even better. In fact, Rough Night is more a cinematic sibling to Peter Berg's Very Bad Things, and here's how—five best friends from college (Scarlett Johansson, Kate McKinnon, Jillian Bell, Ilana Glazer, and Zoë Kravitz) reunite 10 years later for a wild bachelorette weekend in Miami, which, like what happened to the fellas from Very Bad Things, turns pitch black when they accidentally kill a stripper (in this case, it's a male stripper). In an effort to cover up their crime, the ladies band together and strengthen their friendship.

In this new teaser, the cast plays a game of "Would you Rather," that classic thought experiment where you're given two equally hideous options and must decide on one. Warning, this inches close to NSFW.