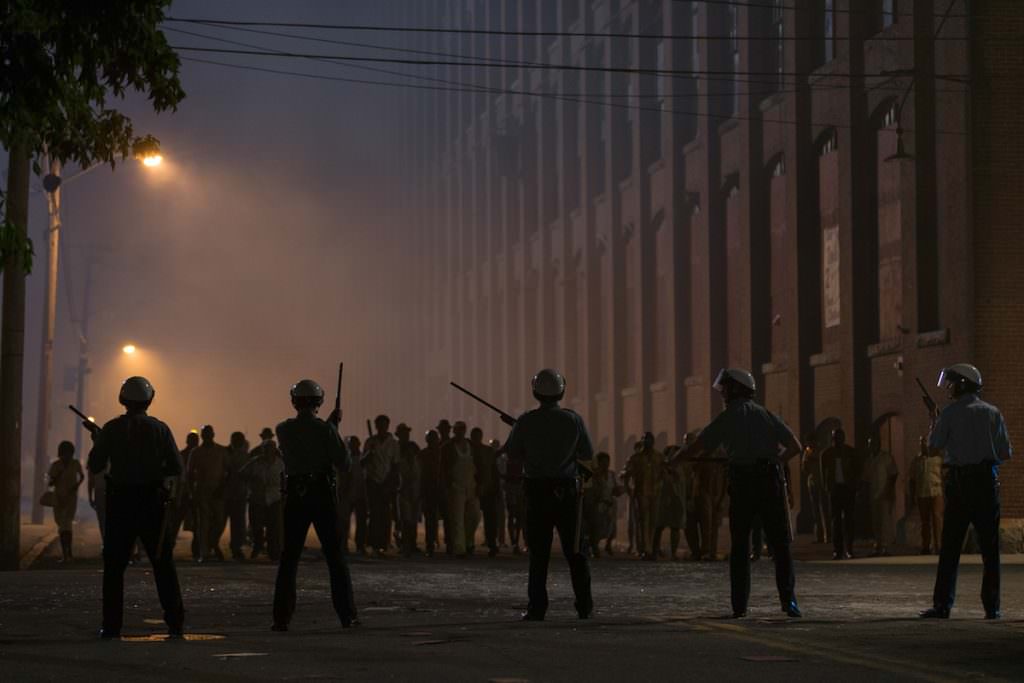 Kathryn Bigelow is a phenomenal director, and one of her many skills is her ability to create thrilling, unfussy action sequences that put her in a league of her own. While the modern action sequence is typified by quick cuts, confusion, and close-ups, Bigelow’s approach is to orient the viewer in space so that what she’s showing us, whether it’s a bomb squad doing their terrifying work in The Hurt Locker or the raid on Osama Bin Laden’s compound in Zero Dark Thirty, is as easy to follow as it is thrilling to watch. This skill will be put to use in her upcoming film Detroit, which is centered on that city's brutal, historic riot in 1967, and which was written by her longstanding collaborator Mark Boal.

Starring John Boyega (Star Wars: The Force Awakens, Attack the Block), Detroit follows the 1967 police raid that resulted in one of the largest and most terrifying riots in U.S. history. The Detroit riots evenetually lead to the mobilization of two Airborne Divisons of the United States Army and the federalization of the Michigan National Guard. This new trailer highlights Bigelow's uncanny ability to film big action set pieces, as the police open fire on the Algiers Motel in what feels like a wildly disproportionate display of force. The trailer is as intense as you'd expect from source material this explosive, showing the racial tensions, police abuse, and the burning of a city that characterized one of the darkest periods in recent American history. It's one of the most affective, chilling trailers in recent memory. Anything by Bigelow is worth seeing; Detroit seems like downright mandatory viewing.

Detroit will hit theaters on August 4.