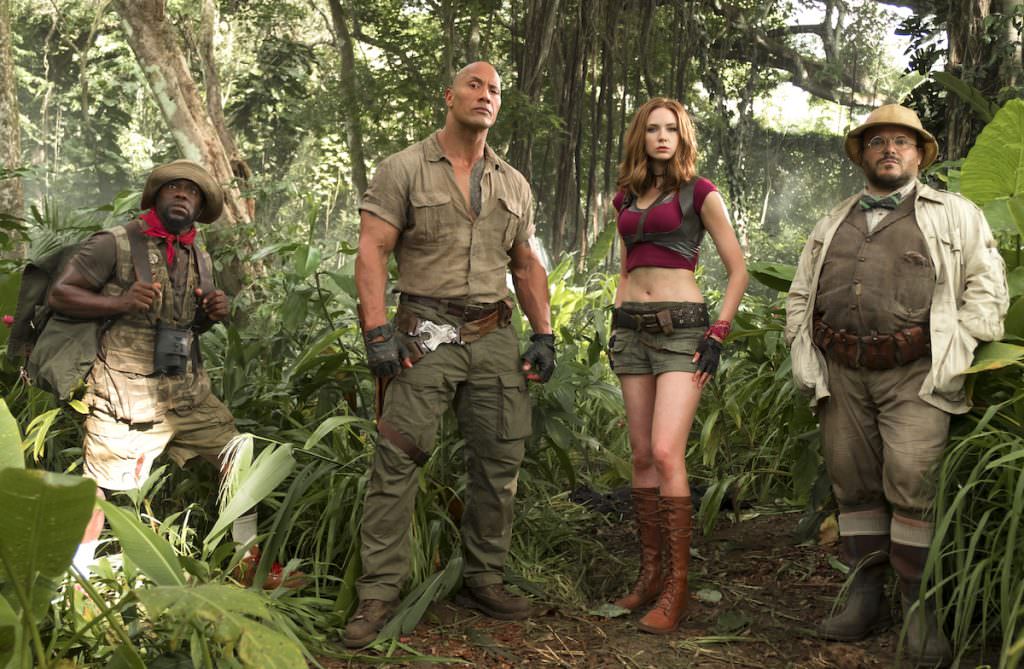 Watch the First Trailer for Jumanji: Welcome to the Jungle

Dwayne Johnson as a brawny adventurer? Yeah, we’ll buy that, but what's intriguing about Jumanji: Welcome to the Jungle is that in reality, Johnson's playing a high school kid. Sony has released the first trailer for Jumanji: Welcome to the Jungle trailer, which follows four teenagers who discover the ancient game of Jumanji (they’re bored during detention) and find themselves sucked into the game’s realm, where they become the games avatars, embodied by the aforementioned Johnson, Kevin Hart, Karen Gillan, and Jack Black.

For fans of Robin Williams turn as Alan Parish in the original Jumanji, this riff on the original premise should be welcome news. In the original, they actually set up a sequel rather bluntly; the titular game washed up on a beach (who knows where) and was just about to be dusted off and picked up by two girls. Perhaps director Jake Kasdan (Bad Teacher, Sex Tape, Walk Hard: The Dewey Cox Story) and screenwriter Scott Rosenberg (Con-Air, High Fidelity) have linked Welcome to the Jungle to the original through this sequence.

What’s also a fun twist is here is that it turns the original Jumanji premise on its head by having the players enter the world of the game, rather than vice versa. There’s also some knowing nods to video game tropes (like female characters wearing next to nothing), and with a cast this good, portraying teenagers trapped in adult bodies, Jumanji: Welcome to the Jungle has a lot of potential.

Check out the first trailer below. The film opens December 22nd.