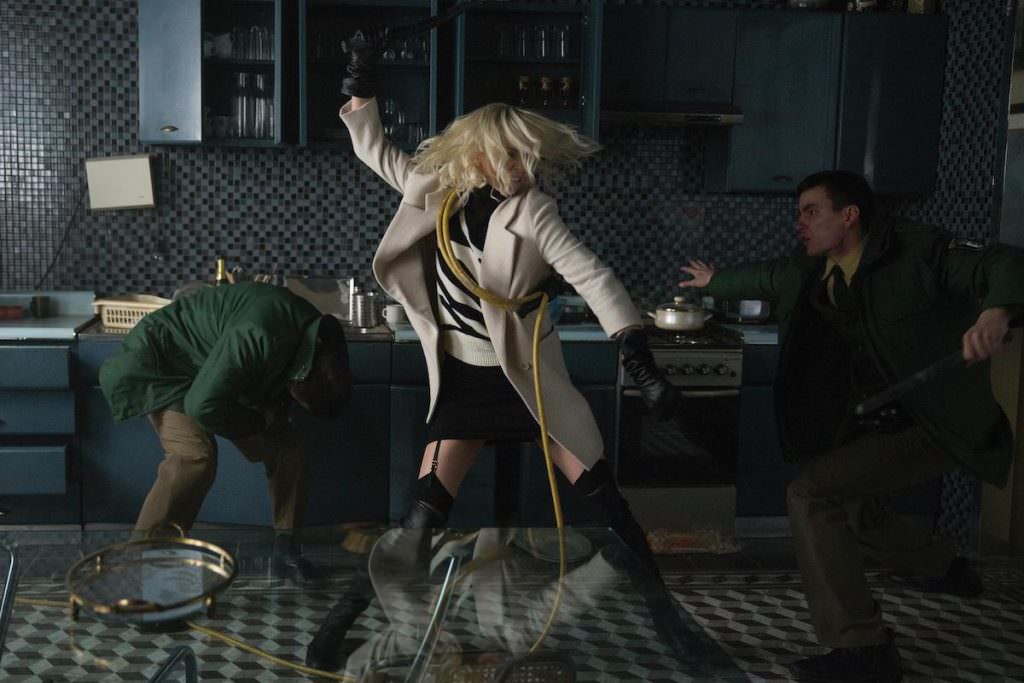 Stunt coordinator turned director David Leitch is unsurprisingly one of the best in the business at staging fights, and in Atomic Blonde, he has actually outdone his work in the original John Wick. Charlize Theron is an absolute wrecking ball in Leitch's spy thriller, and as this new clip highlights, she has become the perfect vessel for Leitch's brand of brilliantly staged, meticulously crafted stunt set pieces. Theron plays Agent Lorraine Broughton, a spy with a selection of skills that are as varied and deadly as Jason Bourne’s, while she carries herself with the cool swagger of James Bond. She’s been sent alone into Berlin as the Wall falls to retrieve a crucial dossier, partnering with station chief David Percival (James McAvoy) to navigate her way through a deadly game of spies. In the process, she lays waste to comers of all sizes, skills and brandishing all sorts of weaponry.

Check out this  clip, 'Father Figure,' for how cleverly set it up it is, and then stay for the soundtrack—George Michael's classic song of the same name. Utilizing hand-to-hand combat skills and whatever appliances and potential weapons are at hand, the sequence is thrilling not only for the genius choreography, but for Leitch's ability to leave the best part for last. In fact, in the film itself, the most stunning sequence of all falls right at the end.