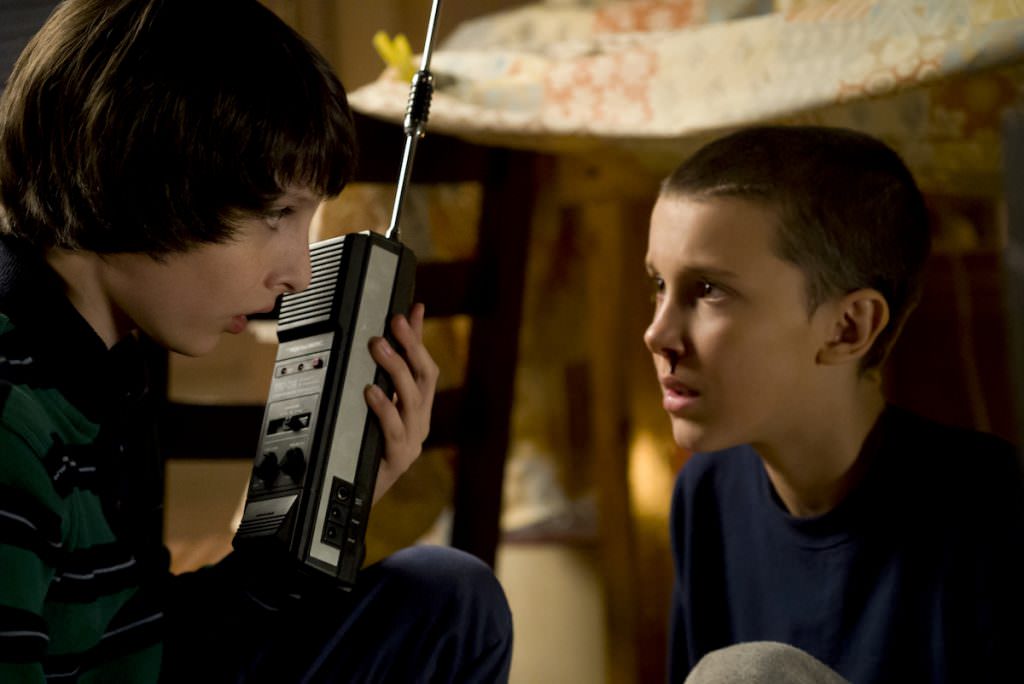 The Duffer Brothers' Stranger Things was a critical smash for Netflix, a medley of throwback charm, real tension, ace casting and superb pacing. The setting (small town Indiana) and the era (1983) were handled with loving attention and period-perfect detail, as we followed the mysterious case of a missing child, his friends' courageous attempts to find him, and the deepening weirdness that involved government experiments, supernatural creatures and worlds, and a possibly superpowered little girl who goes by Eleven. Stranger Things was Spielbergian in not only for loving homage to the directors 80's classics like The Goonies and E.T., but also in showing a world gone mad through the eyes of children—and their effort to set things right. It also gave us the trials and tribulations of poor Barb—more on that later.

What made Stranger Things possible was also the skill and commitment of the effects team. The Duffer Brothers relied on as many practical effects as they could to make the main monster, the demogorgon, and the parallel universe it inhabits, the Upside Down. Yet what the brothers found was their visual effects team, led by supervisor Marc Kolbe, could let them dream bigger than they initially imagined. We spoke with Kolbe about how he and his team populated the show with one hideous (and inspired) monster, spores, vines, vintage cars, buildings, and a whole parallel universe that changed the way the Duffer Brothers imagined the show, and, the upcoming second season.

Much has been made about how fantastically the show captures the look and feel of the 1980s—what part did you play in pulling that off?

I think it was a bunch of things. We worked hard on giving it that 1980s feel, with nods towards Spielberg and Stephen King, but the Duffer Brothers did it in such a clean, nice way. It wasn’t about trying making the look so over the top and throwing it in your face, it was much more about very subtle things that made you feel like you were back in the 80s. Every time you watch the first season, you catch something new. Then there was the kids—like the kids from Goonies, our show was realistic in showing the way a kid would deal with things. This subtlety carried over to the VFX; I’d say probably 75% of the effects you wouldn’t even know were effects. There are the obvious pieces, like the monster, but there were so many invisible VFX shots we did to bring it back to the 1980s. 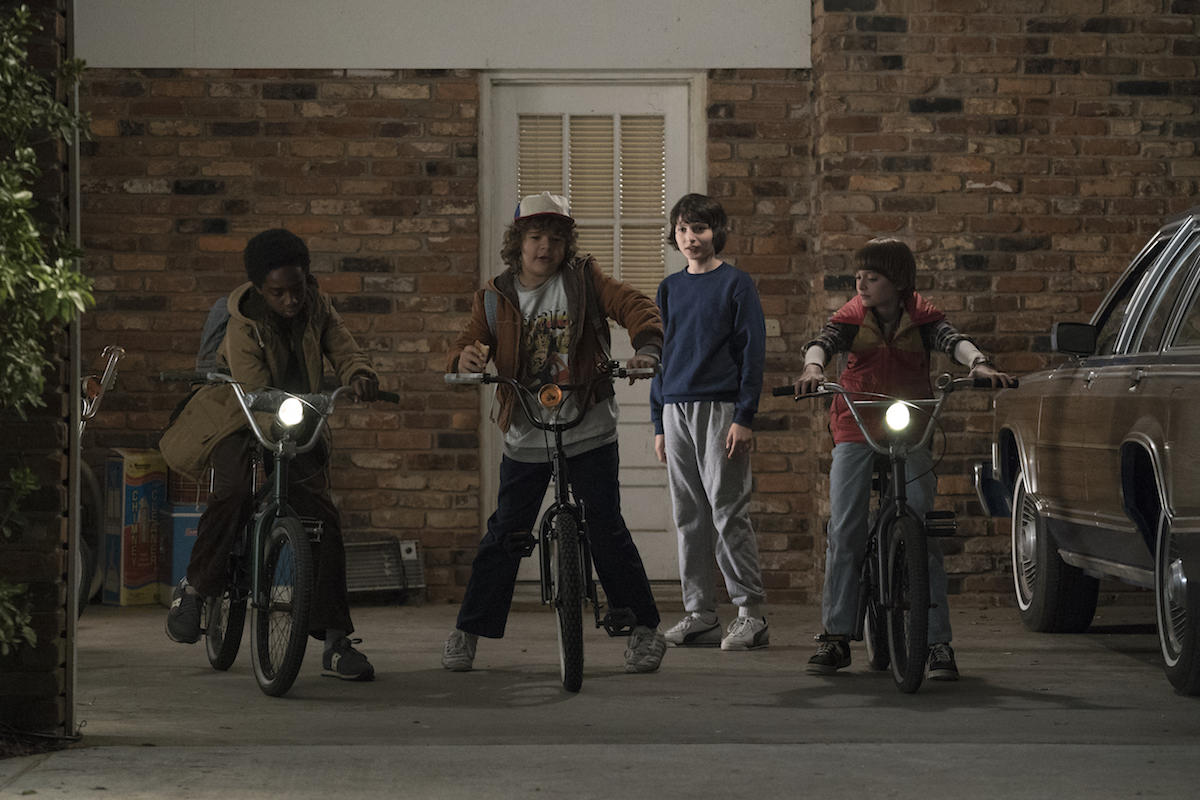 For example when the Sheriff [David Harbour] and his men are standing outside the fence line to the lab [Hawkins National Laboratory, a major plot point in the show], through the trees you can see the lab, that was a visual effects shot—there was no lab. Or anytime you see snow, or even rain; it didn’t snow in Atlanta, so we put snow there, and it didn’t rain when we shot, but rain was called for in the script, so we put that in, too. When they’re in town, once in a while we’d see a non period car or store, so we’d have to remove those so people didn’t say, that wasn’t there in the 80s!

One of the striking things about the show is that the effects have a cinematic quality, which viewers may be used to on a massive show like Game of Thrones, but not so much on a smaller show like Stranger Things.

One of the things the Duffer Brothers really wanted to do was rely on as many practical effects as possible, which I love to do. I love that mix between the practical and the digital. You want to give the audience the question of, wait, that looks real but there’s no way it can be! Like in Joyce’s [Winona Ryder] home, when the monster starts coming through the wall—that was an old school latex wall with the hand and face pushing through, but then it got to the point where the latex wouldn’t hold when it got to a certain depth, the hands and face wouldn’t look right, so we started with the physical, practical effect, then swapped out and went digital to finish it off.

There must be a lot of prep for those practical effects…

A lot of times when you get to the practical side, you forget how much time it takes to do things for real. It takes so much time, so much practice, you can spend a day shooting that one effect, and in TV we don’t have the time to do that. So we try to get it to a certain point and then we hand it off digitally in post.

How did you create the parallel universe, the Upside Down?

There are simple things like the spores, when they’re walking into the lab with all those floating spores, that you might assume are practical effects, but those were digital. The way the light interacts with the spores and the vines in the Upside Down. The Upside Down world turned out really good…it was another blend of the practical and digital. We couldn’t’ take a whole town over and cover it with vines, so we did a lot of that digitally.

Let’s talk about the monster, the demogorgon.

ASC (Aron Sims Creative) did the concept design for the monster, and they work with hand in hand with Spectral Motion, which actually built the suit for the guy-in-the-suit setup, complete with an animatronic head with the petals. With a creature like that, one that’s human-esque but not human, you hit the roadblock of things like, how do we make the fingers move, how do we make the body move? Also, the monster has to be three feet taller than any normal sized person, and we don’t have any 8-foot-tall humans, so are we going to put someone on stilts? So we learned what the limitations were with the suit, like the fact that the actor couldn’t run because he’s on stilts, but he can move the fingers, and we can do the animatronic head, but then, wait, he can’t see! We figured out what we could do practically and what we had to do digitally. We tried to use the suit as much as possible during the fight sequences, then we’d have to remove our guy-in-the-suit if we had to do anything special, like when the creature comes out of the ceiling, or runs, or comes out of the wall.  It’s a lot of mixing.

The demogorgon’s head is the most unique part—that thing was a practical effect?

The beauty of that animatronic head was we were able to scan it and recreate it perfectly, which really helped for the digital side. It’s always hard when you’re building from scratch digitally, people are constantly complaining that it doesn’t look real, but if it’s a real head, nobody questions it. The animatronic head also gives us references for lighting, so if we had to reanimate or tweak it digitally, we had a visual reference, and that makes our lives so much easier. It’s really helpful to have the ability to have both. And it gives us a starting point. Especially for the directors—it’s hard for directors to go into a VFX facility and direct an animator, because they’re tweaking each petal hand by hand.

The demogorgon goes from being sort of in the background, creeping around in the shadows, to a full-blown presence in the final few episodes. How much work was that for you and your team?

The amount of creature shots for the last episode was huge. I worked on Spike Jonze’s Where the Wild Things Are, and the Duffer Brothers, like him, prefer doing practical stunts and effects, but the realities of time and cost make that hard, and you can’t do reshoots at the end, so, the only thing we can do is go digital. So I did a digital test with the entire creature, and I showed it to the Duffers, and they thought it was awesome, so then they wanted to do more. So when the monster comes crashing through the wall in the school at the end, that was initially going to be the guy-in-the-suit, with a much more simple set up, but once they liked the digital version, those final scenes became much more complicated.

Honestly, working with the Duffers was a lot of fun. They’re very open to ideas and letting us design the sequences so that everything works. It’s always hard to direct something when you don’t see it, what’s there? 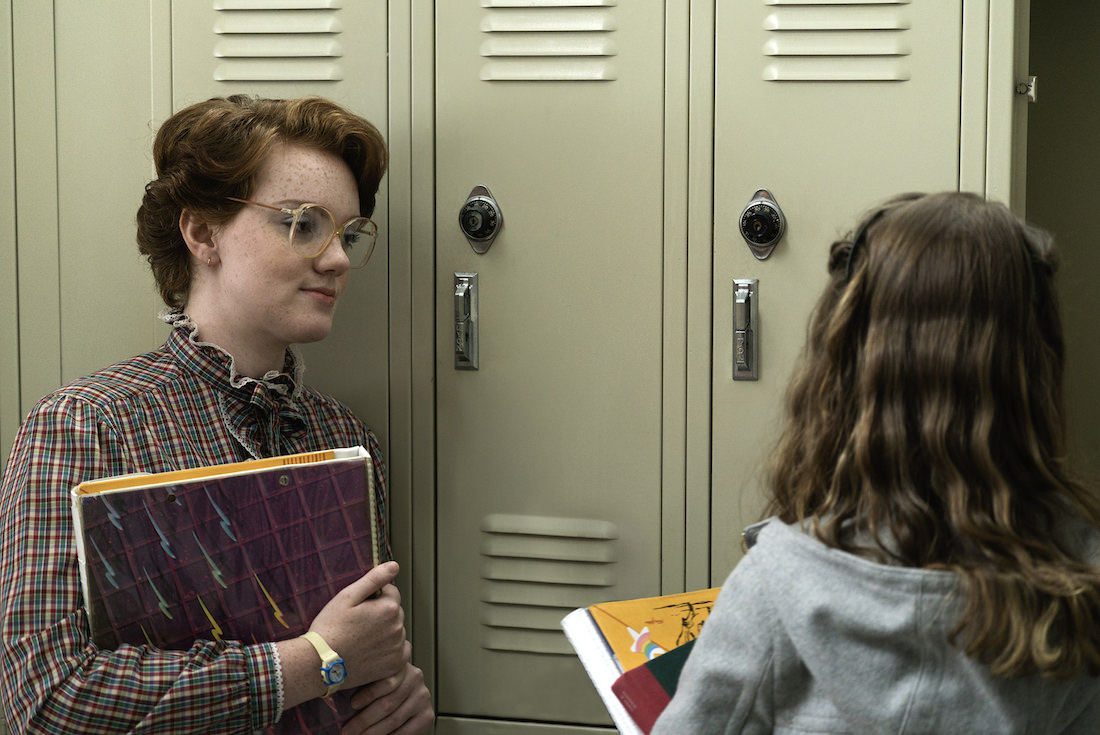 I’ve almost forgotten about Barb. We can’t forget about Barb!

I think the whole ‘Barb in the pool’ sequence turned out phenomenally. The house itself is a real location, where we filmed the party, but then the pool was a stage we built, and then the vines were practical effects. We left one side of the pool open so we could put a camera in, then the house behind it is actually a 3D matte painting, so we built that for the Upside Down, then we realized we’d forgotten the patio furniture, so we built that into the shot digitally. Then when the creature shows up, that was practical, but they wanted to change the head slightly, so we did the head digitally. It was a mixture of a guy-in-the-suit and a digital head, and we added all the spores and debris to give it that eerie feel. Then color correction gave it a whole other look and feel. Even the blood that drips into the pool is a mix of the practical and digital. At first the drops are real liquid, but then it didn’t disperse in the water right, so we augmented the blood digitally.

So Barb’s not coming back, is she?

That I don’t know. We did see her pretty dead in the Upside Down world with that slug coming out of her mouth. Maybe she comes back as a monster.

I know you’re not working on season two, so perhaps that means you can tell us everything you know?

[Laughs] No. I do know that because of what we did in season one, and what the Duffers saw can be done digitally, they started re-writing everything in season two to be much bigger, with a lot more of everything. It’s big, I can tell you that.