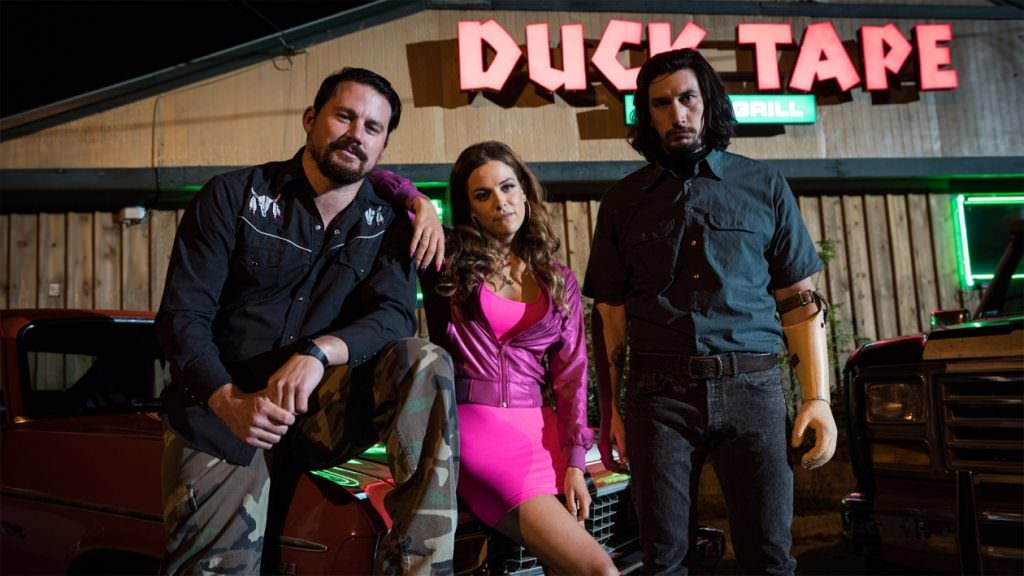 After Steven Soderbergh announced that he was going to retire from filmmaking and transition into painting by his 50th birthday, here's a snapshop of some of what he has done: He directed Cinemax’s The Knick for two season (sensational, gruesome), helped Spike Jonze edit his award-winning feature Her, executive produced an adaptation of his film The Girlfriend Experience for Starz, is working on an HBO series titled Mosaic (which will allow the audience to interact with the story), and now, has returned to feature filmmaking with his NASCAR heist film Logan Lucky, starring Channing Tatum. This, folks, is what retirement looks like when you’re Soderbergh.

The new trailer for Logan Lucky is pure Soderbergh; we follow Jimmy Logan (Tatum) who, after being fired from his construction job, decides he's going to reverse his family's terrible luck by taking matters into his own hands. His idea? To reach out to his friends, the Redneck Robbers, and steal $14 million from the Charlotte Motor Speedway. Co-starring Adam Driver as his one-armed brother, Clyde, Riley Keough as his sister, Mellie, and Daniel Craig as criminal Joe Bang, Logan Lucky has some of the hallmarks of Soderbergh's star-studded Ocean's heist films (incredible cast, complicated heist plot), only set in the south among colorful lowlifes with names like Fish Bang (Jack Quaid) and Max Chilblain (Seth McFarlane), with a script from Rebecca Blunt. It was Blunt's script that drew Soderberg in, which he told Entertainment Weekly was like "anti-glam version of an Ocean's movie…nobody dresses nice. Nobody has nice stuff. They have no money. They have no technology. It’s all rubber band technology."

You'll see from the trailer that Logan Lucky is filled with the kind of energy and visual wit that has made Soderbergh one of the great filmmakers of his era. On August 18, you can go see his return to feature filmmaking and remember what makes him so special.