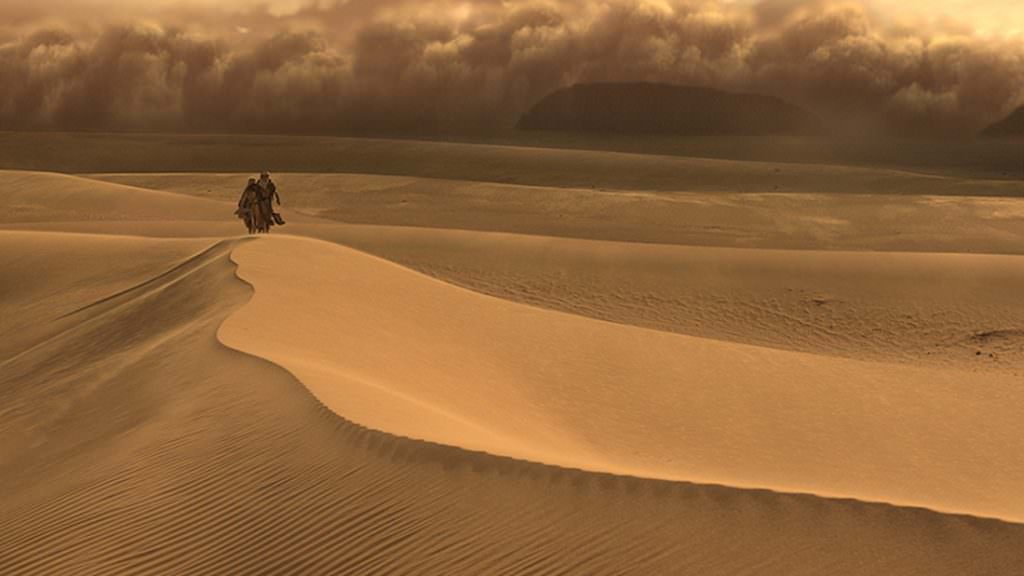 We are excited about Star Trek: Discovery for a bunch of reasons. First, the iconic sci-fi franchise’s return to TV is, in itself, a big deal. We’ve been waiting since 2005 for the Starfleet to be back on the small screen, and to know its being shepherded by Hannibal’s Bryan Fuller and The Mummy’s Alex Kurtzman only sweetened the deal. Then, there was the casting of The Walking Dead’s Sonequa Martin-Green in the lead role, a great choice. And finally, we were intrigued by the fact that this would be the first Star Trek to focus on a character (Green’s First Officer Burnham) who wasn’t the highest-ranking officer on the ship.

Now, showrunners Aaron Harberts and Gretchen J. Berg have told EW a bit more about Martin-Green’s character, including the fact that she’s the first human to attend the Vulcan Science Academy:

“Burnham [has] spent a lot of time on Vulcan, but she’s human,” Harberts says. “Sarek [Spock’s father, played by James Frain] plays an important role in her life, which has been completely planned until she makes a very difficult choice that sends her life on a very different path. When we meet her, she’s the First Officer on the Starship Shenzhou [captained by Philippa Georgiou, played by Michelle Yeoh]. And Burnham’s choice that we’re alluding to is most difficult choice you can make — it affects her, affects Starfleet, affects the Federation, it affects the entire universe. That choice leads her to a different ship, the Discovery [helmed by Captain Lorca, played by Jason Isaacs] and there we begin what Gretchen and I call our ‘second pilot.’”

By focusing on a character who isn’t in charge, Star Trek: Discovery will allow viewers access to parts of the ship, and to conversations and situations, that wouldn’t be possible if we were spending most of our time on the bridge, as we have in the past. It’s a concept with a lot of potential. Here’s how Berg sees it:

“The joy is in the journey,” Berg replied. “The advantage to her not being in charge of the bridge right now is we get to tell stories from a very different point of view. It’s a fresh feeling because we’re not on the bridge all the time. We get access to more parts of the ship.”

The events in Discovery taking place roughly a decade before the original Star Trek, which began in 1966. The timeline begins around a hundred years after Earth first made contact with the Klingon species

Star Trek: Discovery will debut on Sunday, September 24th on CBS. New episodes will be available weekly on CBS All Access.