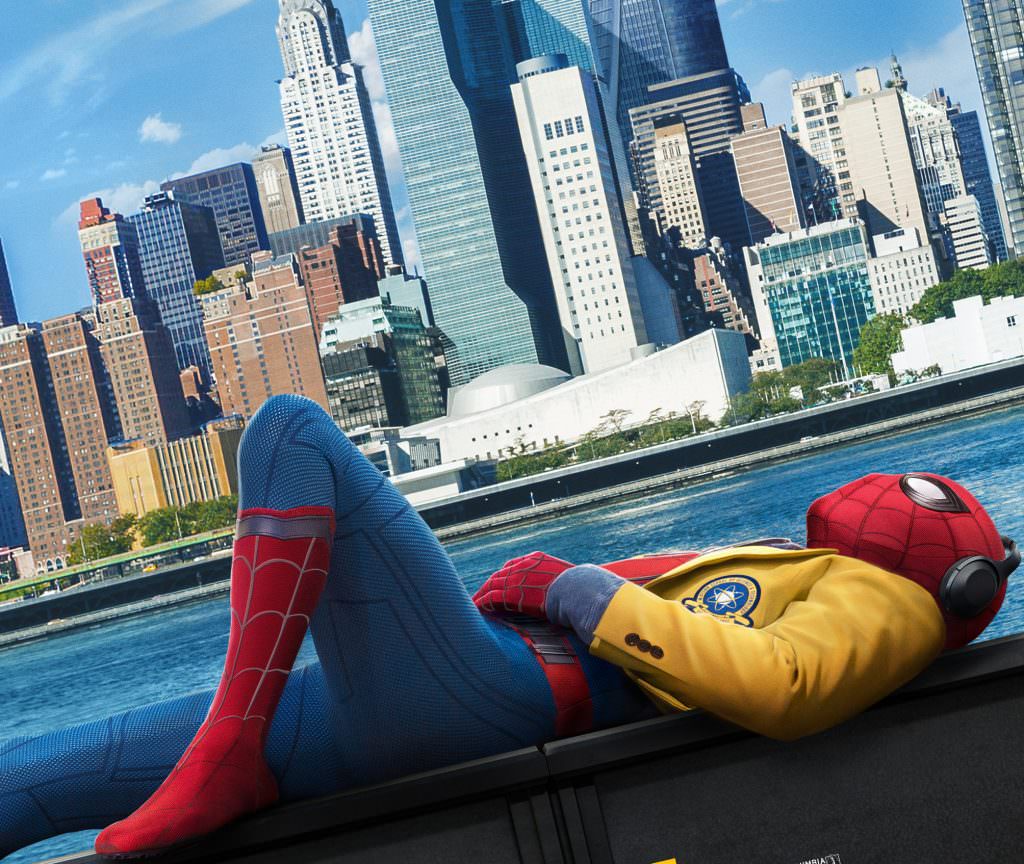 Sony Pictures is making the most of the NBA Finals by creating some breezy, funny Spider-Man: Homecoming spots around. The latest, which aired last night during the game (which Golden State won in a blowout) stars Happy Hogan (Jon Favreau), Tony Stark's right hand man, and of course Peter Parker (Tom Holland). It seems that at Tony's party, a certain Tim Duncan is hungry, and Happy decides the quickest way to get food isn't delivery, it would be for Peter to don his Spidey suit and web his way downtown. Things don't go according to plan.

This is yet more proof that director Jon Watts is making the most of Tom Holland's youth and the wit that has always surrounded Robert Downey Jr.'s Tony Stark and his team. Every Homecoming teaser, trailer and clip we've seen has played up the fact that this Spidey is young, impressionable, and very much still just a teenager. Another major departure from previous Spidey films is that in Homecoming, Peter has something of a benefactor in Tony Stark. Remember that look inside the suit Stark made for him? In previous Spider-Man films, Peter has had to pretty much go it alone, but now he's got Iron Man himself kitting him out, giving him a suit complete with a JARVIS-like artificial intelligence to help him.

The most notable thing about Homecoming, however, is how it brings us back to Peter Parker's origins as Spidey, showing the teenage Parker in his Queens High School, simultaneously dealing with bad guys at nights and bullies during the day. Peter's best friend Ned (Jacob Batalon) will likely have a big impact on the proceedings, as well as his high school crush, Michelle (Zendaya), his aunt May (Marisa Tomei) and whoever Donald Glover's playing.