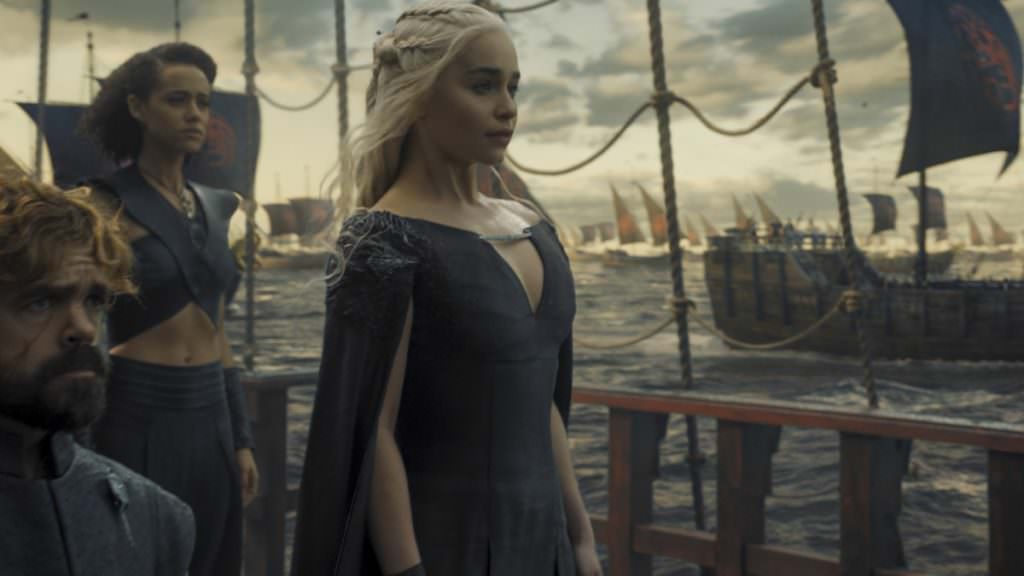 Meet Ramin Djawadi, the Man Behind The Music of Game of Thrones

The last time we checked in with Game of Thrones, we were unpacking the epic second trailer for season seven, and we were going behind-the-scenes with the special effects team to meet the folks who put the fire in Drogon's breath. Today, we're taking a look—and a listen—to the composer who gives the show its signature sound—Ramin Djawadi. HBO has released a new "Inside Game of Thrones" that highlights Djawadi's work, and it's a pleasure to watch him he pluck away the theme song on his guitar.

Djawadi discusses how his role on GOT is that of a storyteller; through his music, he can guide viewers in the right, or wrong, direction. While the theme song is now iconic, Djawadi and the GOT creative time wrestled with figuring out a way to create a score that made you instantly aware you were in Westeros through specific themes, without creating too many musical elements to confuse or obscure the music. There's already so many characters, plots and various houses on the show, so Djawadi knew that creating a score that was too convuluted would take away the emotional impact the music needed to have. In practice, this meant holding off on giving certain characters their bespoke themes until the show had entered its second season, including Theon Greyjoy and Arya Stark.

For Arya, her theme is appropriately called "Needle" (named after her small-but-lethal sword), and Djawadi performs it on a hammered dulcimer. The show has inspired Djawadi to use a wide array of instruments, including most of the orchestral instruments (strings, French horns, trombones and percussion) to the didgeridoo (a wind instrument created by indigenous Australians used for the Wildings) to the Armenian duduk (used for the Dothraki).

Djawadi also discusses his method for how he scores each scene, and how he builds and layers the score over time throughout the editing process. This video proves, once again, how many talented people pour their hearts and souls into the show. While show creators David Benioff and D.B. Weiss and stars like Kit Harington, Emilia Clarke and Maisie Williams are deservedly praised, it's good to remember that it takes a Westeros village to make Game of Thrones.