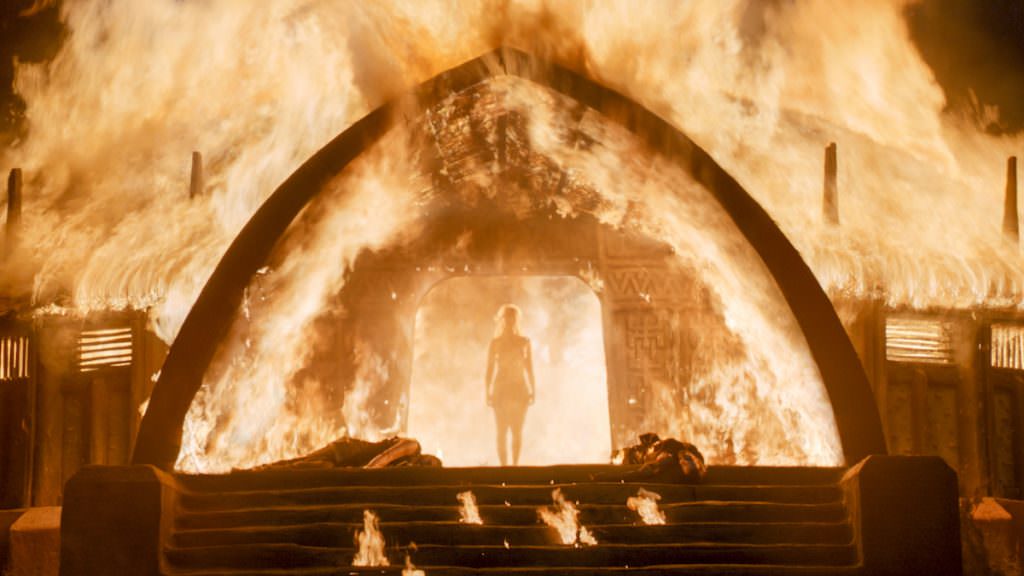 Last week we told you that Game of Thrones had likely entered the Guinness Book of World Records with a massive stunt they pulled off for season 7. In the upcoming season, thanks to Dany's dragons now being the size of 747s, the stunt, visual and special effects department cooked up a massive sequence in which 20 stunt professionals were set on fire simultaneously. Now, HBO has dropped this inside look at GOT's special effects, special effects supervisor Sam Conway describes how the SFX's team special mandate is bringing "chaos and destruction" to the world of GOT, making sure that every time Drogon unleashes on somebody, or Jon Snow relieves a challenger of a limb, it looks, sounds and feels real.

The relationship between visual effects (the folks that turn real men into giants and dogs in direwolves in post production) and Conway's team of special effects has grown more and more symbiotic as the technology, both for practical effects and CGI, has improved so dramatically. To put it another way, the special effects people provide the very real fire "in-camera" on the day of the shoot, and then the visual effects folks build the dragon via CGI in post-production, giving you a seen like this. Whether it's gas, wind, water, smoke, pyrotechics, blood, snot—all of this is the SFX trade.

Game of Thrones returns on July 16.