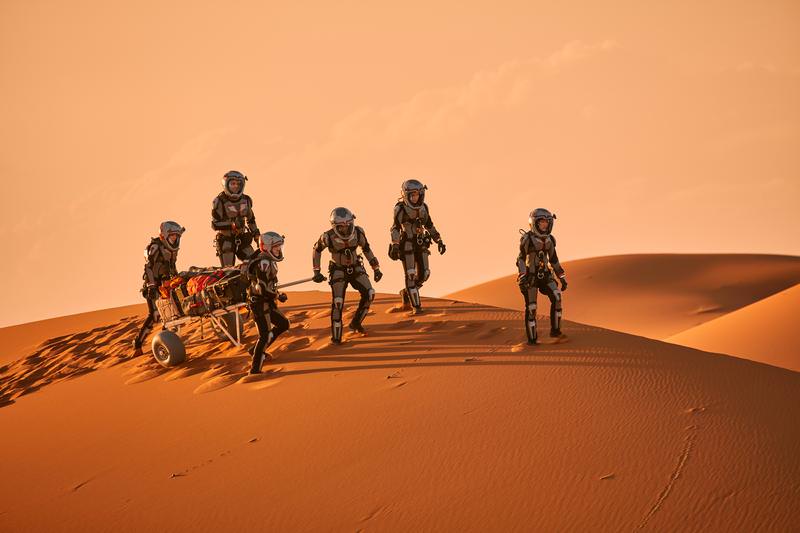 Last fall, National Geographic premiered a new series that was as ambitious and innovative as its subject: the first manned mission to Mars. Over seven episodes, Mars featured inspiring interviews with some of the greatest minds of our age while visualizing the first human colonization of the red planet. Experts delve into the history of space exploration, the unbelievable technology that’s already been developed, and what it will take to make home on a new planet. Predicting that astronauts could be making the journey as soon as 2033, well informed writers scripted a tense, emotional, and amazingly cool drama imagining the Mars landing. The mission is an explorer’s dream that has long been contemplated in entertainment could be more science than fiction soon.

The miniseries defied categorization and stumped the Television Academy. The hybrid format stretched conventional storytelling, but it eventually landed among the documentaries for Emmy consideration. Executive producer Justin Wilkes spoke with us about the science behind the script, pushing the boundaries of documentaries, where to find Mars on Earth, and more.

Mars interweaves interviews with contemporary scientists with the dramatization of the first manned mission to Mars. How did it come about that was the best approach to telling this story?

The genesis of the project began where we believed that we were going to make a documentary about SpaceX and Elon Musk. From the first conversation with Elon it became very clear that his ambition, at least for participating in something like this, was that he wanted to tell the bigger story as to why we as a civilization need to go to another planet. Not a small topic of conversation. That quickly led us to think just doing a conventional documentary is not going to enable us to take the audience on the journey that we thought was necessary to explain why we need to become an interplanetary species and get into what it is going to be like for those first explorers. We didn’t start out by thinking we were going to create this sort of hybrid format. It genuinely began, as all docs tend to do, with a great story.

Because of the unique storytelling approach, Mars had difficulty finding an Emmy award category, but ultimately landed in documentary. Do you feel like that’s the best place for this project?

You never set out to make these things thinking about what Emmy category you’re going to fall into, so it’s a fun exercise regardless of what the outcome may be. We always saw this as nonfiction because it was rooted in a nonfiction story and the real science of what was going on at SpaceX and at NASA. It was only as a result of that, that we started to think about how to bring it to life in the most cinematic way, which is where this notion of these pre-enactments or dramatizations kind of came in. For us, it was never really a question. We had optioned a nonfiction book by Stephen Petranek, who’s one of the executive producers, called How We’ll Live on Mars. The book is a series of interviews with the best and brightest minds out there talking about Mars and then he also started to describe what that first human mission would be like. We took our cue from that. When we submitted to the Emmys, I don’t think it was even a question in our mind where it lived, and I think as a responsible organization, they asked us to petition and give our point of view on it. I think to the credit of the Academy, the fact that they have recognized that there are new ways of telling a documentary story, is fantastic because as filmmakers, we always want to be encouraged to push the traditional boundaries of storytelling. 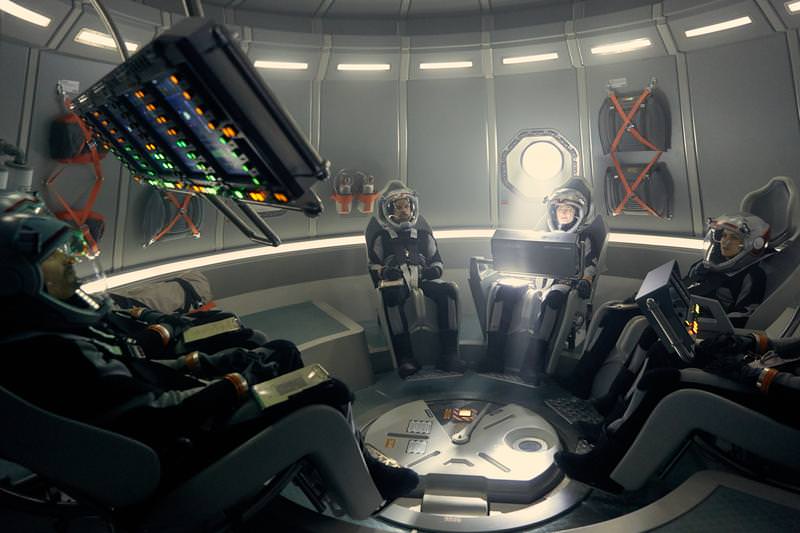 The crew aboard the Daedalus. (Photo credit: National Geographic/Robert Viglasky)

What kind of research did your screenwriters have to do to be able to envision the first manned mission to Mars?

So we began with a series of these big thinker interviews. We had hours of those interviews and those transcripts. We started to think about what the arc of an episode might be, where we want to take our crew, the initial landing on mars to eventually where they are going to set up their colony. We drew from all of these interviews that we had done and then on top of that we had experts that we would tap into who are, in fact, rocket scientists. People who specialize in Mars geology and the people who are in SpaceX who are starting to think about what that mission might entail and all of that fed into the writers room. While not all of our writers were rocket scientists, a couple of them actually did have aerospace backgrounds they were able to draw upon. It’s a unique format because, while there’s certainly this dramatized component to it, it’s all completely based on fact. While we’re in one sense flash forwarding to the future, we’re not imagining that much. We’re actually drawing upon what everyone who is working on this believes will be the first mission to Mars.

The interview portions feature pioneers like Elon Musk, Captain Scott Kelly, and Neil deGrasse Tyson. How did you decide who would be the best mind to tell this story?

We put together a master list really based on the different subjects that we knew we wanted to cover in the series. There is the technical component to it. There’s the human experience component to it that someone like a Scott Kelly has an opinion on. There’s the aspect of travel and exploration. We have former astronauts who were a part of that as well. Each person represented a very specific piece of the narrative that we wanted to tap into. And what I was surprised at was how many great minds are actually thinking and planning a Mars mission. As much as it sounds like science fiction, there is a whole community of people, both in aerospace and otherwise, that are thinking about this and literally dreaming this up. It was almost an easy ask because everyone that participated was just so excited to be a part of something that celebrated the work that they’ve been doing somewhat uncelebrated up to that point. Everybody that we reached out to for the most part wanted to be a part of it. 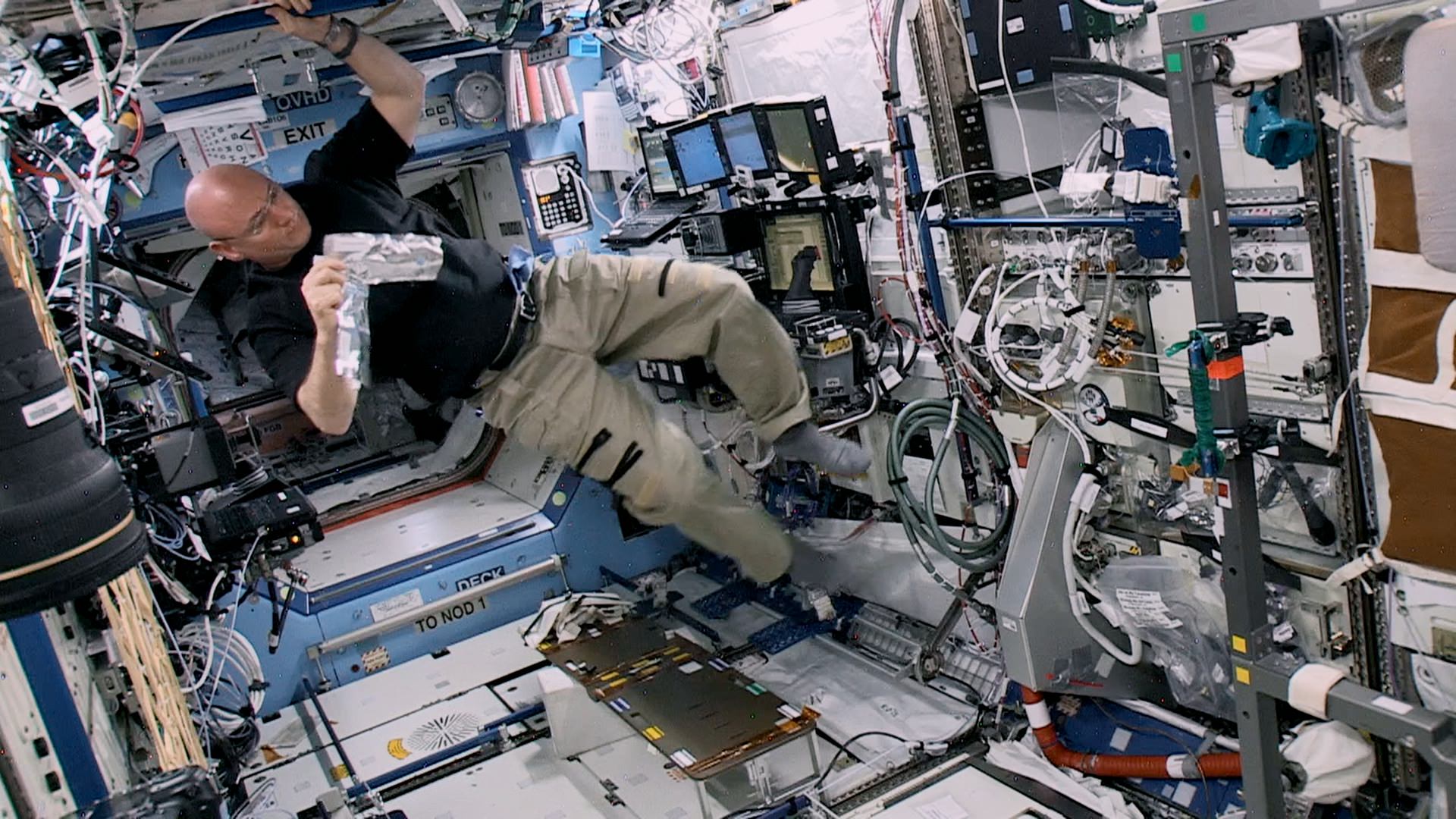 Where did you find was the most convincing place on Earth to recreate Mars?

We filmed in Budapest, not exactly where you’d think Mars might be. We chose Budapest because of the great tax credit there for production at the moment. They have incredible production resources, a high level of craftsmanship and excellent crews, so we took advantage of that. For the exterior of Mars, we found that the northern deserts of Morocco are one of the more similar locations on Earth to what the surface of Mars is like. In fact, NASA has used that area as a test site for some of their rover activities. We’ve obviously done more in the VFX process to augment that, but we were pleasantly surprised how much we were able to capture in camera in Morocco. It really does geologically look a lot like Mars.

You’ve worked on a lot of documentary topics including What Happened, Miss Simone? That’s a very different topic than the first manned mission to Mars. What makes for a great documentary?

It is all story. It sounds like the obvious answer, but it all comes down to the story and the characters and as different as a music film might be about a great musical artist from the sixties to a very future forward story about a mission to Mars, it still relies on the same basic story tenants that we as documentary filmmakers look for. Are there great characters? Is there a compelling story line? What is the best way to be able to tell that story? I think all of our projects are common in that DNA whether it’s a crime story or more celebrity driven documentary or something as big as even going to Mars.