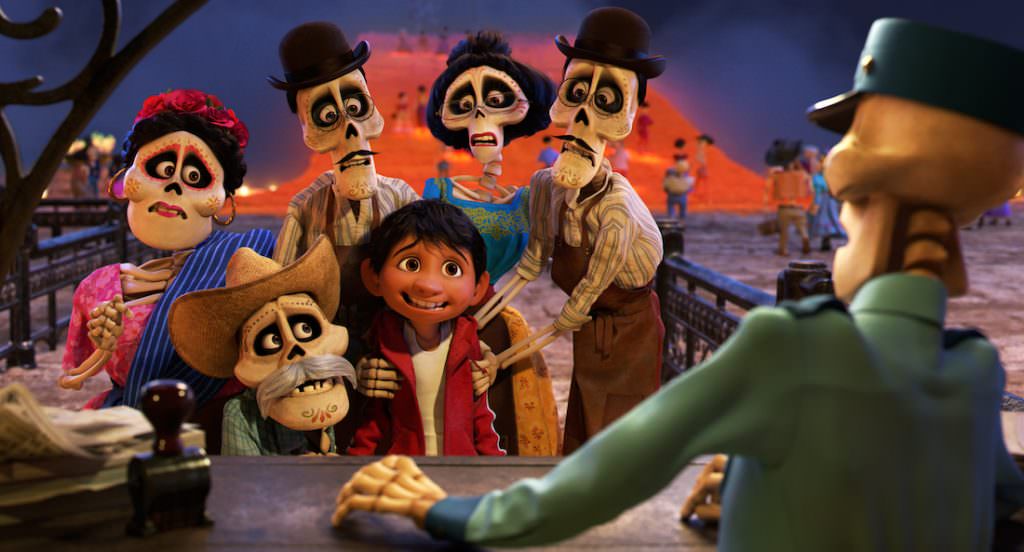 While Pixar has done extremely well creating franchises (Toy Story, Cars, Finding Nemo/Dory), they remain at the forefront of original filmmaking, pushing the envelope of what we expect from an animated film. Their latest, Coco, is another brand new story, centered on one boy's arrival in the Land of the Dead.

Coco follows the story of Miguel (newcomer Anthony Gonzalez), a 12-year-old boy living in a Mexican village, who despite growing up in a family of shoemakers is desperate to become a musician. His idol is the late, great Ernesto de la Cruz (Benjamin Bratt), yet Miguel's dreams of following in de la Cruz's footsteps seem nearly impossible, until, that is, he accidentally finds himself in the Land of the Dead, interacting with the souls of his ancestors who had banned music from the family in the first place.

Pixar has Cars 3 zooming into theaters on June 16, while Coco opens in theaters November 22, just in time for Thanksgiving. In the meantime, you can check out the new trailer below: