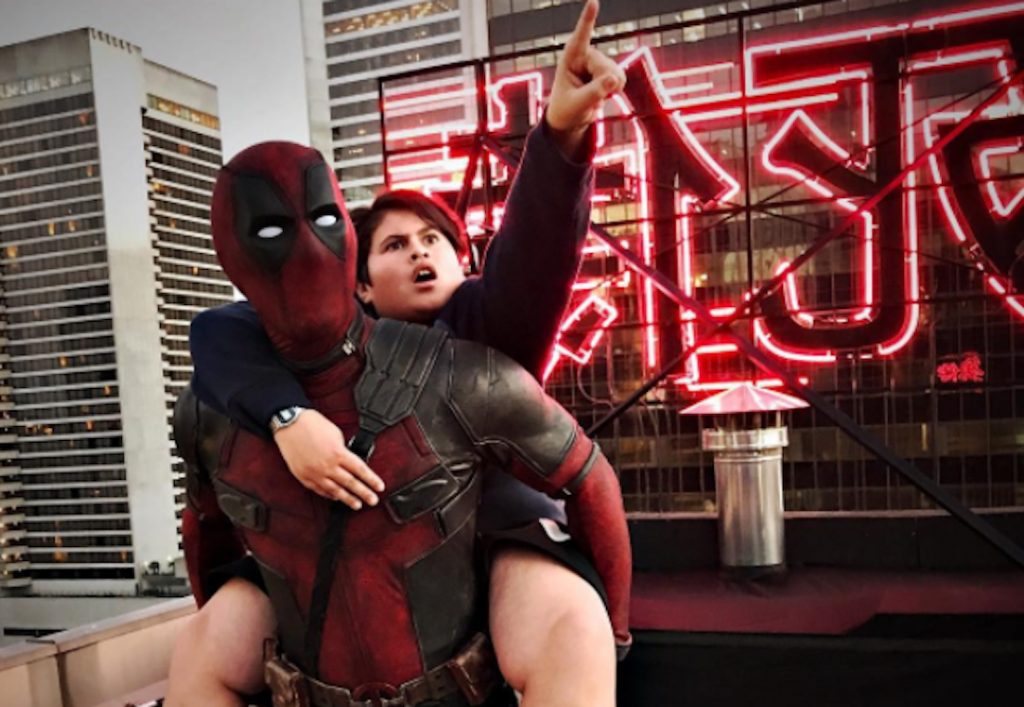 Hunt for the Wilderpeople‘s Julian Dennison is in Deadpool 2

Julian Dennison was phenomenal as Ricky Baker in Taika Waititi’s glorious ode to his native New Zealand Hunt for the Wilderpeople, which stood out in crowded field of great films last year. As a foster child who finally finds a warm home, only to see a tragedy upend his newfound sense of family and security. So he and Uncle Hec (Sam Neil, a beloved Kiwi) went on the run in the bush, triggering a national manhunt and making them brand new outlaws. Well, it looks as if Dennison has found another role likely to steal our hearts—Ryan Reynolds posted a new photo on his Instagram feed from the set of Deadpool 2 showing his titular superhero giving a piggyback ride to none other than Dennison, which is reminiscent of a scene from Waititi's film (also note, Waititi is the director behind Thor: Ragnarok). 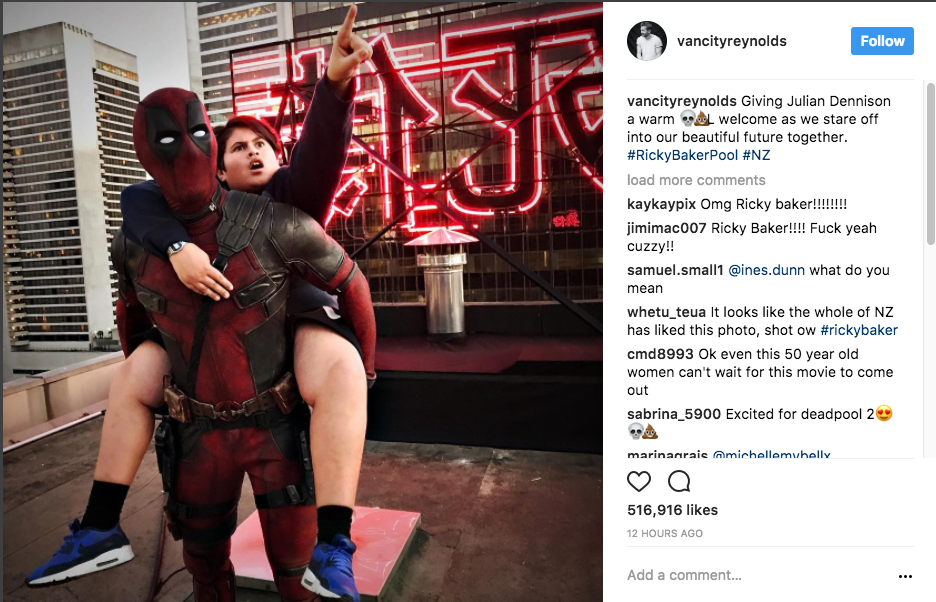 We have no clue what kind of role Dennison is playing, whether he'll be a comedic sidekick (and potentially great foil for Brianna Hildebrand's stoic Negasonic Teenage Warhead) or, perhaps, a mutant himself. Perhaps Dennison will play a kid who forces Deadpool to think of more than just himself and his girl, Vanessa (Monica Baccarin). Whatever the case may be, his involvement is yet another bit of ace casting, following Josh Brolin as Cable and Atlanta's breakout star Zazie Beets as Domino.

Deadpool will be in theateres in 2018.