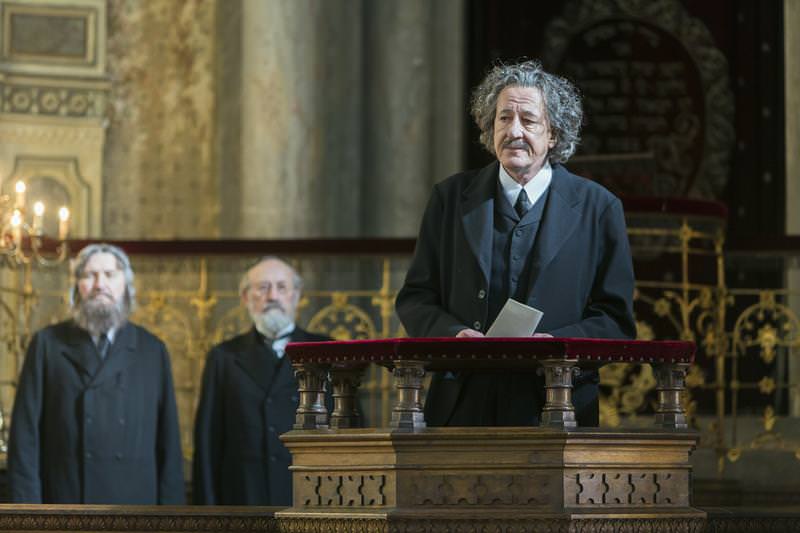 The first season of National Geographic’s Genius chronicled the life of a man whose name has become almost synonymous with brilliance – Albert Einstein. The story exposes the personal side of Einstein’s life that his scientific contributions often overshadow in textbooks. Filmed in the Czech Republic, primarily Prague, Genius production designer Jonathan Lee created over 600 sets to take audiences from Einstein’s small Swiss studio apartment to his famed lecture halls and Nazi Germany. With a story that spans several decades, Lee and his team painstakingly ensured the accuracy of every prop in the proper time period, not to mention those elaborate mathematic equations.

We spoke with Lee about the man behind the celebrated mind, rebuilding the life of the most famous physicist of the 20th century, the pressure to get the science right, and more.

Behind the Scene of National Geographic's Genius: Sets and Production Design from WhereToWatch on Vimeo.

What do you think will surprise viewers about Einstein while watching the show?

He’s obviously very well known for being literally a scientific genius. He took a great leap into the dark and was working on things that people could not begin to understand, even other scientists. It took him a long time to get scientific credibility. What [audiences] might not recognize is how much of a pacifist he was. The irony was that his theory of relativity ultimately led to the development of the A-bomb. This caused him great distress. It also made him realize the only way to beat Nazi extremism was to use this weapon. He probably didn’t see that coming in his life.

How did the things you learned about Einstein affect the way you designed the sets?

The thing that we were always aware of when designing sets and dressing them was the absolute chaos that his private life was in. He had many women in his life and children, but his focus was always on his work. As a result, his private life suffered terribly. Cleary a great scientist, but he had this sort of chaotic mixed up personal life and also great pain later in his life for the use of his work to produce such a deadly weapon. These things were in the minds of the art department the whole time. We were quite strategic how we showed everything throughout the show. We controlled the color and the texture of all the sets. We decided with Ron Howard to deny the color red wherever possible leading up to 1932 when Einstein was really confronted by the Nazis and the swastika appeared on the screen for the first time. We wanted that to be a shocking moment. That was where the design of the show was very tightly controlled. When the red came in, it was very powerful. 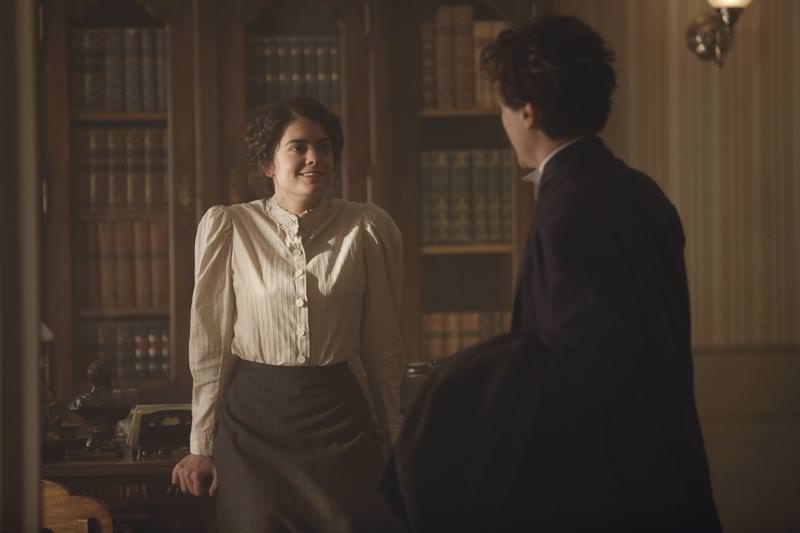 Did you enjoy shooting in Prague for this project?

I love shooting in Prague. In a way, it was the perfect city to choose because the architecture lends itself very well to the story, which went through a long period of time over many decades. Also, the story moves from country to country. Prague doubles for many places: Berlin, Zurich, and it stood in for itself. There were also other cities in the Czech Republic that we used, which gave us a wider palette for the language that we were developing.

How do you make distinctions between each country the scene was set in?

Prague has many faces to it. It’s got the very well known baroque heart to the city, which obviously we used when shooting Prague for Prague. Also, on the outskirts of the city it had more generic central European architecture that gave us a lot more flexibility. When we were shooting scenes that were supposed to be in Germany, I found a square in Prague that was incredibly similar to a square that was close to where Einstein lived in Berlin. It was amazing. We also were very careful to choose areas of Prague that were quite devoid of color, a little bit more bleak, the architecture a little more plain, which helped us deliver Germany. It puts a little contrast to all the scenes. On occasion, we had to adapt using construction and set pieces to help us out. 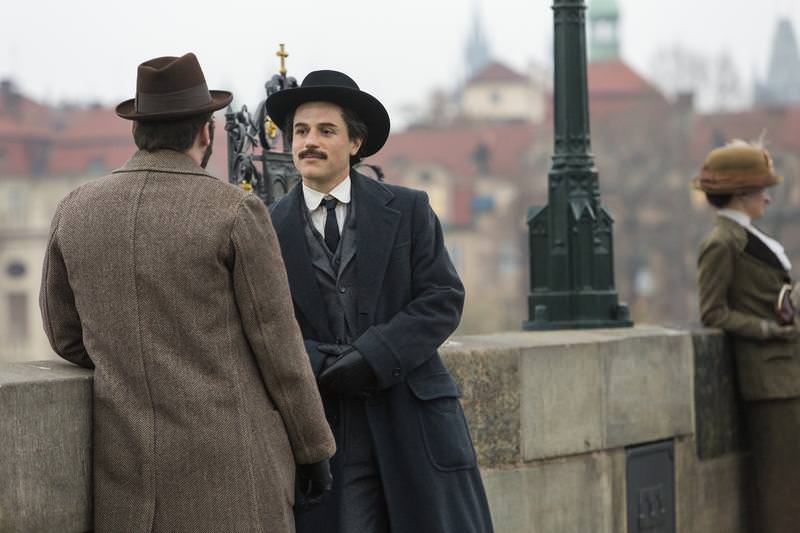 Is it difficult to film scenes on location that occurred more than a half century ago?

One of the problems was that so many of the roads now are black top and at the time, they wouldn’t have existed. We had to choose areas that had lovely old cobbles in the streets. The lecture theaters were extremely difficult. Although there were many lecture theaters in Prague, they had almost all been pretty extensively modernized. Even if it’s an old room, you have modern lights, seating, and projection equipment, so we built two lecture theaters, which we got a great deal of use out of.

Did you build a lot of the sets or shoot mostly on location?

We had a huge number of sets throughout the show. We had about 600 sets. The bulk of them were shot on location. We started by really finding every location we possibly could that would work for us. But there were certain types of indoor sets that were difficult to find or work with. We couldn’t find anything that worked for Einstein’s apartment in Berlin when he was very established, relatively wealthy. The decision was to build a set, but I built it in a way that we could adapt it for other sets as well. I always make a joke, I have a very Scottish approach to set building. I never get only one use out of a set. 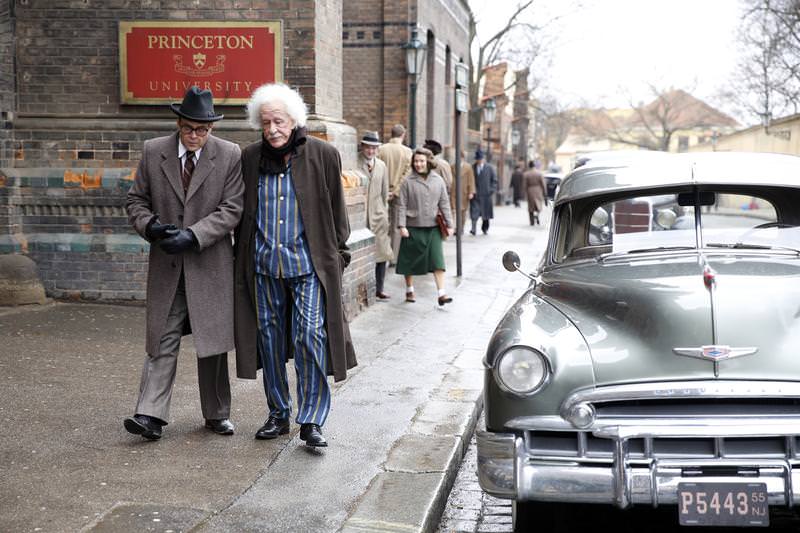 There were a lot of advances in technology from the late 19th into mid 20th centuries. How did those changes affect production?

We had a very close relationship with the director of photography and the lighting department about how we tackle the change in the lighting throughout the show, which was considerable. At the beginning of the show, interiors were lit with paraffin lamps, oil lamps and gas lamps. They have a very particular look. A lot of discussion and experimentation went into seeing how we work with these light sources. As the story went forward into the 20th century, at long last electric lighting came into the story. That was a huge sigh of relief because then we could use real electric light sources.

How did you maintain the great level of detail and historical accuracy throughout the series?

That takes an enormous amount of time to research what the dressing should be set by set, scene by scene. The attention to detail was massive. There’s actually a great deal of specific information on the homes that Einstein lived in. He was photographed extensively throughout his life, so we were pouring over these photographs looking through the details. His life, his home, his furniture, paintings on the walls. And it’s interesting how that changed throughout his life as he grew older and was married and made a bit more money. 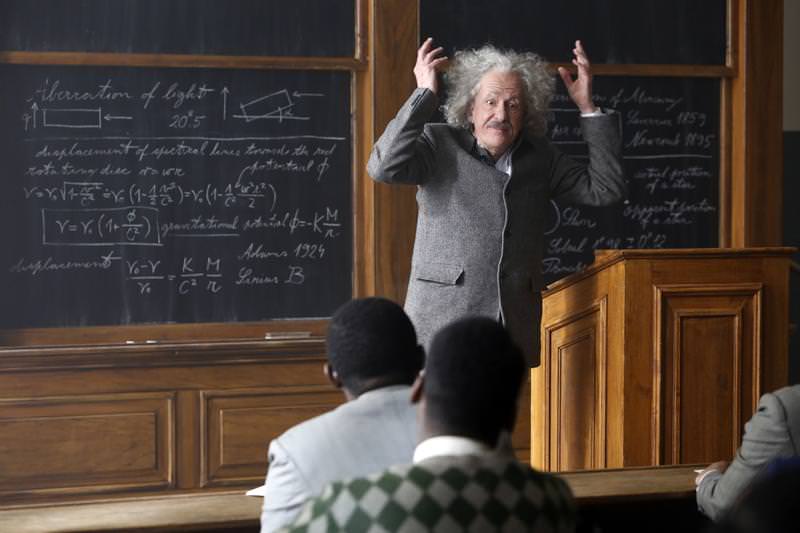 Is all of the science and math on the show actually accurate?

Yes, and that included the blackboards that he wrote on. Being a Nat Geo show, we knew this information had to be completely accurate. We were lucky because there was a massive amount of information on what Einstein’s lectures were. That was well recorded and we have lecture notes and images of his handwriting. And then we have the scientific experts. The scripts were very well informed scientifically, but we had to take it to an even greater level. The experiments he was doing in the laboratories or other characters were doing like the x-ray. We were very lucky that there were many academics in Prague who gave us tons of information and supervised closely the work we were doing. So when we took the hand props, experiments and blackboards to the set, we were as confident as we could be that we got that stuff right.