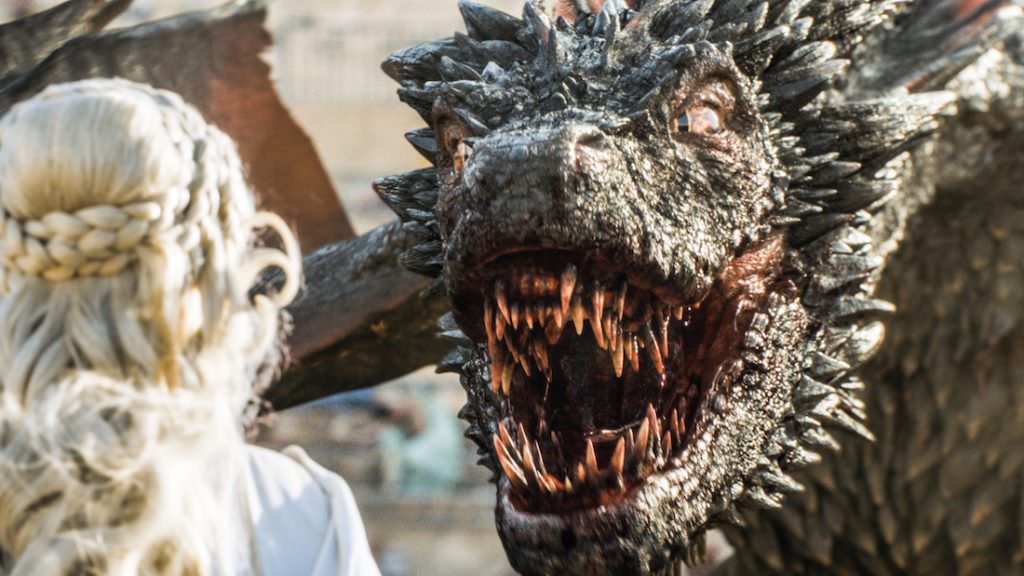 You have to love the ambitious, slightly mad professionals who work on Game of Thrones. For TV's biggest, wildest series, simply setting a few stunt professionals on fire is never enough. Up until season seven, arguably the craziest practical effect created by the GOT team took place in season five's "The Dance of Dragons." This was the sequence in which Daenerys' largest dragon, Drogon, swooped in to save her from the fighting pit in Meereen. While Drogon himself is obviously CGI, the fire was most decidedly not; it was the work of a massive flamethrower that set 20 stunt professionals on fire.

Showrunner David Benioff has told Entertainment Weekly that the above sequence will be nothing compared to what they've got cooking for season seven. We already know that Dany's dragons are full grown (the size of 747s, no less), and they will be heavily involved the battle for Westeros, so it makes narrative sense that they'd been barbecuing more people than ever before. This being GOT, it won't be enough to simply increase the dragons fire potency, the gang is going for a Guinness book of world records entry here:

"In one battle scene we set more stuntmen on fire than have ever been simultaneously set on fire. Our stunt coordinator really wanted to get in the Guinness Book of World Records for this," Benioff told EW.

It's one thing to wrap a stunt person up in fire resistant clothes and cooling gel and set them on fire, but for season seven, the GOT folks are setting 20 stunt people ablaze simultaneously. And in order to do that, they're using more fire than they ever have before. Here's stunt co-coordinator Rowley Irlam explaining it to EW:

“One sequence has 73 fire burns and that itself is a record. No film or TV show has ever done that in a whole show, let alone in one sequence. We also set 20 people on fire at one time, which is also a record. I think in Saving Private Ryan they had 13 on a beach, and on Braveheart they had 18 partial burns. Because of the nature of our attacking animals, we had the liberty to expand on that. It’s totally different from going underwater in your bathtub and counting the seconds in your head. If somebody bumps you and you breathe in by accident you will breathe in flame.”

Game of Thrones season seven will be burning up your TV on July 16.