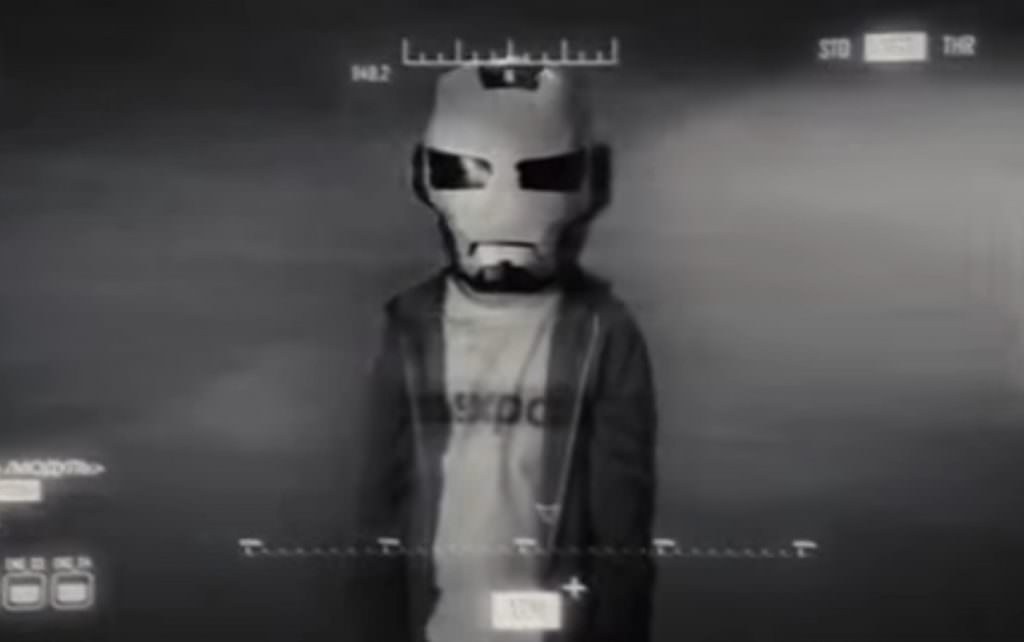 It’s a special day when a really fun fan theory is proven true, and that’s exactly what's happened today. Tom Holland, who plays Peter Parker in the upcoming Spider-Man: Homecoming, has confirmed to The Huffington Post that a long-held fan theory that the little boy wearing an Iron Man mask near the end of Iron Man 2 was, in fact, a young Peter Parker.

“It is Peter Parker,” Holland told Huff Po, thus taking away his own claim to have been the first to play Parker in a Marvel movie (Holland's Peter Parker had a memorable part in Captain America: Civil War). “I can confirm that as of today. I literally had a conversation with Kevin Feige only 20 minutes ago. Maybe I’ve just done a big, old spoiler, but it’s out there now,” said Holland. “It’s cool. I like the idea that Peter Parker has been in the universe since the beginning.”

Here's the moment he's referring to:

How fantastic is that? Fans have been speculating years that this little kid was Parker because the scene takes place at the Stark Expo, which was in Queens (Parker’s home borough), because the little dude is clearly a fan of both Iron Man and technology (remember that a teeange Parker is a science geek), and, the ages just about match up.

In Marvel’s Cinematic Universe, Peter Parker was apparently in the city when the battle of New York happened at the end of the first The Avengers. Homecoming director Jon Watts told io9 that the battle had a major impact on the young Parker: “The one is seeing Tony Stark on TV, reveal to the world that he’s Iron Man. That would be so dramatic. Then, yes, the events at the end of Avengers would be a big deal to a little kid. And I think that might be something that would be worth exploring.”

Considering Parker not only witnessed the destruction of his beloved hometown (and Iron Man's role in helping save the city), no wonder he's got so much affinity for Tony Stark. Now add to that the fact that Stark, as Iron Man, once complimented the kid after saving his life, and you've got yourself the makings of a really great duo in the upcoming Homecoming, and reason enough for Parker to feel Stark is his mentor and benefactor.

Who else might be hiding in plain sight in some of the older Marvel films? We're guessing some super fans will surely find out.