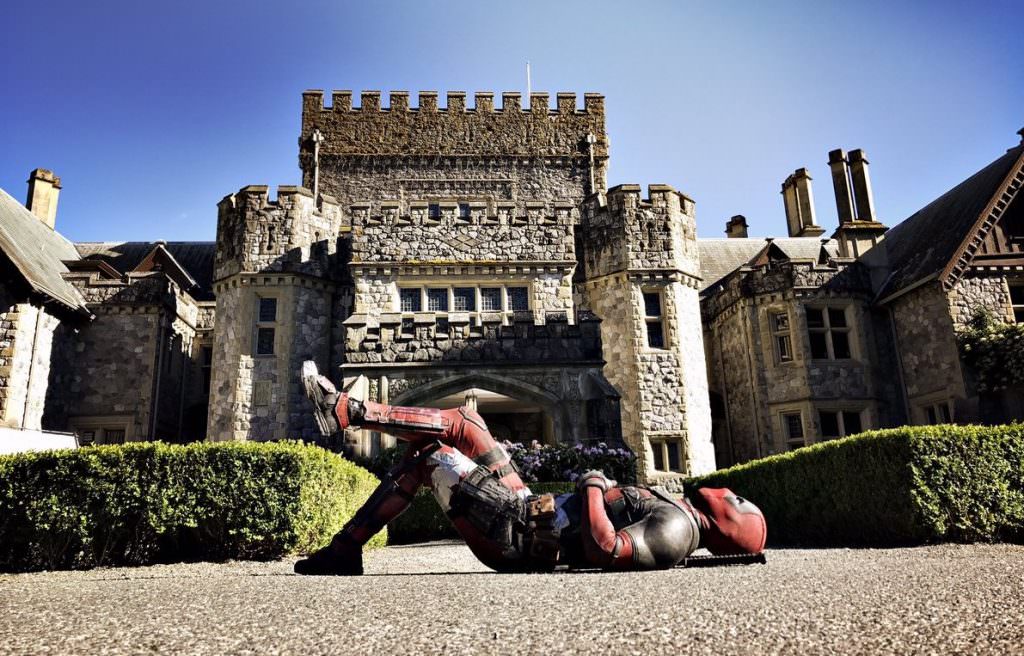 Deadpool Drops by to see Some Frenemies in new Photo

Ryan Reynolds Twitter feed is always a fount of Deadpool related material and information, and the latest photo he shared is a doozy. There’s Reynolds in his full Deadpool kit, lounging outside a certain famous mansion. Yup, that’s Charles Xavier’s School for Gifted Youngsters, only once again, nobody seems to be answering the door for mouthy Wade Wilson. 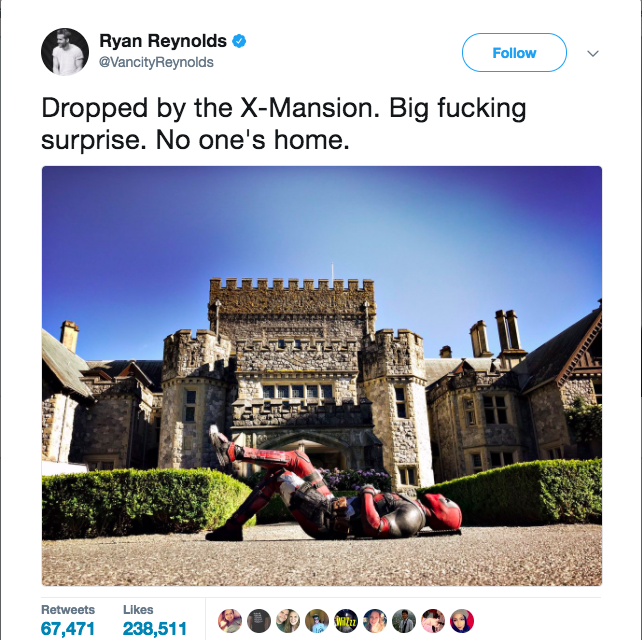 The actual location for the iconic school is in British Columbia—it’s Hatley Castle, a former naval training facility that has been used for the public Royal Roads University since 1995 (and the occasional X-Men or Deadpool shoot). In last year’s Deadpool, Wade shows up at the X-Mansion, as he calls it, to ask Colossus (Stefan Kapicic) and Negasonic Teenage Warhead (Brianna Hildebrand) for help. Wade jokes at the time is that it’s mighty convenient none of the other X-Men were home to pitch in, the joke being that they the studio wasn’t going to spend the necessary money to get, say, Wolverine involved (despite Ryan Reynolds desire to reunite Deadpool and Wolverine.)

Deadpool was such a smashing success that it’s fair to wonder whether or not the sequel will have a few more mutants, in addition to the big new additions like Josh Brolin’s Cable and Zazie Beetz as Domino (members of the X-Force), and returning heroes Colossus and Negasonic Teenage Warhead.