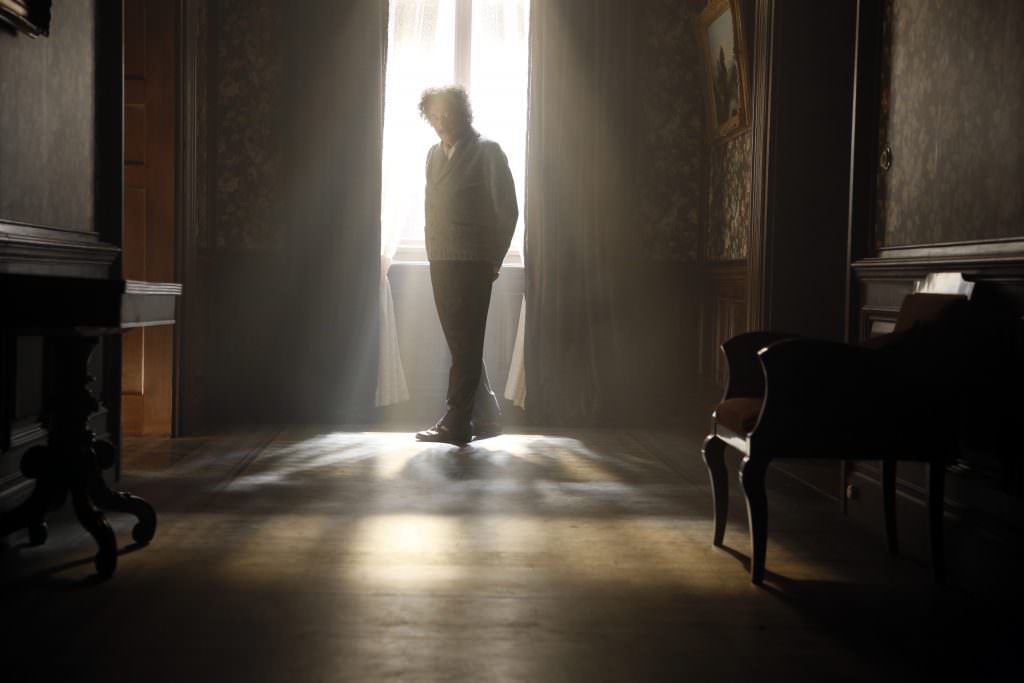 Last week we shared with you the story of how the hair and make-up departments working on National Geographic's Genius have transformed stars Johnny Flynn and Geoffrey Rush into the young and not-so-young Albert Einstein at the different stages of his life. Now, we've got an exclusive clip from behind-the-scenes of the show (Nat Geo’s first foray into scripted drama, by the way) that showcases the work of showrunner Ken Biller and cinematographer Mathias Herndl.

The clip is a preview of the series’ heartwarming finale that airs tonight. The show is set to conclude with a glimpse into the relationship between the famed physicist and a precocious young scientist who hopes to follow in his footsteps. Biller helped bootstrap the show into existence, while Herndl's sweeping cinematography, a feat in itself, is totally worth the eleven takes to get the shot just right.

Biller is TV writer, producer, and director, who was most recently the showrunner and executive producer of Legends on TNT. His other credits include serving as executive producer and head writer for E-Ring on NBC, Six Degrees on ABC, and Star Trek: Voyager on UPN. He's also worked on North Shore, Smallville and Dark Angel, Legend of the Seeker, and Perception, which aired on TNT from 2012-2015.

Herndl has lensed more than 108 episodes of TV, 15 TV movies and 3 video shorts. His work on the show has been both subtle and affecting, peppering Genius with sly visual references to the groundbreaking, cosmos changing discoveries that Einstein made in his lifetime. Thanks to Biller, Herndl and the Genius team, Nat Geo's first scripted drama is an equation that works.

Check out their work on Genius here:

An Exclusive Clip Highlighting the Showrunner & Cinematographer from National Geographic's 'Genius' from WhereToWatch on Vimeo.