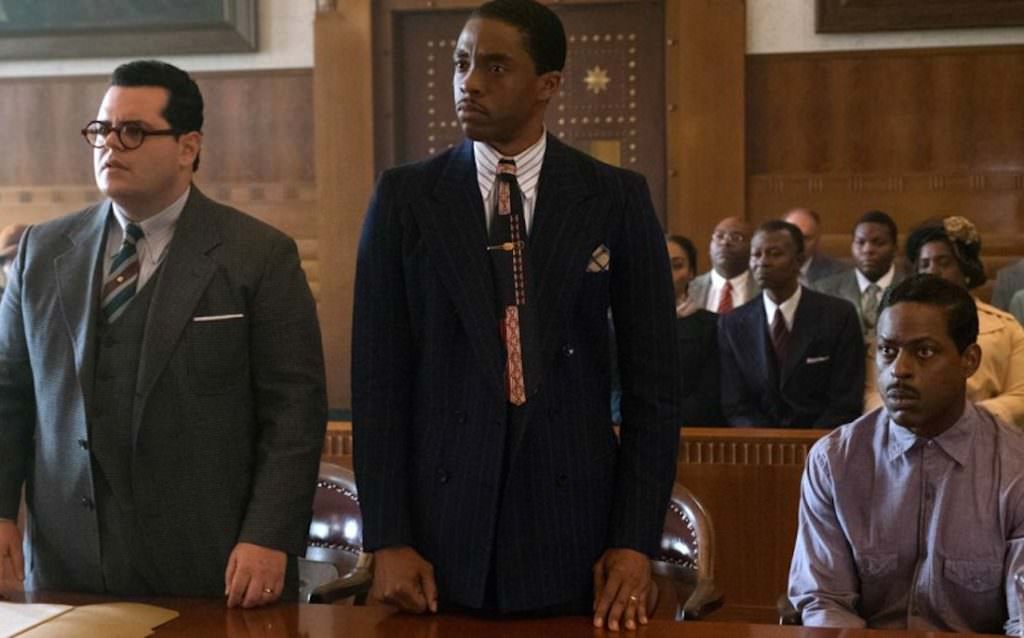 While everyone’s buzzing about Chadwick Boseman’s upcoming turn as T’Challa, also known as Black Panther, you can watch the rising star in a film coming out this year, Reginald Hudlin’s Marshall. Boseman plays the legendary Thurgood Marshall long before he fought for Brown v. Board of Education and became the first African-American Supreme Court justice. In the first trailer for the film, we see Marshall as a young lawyer defending a black chauffeur named Joseph Spell (Sterling K. Brown) accused by his white employer, Eleanor Strubing (Kate Hudson), of sexual assault and attempted murder.

Boseman has already proven he’s got the charisma to take on larger-than-life historic figures in biopics before in his thrilling performance as James Brown in Get On Up. In Marshall, he’s playing Brown’s polar opposite, a titanic figure in the world of law who went on to leave a huge mark on the country.