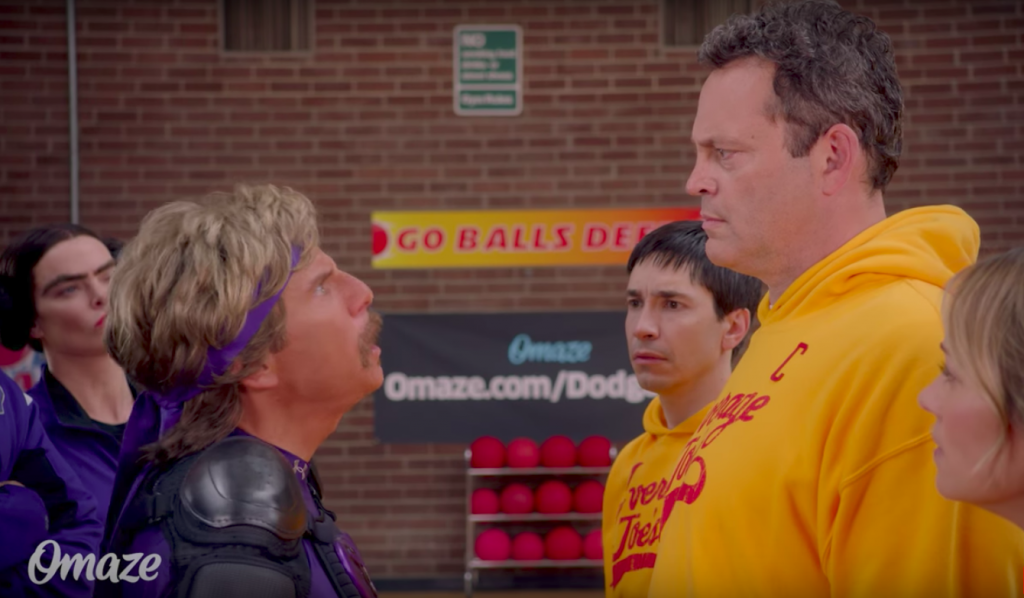 The Cast of Dodgeball Goes Back to the Gym for Charity

You’ve seen the Omaze commercials. A super cool celebrity raising money for an awesome cause and a chance to hang out with them. The likes of Matt Damon, Kobe Bryant, Meryl Streep and Chris Pratt have donated their time to the cool crowd funding site, but the latest campaign may have outdone all that came before.

The cast of Dodgeball filmed an in character reunion video supporting, what else, The Stiller Foundation. Ben Stiller adorned the memorable blonde wig and what must be buckets of self-tanner to bring gym bully White Goodman back to life. Missi Pyle, Brandon Molale and Jamal Duff round out the Purple Cobras from Globo Gym.

The whole cast came out to support – er – challenge Stiller. Vince Vaughn, Justin Long, and, Stiller’s real life wife, Christine Taylor reunited as the Average Joe’s. Despite being 13 years since the film premiered, not a single one of them appears to have aged a single day.

The four minute sketch is an innuendo laden show down that calls back to all the best jokes from the original. Yes, that of course includes wrench throwing. Charitable contributions enter you for a chance to actually play dodgeball with the cast. That means you’ll have to choose between Stiller and Vaughn, so you might want to rewatch the original to see who you think will win.