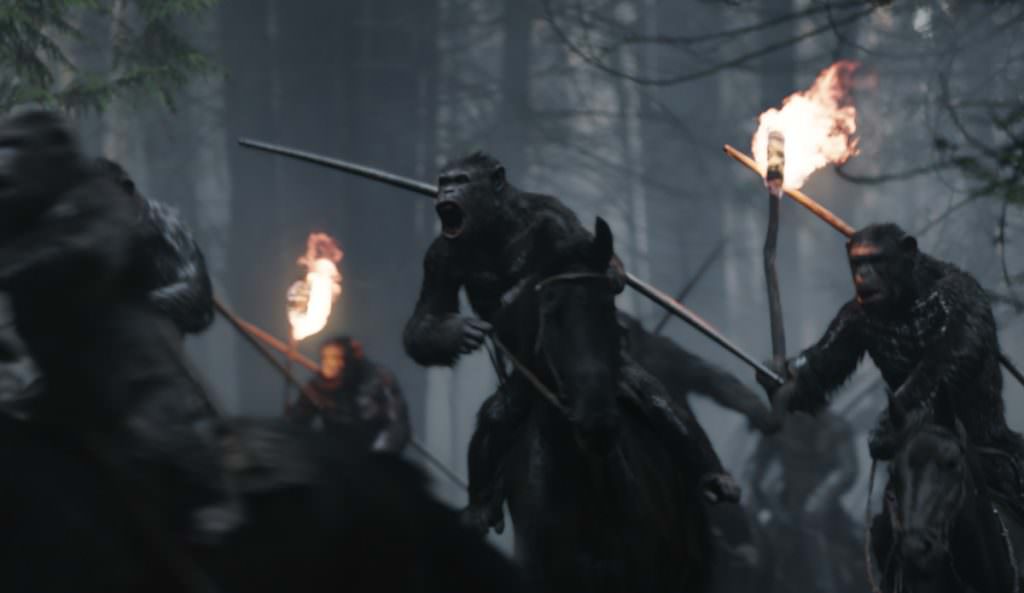 The performance-capture technology that Andy Serkis has helped perfect, from his performances as Gollum in The Lord of the Rings to his star-turning work as Caesar in the Planet of the Apes reboot has become practically flawless. Every new clip we've seen from War for the Planet of the Apes, the final film in the new trilogy, has shown how far the tech has come, even from Dawn of the Planet of the Apes, which premiered only three years ago. In the latest look at the film, 20th Century Fox has dropped a clip that shows the films two leads, Serkis's Caesar, the trilogy's hero, and Woody Harrelson's Colonel, the villain, in a quiet moment of confrontation.

Caesar and his apes have been forced into deadly conflict with the Colonel and his army of humans. Every clip we've seen has shown the Colonel with a clear upper hand, with the film's synopsis mentioning how the apes suffer unimaginable losses. The great twist in the reboot is that now you're rooting for the apes, and in this final film, Caesar will be fighting against his darker instincts to seek revenge against the Colonel and the humans he leads. The film pits these two against one another, and this scene shows a crucial moment later in the film when their paths finally cross.

War for the Planet of the Apes hits theaters on July 14.