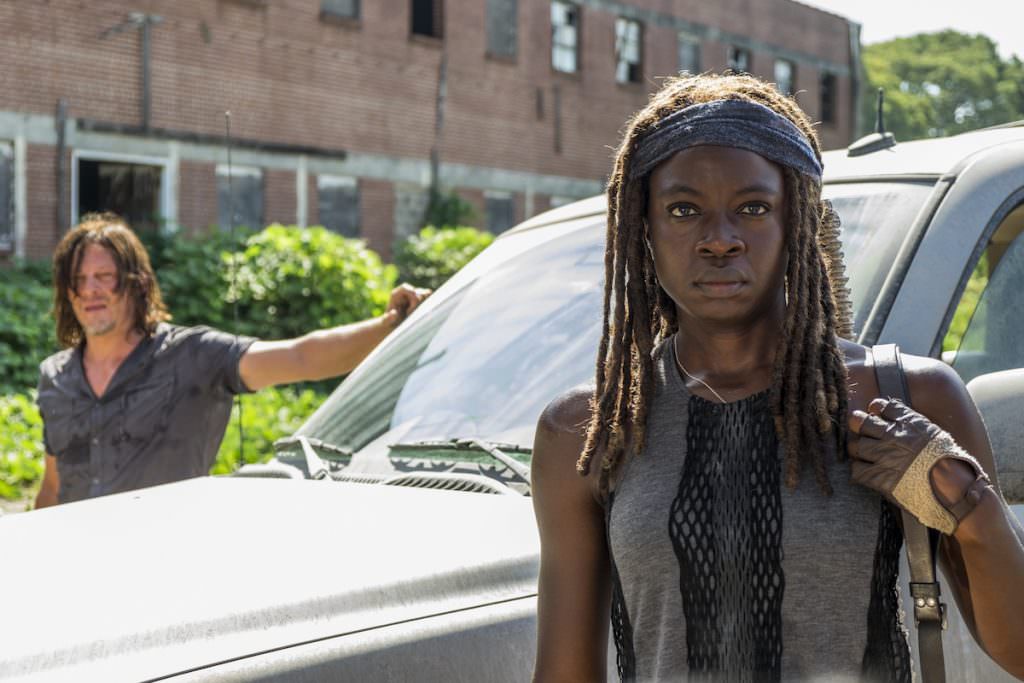 The cast for Avengers: Infinity War keeps getting more impressive. Deadline reports that Black Panther and The Walking Dead star Danai Gurira is joining Avengers: Infinity War. While it’s not official, it seems likely that Gurira will be playing her Black Panther character Okoye, a member of T'Challa's (Chadwick Boseman) elite bodyguard unit called the Dora Milaje, made up of female warriors who watch T'Challa and the rest of his royal family.

Gurira is a multi-talented star. She was recently nominated for a Tony for her play "Eclipsed," which she wrote. She co-stars in Benny Boom's upcoming Tupac Shaku biopic All Eyez On Me, playing the legend's mother, Afeni Shakur. It should be noted that Afeni was an actual member of the Black Panthers.

Gurira has proven she can kick butt with the best by playing Michonne on AMC's ratings juggernaut The Walking Dead.  With Gal Gadot's Wonder Woman proving that fans will flock to see a superhero no matter their gender, it'll be great to see her mixing it up with the rest of the superheroes in Avengers: Infinity War, which will is going to be the biggest Marvel movie to date.

The Emmy-Nominated “Ted Lasso” Editors on Cutting to the Funny